Kyrgios positive for COVID ahead of Australian Open - GulfToday

Kyrgios positive for COVID ahead of Australian Open 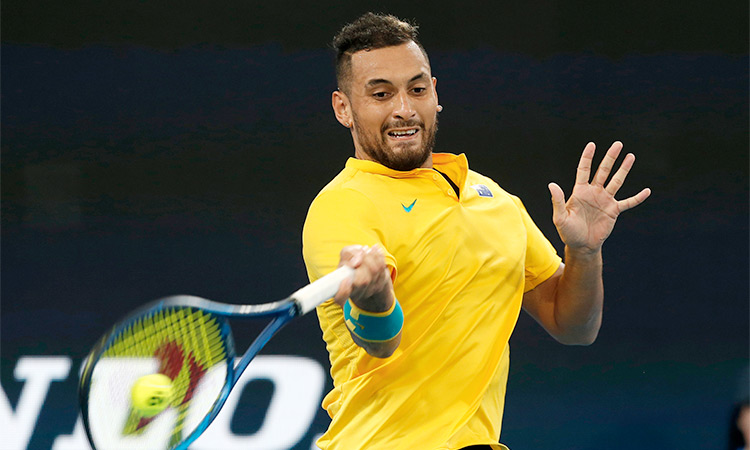 Nick Kyrgios said Monday that he has tested positive for Covid-19, casting major doubt over whether he can play at next week's Australian Open.
The polarising Australian was due to play his first match of the season at the Sydney Classic but pulled out just hours before his evening clash with Italian Fabio Fognini.

"Hey everyone, I just want to be open and transparent with everyone, the reason I have had to pull out of Sydney is because I tested positive for Covid," he said in an Instagram story.

"I am feeling healthy at the moment with no symptoms. I wish everyone all the best and to stay safe where you can. If all goes well I will see you all at the Australian Open."

The 26-year-old crowd-pleaser is widely seen as Australia's best player despite his world ranking slipping to 114 after a lengthy period away from the game.

He has not played since the Laver Cup in late September, citing a knee injury.
Despite his on-court antics Kyrgios remains wildly popular at home.

His absence from the Australian Open would be a major blow because he regularly attracts packed stadiums and bumper television audiences when he plays at Melbourne Park.
He also withdrew from the Melbourne Summer Set tournament last week, saying at the time he was unwell but had been cleared of having coronavirus. Organisers blamed asthma.

"I have been feeling rundown and unwell for four days," he said then.
Kyrgios held a press conference in Sydney on Saturday, where he came to the defence of Novak Djokovic, who won a court battle on Monday to overturn the cancellation of his visa on Covid health grounds.

He called Australia's treatment of the Serbian world number one "really bad", adding that it was "not really humane, is it, what's going on".
The Australian Open starts next Monday.