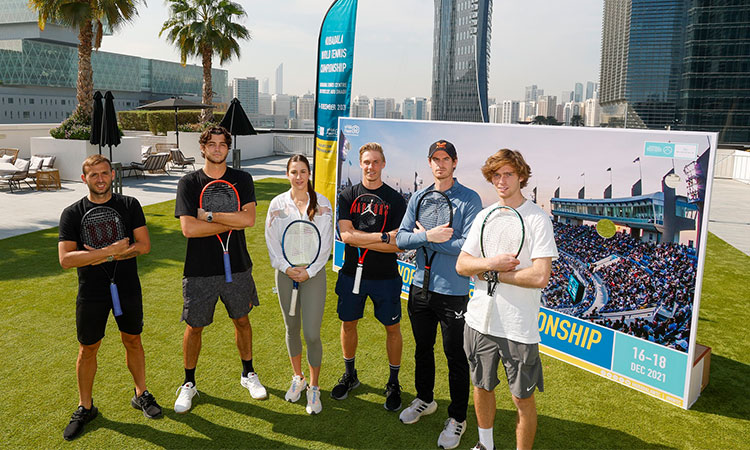 The star-studded line-up for this week’s Mubadala World Tennis Championship took time out from their respective preparations to go head-to-head in a fun, competitive shootout challenge at SkyPark at The Galleria Al Maryah Island on Wednesday.

Each player was given 60 seconds to answer a series of questions on tennis, before tasked with firing balls through various holes ranging from 4-10 inches in circumference.

With each hole offering different points to players, and the smallest holes only slightly wider than a regular tennis ball, Evans emerged victorious from the tense and hilarious encounter by amassing 25 points.

Meanwhile, Ons Jabeur, the highest-ranked Arab player ever, joined the star-studded line-up in last-minute to replace US Open champion Emma Raducanu, who was forced to withdraw after testing positive for COVID-19.

Jabeur, Africa's No.1, has enjoyed a strong season, reaching the quarter-finals at Wimbledon and winning her maiden WTA title by defeating Daria Kasatkina at the Birmingham Classic, making history as the first Arab to win a WTA Tour event.

“I am proud and honoured to be the first Arab woman to play the Mubadala World Tennis Championship. 2021 has been a terrific year for me and I know that the Championship is the best start to an exciting 2022 season,” said Jabeur.

Murray, who has split with long-term coach Jamie Delgado ahead of the 2022 season, said that his future as a professional tennis player will be decided next season, adding that he would leave ‘no stone unturned’ in his quest to return to the top of the sport.