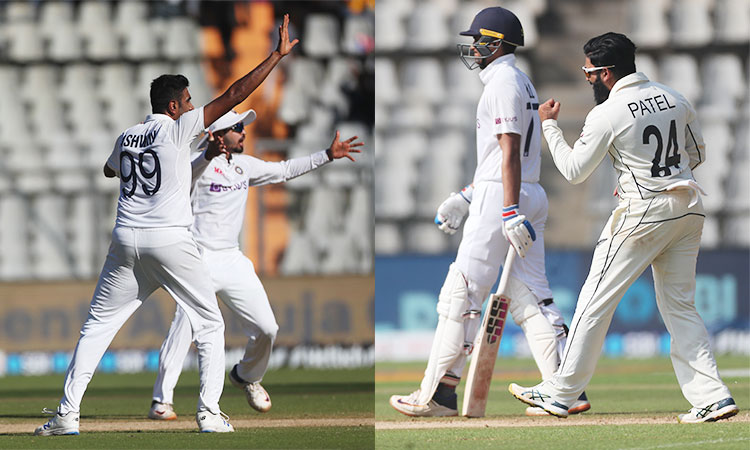 India will be keeping a wary eye on New Zealand batter Rachin Ravindra, who along with last man Ajaz Patel had defied India for nearly 10 overs and denied the hosts victory in the first Test of the series in Kanpur.


India need another five wickets to win the second Test as New Zealand chase an improbable 540 despite the Kiwis' Mumbai-born Ajaz Patel returning a record 14-225 on Sunday.

New Zealand ended day three on 140-5 after the hosts declared their second innings, after left-arm spinner Ajaz, who took 10 wickets in an innings, put up best-ever match figures by a bowler against India. The previous best was England fast bowler Ian Botham's 13-106 in Mumbai in 1980. 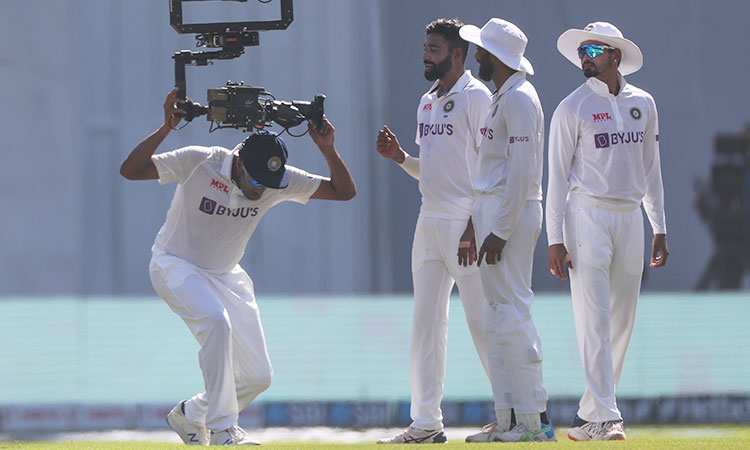 Ravichandaran Ashwin plays with Spidercam during the day three of their second Test match in Mumbai. AP

Henry Nicholls, on 36, and Rachin Ravindra, on two, were batting after Indian spinners Ravichandran Ashwin (3-27) and Axar Patel rattled the New Zealand top-order.

"I think it's important to keep our intent high. Get into good positions and smother the ball nicely," Ravindra, who stood in an unbeaten partnership with Ajaz to help New Zealand hang on to a draw in the previous Test, told reporters.

"It wasn't just me (who defied India in Kanpur), it was the team that did it. Two days and a lot of cricket to play here. Take it ball by ball and maybe do something special." 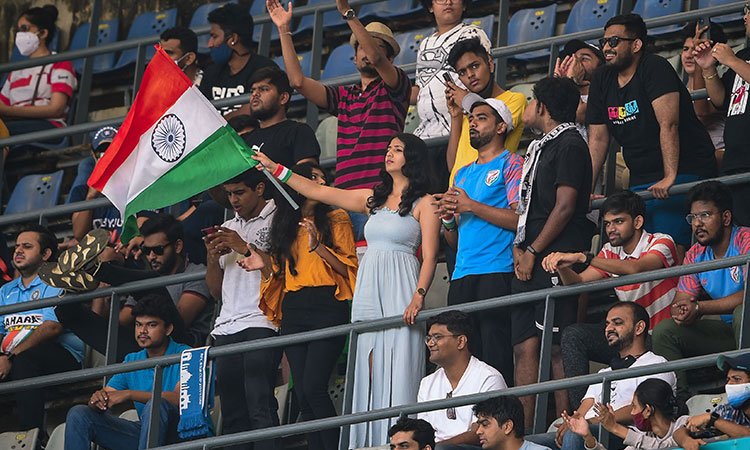 Cricket fans wave the Indian national flag during the third day of the second Test match at the Wankhede Stadium. AFP

Ashwin struck first with the wicket of stand-in skipper Tom Latham for 10 and then took down Will Young and Ross Taylor in successive overs.

Daryl Mitchell resisted and raised his third Test fifty with a boundary off fast bowler Umesh Yadav. He put on 73 runs with Nicholls for the fourth wicket.
Mitchell finally fell to Axar's left-arm spin and wicketkeeper-batsman Tom Blundell was run out on nought as a raucous home crowd roared.

Axar hit an unbeaten 41 before India called off their innings in the second session at 276-7, with New Zealand already a wicket down by tea.
The hosts did not enforce the follow on Saturday after they dismissed New Zealand for 62 and batted about two sessions, but Axar insisted they needed batting time. 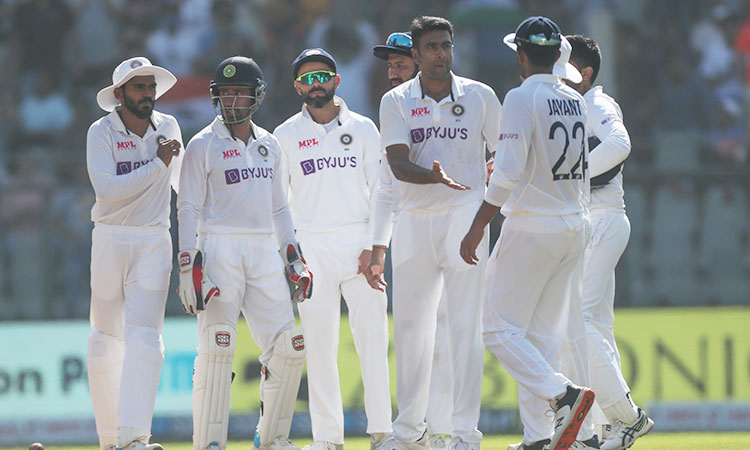 Ravichandaran Ashwin celebrates the dismissal of Tom Latham with his team players. AP

"I won't call it delay as there is so much time left in the game," Axar said in response to the question of India batting too long. "The idea was to bat as long as possible as this kind of a situation, you don't get every day, so the plan was to make the most of it."

Overnight batsmen Mayank Agarwal (62) and Cheteshwar Pujara (47) put on 107 runs to take the attack to the opposition in the first hour of play.

Agarwal, who made 150 in India's first innings of 325, reached his fifty with a six off Ajaz and followed it up with another boundary to signal his attacking intent.

He finally fell to Ajaz, who almost bowled unchanged from his end in the morning session, after another attempt to go for the big shot got him caught at long-off.
Pujara, who hit Ajaz for two successive boundaries early in the morning, was denied his fifty after being caught at slip. 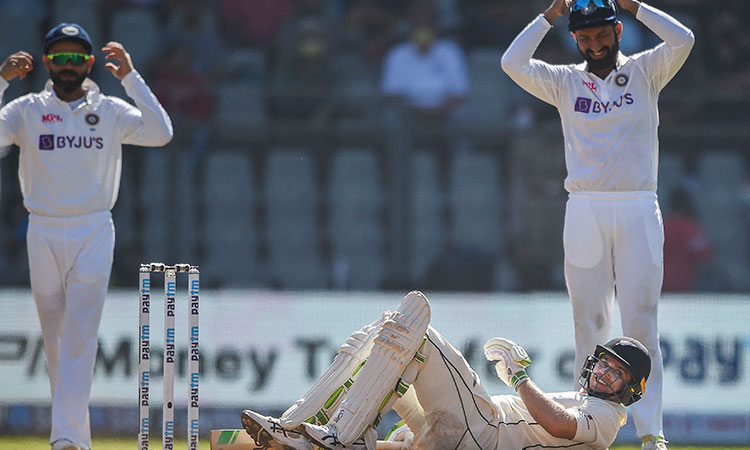 Tom Latham falls on ground while playing shot during the day three of their second Test match. AP

Ajaz, who moved to Auckland with his parents in 1996, made his debut for New Zealand in 2018 as a 30-year-old and is playing his 11th match. New Zealand's batting collapsed in the final session on Saturday, leaving India with a lead of 263. 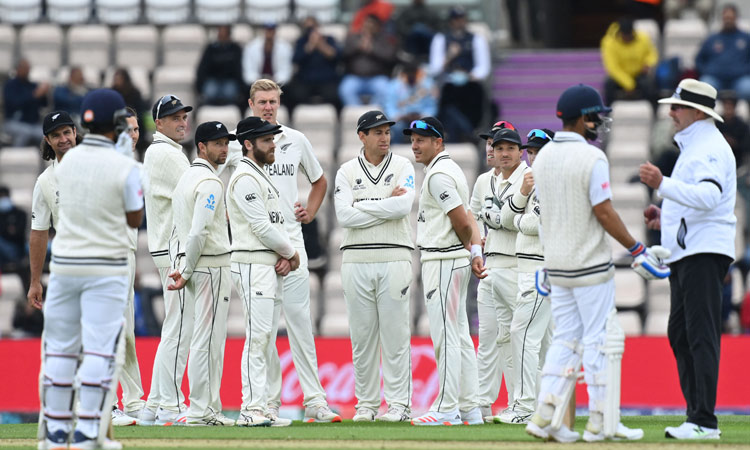