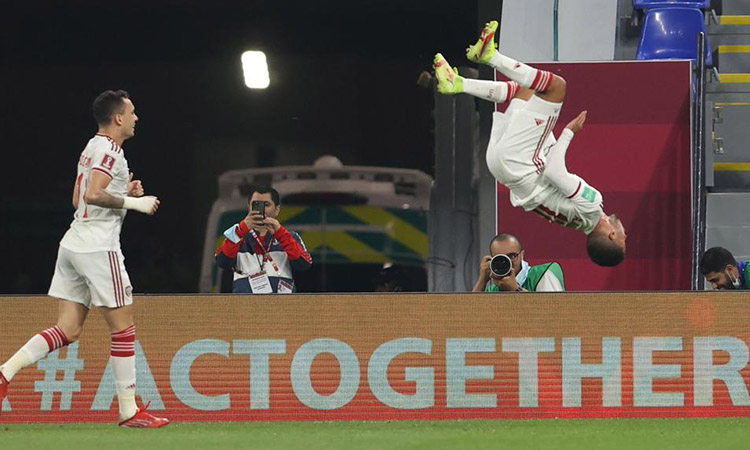 Canedo broke the deadlock in the 24th minute to give the UAE 1-0 lead.

He slotted home the opener off a pass from Mohammad Bandar. The UAE kept on attacking through their strikers and got the second success six minutes later.

Saleh Al Hassan picked up pass from Canedo and tapped it in the net to make it 2-0.

With a lead of 2-0, the UAE were cruising along nicely as Syria struggled to penetrate the water-tight defence of the UAE.

The half-time ended in 2-0 as the UAE kept the Syrian players at bay. Fifteen minutes from the break, Syria pulled one back through Ward Al Salam. He scored off a through ball.

The tournament is being billed as a prelude to the 2022 Qatar World Cup, which will be held in Qatar exactly one year from now.

A total of 16 teams are taking part in the tourney, who will vie for the top honours over a period of 18 days.

The UAE were held by Syria in their World Cup Qualifier, which had derailed their campaign.

But after a series of draws and a loss against Iran, the UAE finally got their campaign back on track with a 1-0 victory over Lebanon.

They have kept their World Cup hopes alive through the best third placed finish. With the victory, the UAE have jumped to the third spot in their group with six points behind Leaders Iran and South Korea.