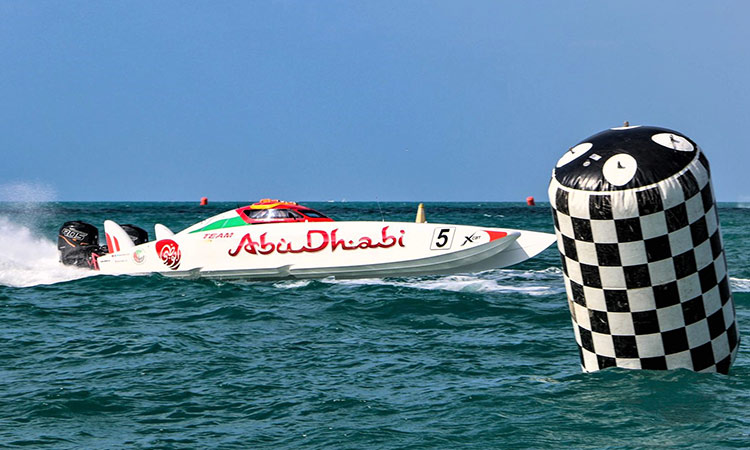 The Emirati duo in Abu Dhabi 5 were fastest in official practice and later qualified in second position for Wednesday’s first of three Grand Prix races taking place in the space of four days off Fujairah International Marine Club.

Torrente and Mansoori, who won the world XCAT crown in 2018 only to see it slip agonisingly away in 2019, have high hopes of regaining the title, with two more Grand Prix races to follow in Dubai on December 10-11.

There can be no doubting the championship credentials of Abu Dhabi team-mates Tayer and Majed Al Mansoori however, and they are looking to take a big step up following their fourth place in the 2019 series.

They were also part of the four-man all-Emirati crew who finished runner-up in this year’s UIM World Endurance Championships won by the other Team Abu Dhabi crew of Rashed Al Qemzi, Thani Al Qemzi and Mansoor Al Mansoori.