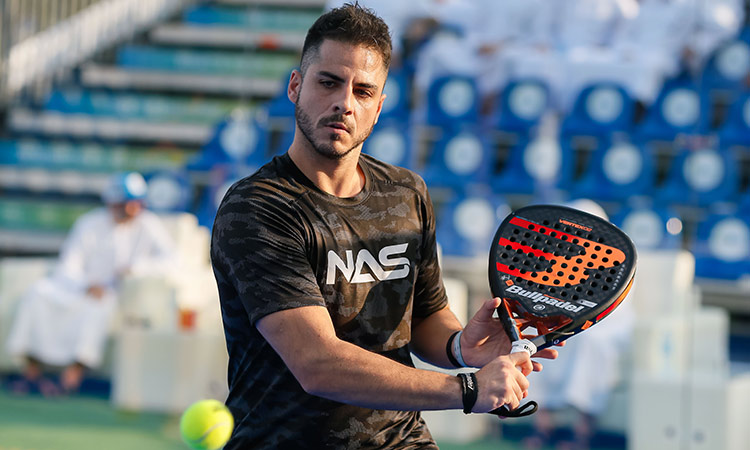 Lopez, the current world number 189, and Icardo, (127), defeated Mendonca (462) and Cardona (179) in the last official event of the month-long padel tennis fiesta, which has thrust the city on to the global padel map following an eclectic schedule of high-profile exhibition matches played on a purpose-built court at Jumeirah Emirates Towers, numerous ability-based competition categories for male and female amateur players, and free clinics across the emirate for beginners.

Following their A and B category victory over Mendonca and Cardona, Lopez – who also partnered Icardo in the exhibition matches - was effusive in praising the Dubai Padel Cup, one of the headline events of this year’s Dubai Fitness Challenge, and the ongoing development of the game in Dubai and across the UAE.

“The exhibition matches were bittersweet for us. It was a great honour to play against the best players on the planet and we tried to play our best in all the matches, but we knew we needed to train harder to reach our peak. It was very satisfying to set the record straight in the men’s A and B tournament,” said Lopez.

“The Dubai Padel Cup has shown that Dubai is only at the beginning of its padel tennis journey, but there is huge appetite for the game at all levels in the city, which has a huge future in the sport – both in terms of hosting international competitions and building a world-class grassroots programme to develop the country’s best talents into international standard players. We’re really happy to play our part in that process,” added the Spaniard.

With bumper crowds of 2,000-plus flocking to see world number one Juan Lebron and playing partner Miguel Lamperti triumph in the Dubai Padel Cup’s three days of exhibition matches, over 185 two-person teams entering the Cup’s public tournaments for men and women, and thousands of novices enlisting for complimentary coaching clinics, Ahmed Hamada, Co-Founder of the Dubai Padel Cup, said. “The response across Dubai and beyond has been amazing. The professionals loved coming to Dubai for the exhibition matches, and the massive public participation has exceeded all our expectations.

“Padel tennis is no longer an emerging sport in Dubai, it is on-track to being the most popular past-time across numerous age and nationality groups – and I want to thank the Dubai Padel Cup’s family of sponsors and supporters for helping us elevate the game in the Emirates,” said Hamada. 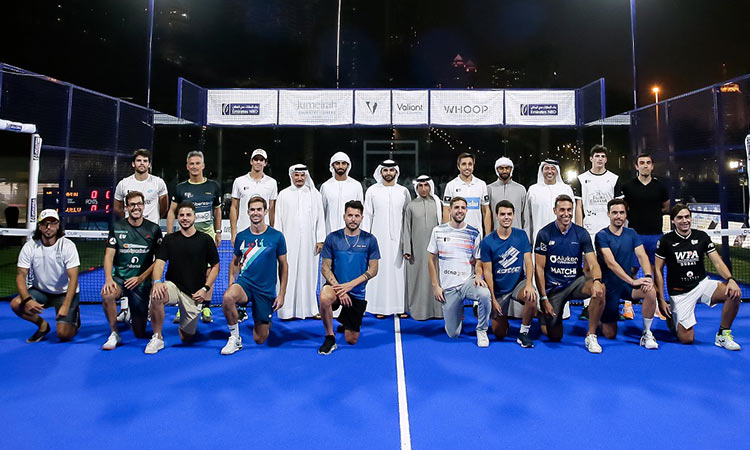