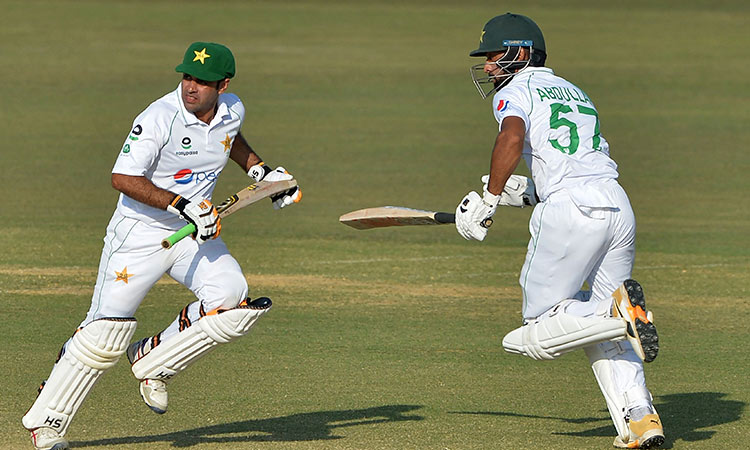 Abid Ali (L) and Abdullah Shafique run between the wickets on the fourth day of the first Test cricket match.

Openers Abid Ali and Abdullah Shafique each hit unbeaten half-centuries to put Pakistan just 93 runs away from registering a victory over Bangladesh in the first Test in Chittagong on Monday.

Set a target of 2020, Pakistan were comfortably placed at 109/0 at stumps on Day 4 on Monday and needed just 93 more runs to win with the final day to go and take a 1-0 lead in the series. Both the openers made half-centuries for the second time in the game as they put Pakistan in firm control in the first Test. Ali was 56 not out at the end of play, adding to his first-innings score of 133, while debutant Shafique finished unbeaten on 53. "In Test cricket, a fourth day is very crucial," said Shafique.

"Our plan today was to restrict them for the lowest total possible so that we can easily chase it down. This is what we were trying and we were successful."
Fast bowler Shaheen Afridi earlier claimed 5-32 to help Pakistan bowl out Bangladesh for 157 runs in their second innings despite wicketkeeper-batsman Liton Das making a fighting fifty.

Resuming on 39-4, Bangladesh looked down and out once they lost Mushfiqur Rahim in the first over of the day, before Liton, who struck a hundred in the first innings, hauled the hosts back to respectability with 59 off 89 balls.
Afridi trapped Liton leg-before and then had Abu Jayed out for a duck to complete his fourth five-wicket Test haul.
Off-spinner Sajid Khan, who finished with 3-33, wrapped things up by dispatching Taijul Islam.

The hosts had got off to a positive start with Mushfiqur hitting a boundary off the first ball of the morning, bowled by Hasan Ali.
But two balls later he left a delivery that darted back in and departed for 16 after Hasan uprooted his off-stump.

Liton survived on 26 when he was given out, caught at short leg off Sajid.
The replay showed that the ball only hit his pad and was going down the legside.

Sajid was rewarded for his persistence as he pinned Mehidy Hasan leg-before for 11.
Substitute Nurul Hasan replaced Yasir after Mehidy's dismissal and barely survived a strong caught-behind appeal just before lunch.
Nurul heaved one to Faheem Ashraf at long-on off Sajid after the break, getting dismissed for 15, and Pakistan took little time to pick up the remaining wickets.
"We were really good in the first two days. Most of day three was good, but we didn't bat well in the last session yesterday," said Bangladesh coach Russell Domingo.
"It put us under big pressure. It was disappointing to see."

Bangladesh have failed to defeat Pakistan in any of their 10 previous encounters. 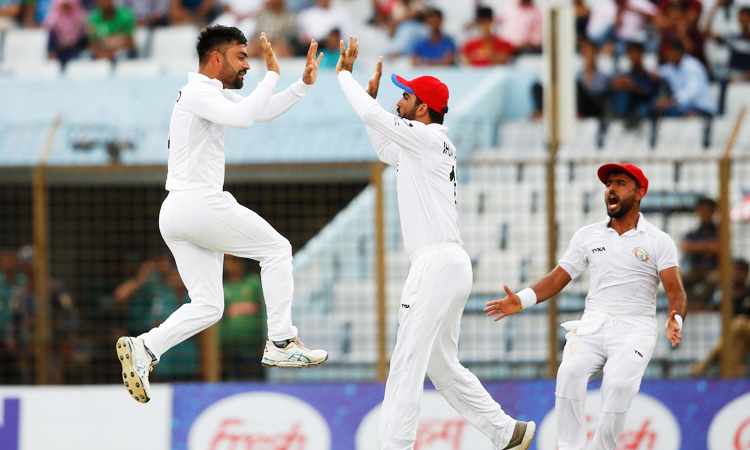