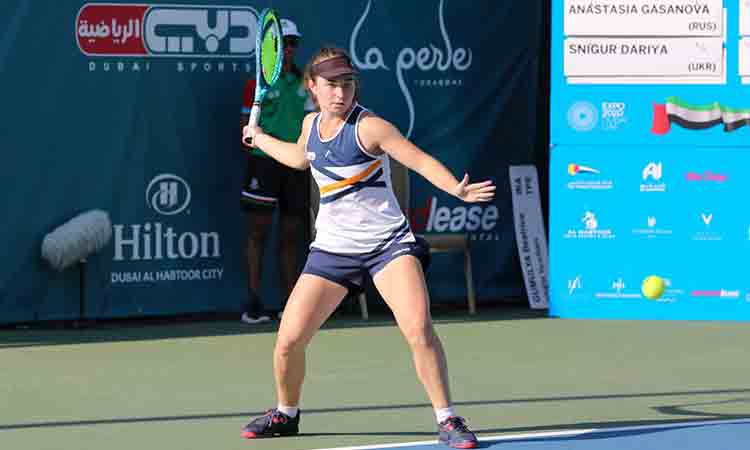 Daria Snigur returns to Anastasia Gasanova during their semi-final match of the 24th Al Habtoor Tennis Challenge in Dubai on Friday.

A losing finalist here in 2019, an irked Snigur composed herself before packing off Russian Anastasia Gasanova 4-6, 6-1, 6-3, while Kucova blew off Serbia’s Aleksandra Krunic 7-6 (8), 6-0 in a lop-sided second semi-final later on.

After losing the opening set 4-6, Snigur was in prime form as she eased through for a 4-0 cushion with breaks in the second and fourth games. Gasanova requested for a medical time-out as she was feeling dizzy, but was denied one.

That was not exactly the moment Snigur was waiting for as the 19-year-old Ukrainian looked upset at the timing of the request. “Of course, I was upset. Both of us were tired and I don’t think she was actually in need of a medical time-out at that moment,” Snigur fumed after the match.

“I had no option, but just concentrate and play on,” she added. Another break later and the 2019 junior Wimbledon champion had packed off the second set 6-1.

She maintained her rhythm in the decider and after an exchange of breaks early in the set, Snigur inched ahead 4-3 in the seventh on a crucial double fault and then came up with another break in the ninth to rightfully claim her spot in Saturday’s final.

“My junior career plays a huge role, especially when I confront situations like these,” Snigur admitted.

“Right now, I am very happy to be in my second final here. Now I will watch the second semi-final for a while and then get some rest and recover in time for the final,” she added.

Snigur’s opponent in the final will be Kucova after the Slovakian got the better of Krunic 7-6 (8), 6-0 in the second semi-final later in the evening.

Things were pretty close between the two with Krunic the first to move ahead with a break in the second. But, Kucova came right back and things were even at 3-3 after which the fourth-seeded Slovakian won a close tie-breaker 10-8.

The second was a formality with breaks in the second, fourth and sixth handing out a bagel and an entry into the final for the 31-year-old from Bratislava.

“I wasn’t even sure of travelling for this tournament last week, and now I am in the final. That gives me an amazing feeling inside,” Kucova said.

“I know she [Snigur] is a young, dangerous player, but I will do all I can to make sure I win the final tomorrow,” she added.

Earlier, in the doubles semi-finals the top-seeded pair of Anna Danilina and Viktoria Kuzmova got the better of Peangtarn Plipuech and Aldila Sutjiadi 4-6, 6-2, 1-0 (4), while the Russian duo of Angelina Gabueva and Anastasia Zakharova defeated Beatrice Gumulya and Yu-Chieh Hsieh 7-6 (3), 4-6, 1-0 (5). 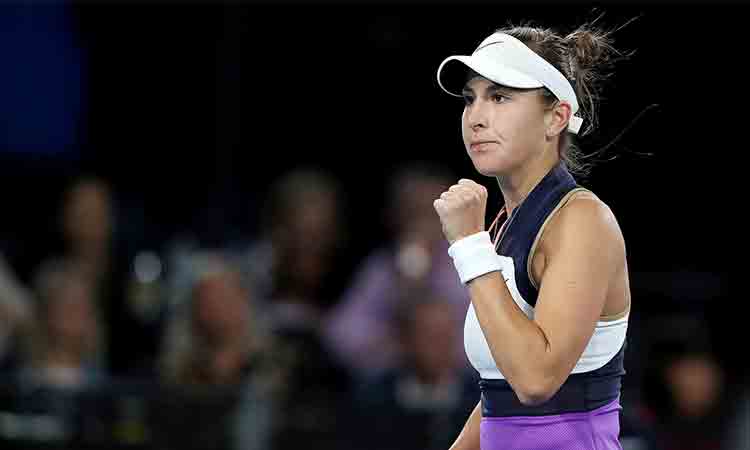