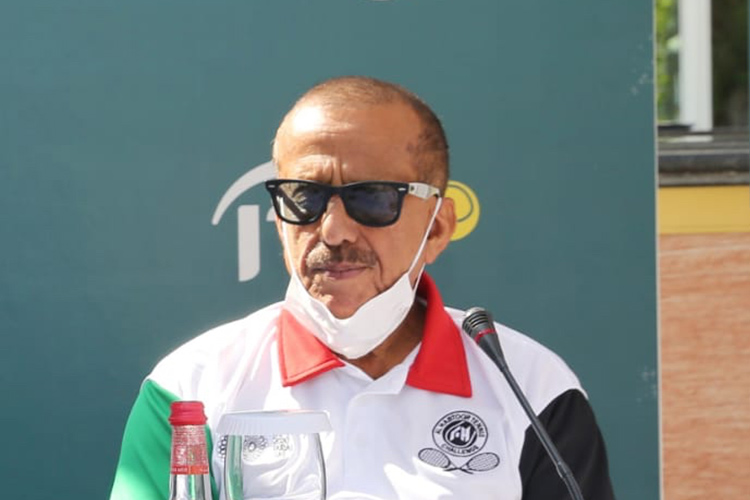 Heading towards its silver jubilee event next year, the patron of the annual Al Habtoor Tennis Challenge, has vowed to keep the tennis event going for a long time in the future.

“There is no doubt that I am going to continue with this tournament for a long time in the future. We are ambitious for this event and we want to expand on everything that happens here each year,” Khalaf Al Habtoor, Chairman of the Al Habtoor Group, said on the sidelines of this week’s competition being held at the Habtoor Grand Resort and Spa.

“The expansion activities won’t be merely on the tennis side, but in all other spheres,” he promised.

Over the years, some of the best tennis players have used the Al Habtoor Tennis Challenge as a springboard towards success on the WTA Tour. These include past champions and world number ones, Jelena Jankovic (2003) and Marion Bartoli (2005) along with the likes of Maria Kirilenko (2007) and Sania Mirza (2010).

“This tournament is here to stay for sure,” Habtoor insisted.

“Very soon, we are going to make a huge announcement between our tournament and one of the most important Government Departments in Dubai. The final modalities are being worked out and we will announce this partnership as soon as we are ready,” he added.

Last year, Sorana Cirstea became only the second successive Romanian player to win the singles crown when she got the better of Czech girl Katerina Siniakova in three sets (4-6, 6-3, 6-3).
Mai Dubai, Hilton, V Hotel, Habtoor Palace, Emirates International School, Habtoor Grand Resort and Diamond Lease are among the sponsors of the tournament.