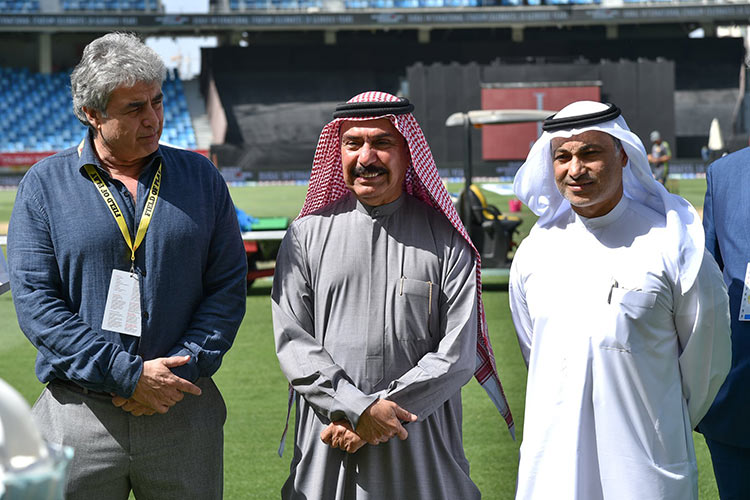 The recently-concluded T20 World Cup was held across three venues - Sharjah, Dubai and Abu Dhabi - in the UAE and some matches of the preliminary round were played in Oman as well.

Though Sharjah has hosted the Indo-Pak matches since long, it was only second time that the arch-rivals played in Dubai, that too a World Cup match.

Last time the two countries met at Dubai Stadium was in Asia Cup in 2018.

A proud Falaknaz, who is an ardent sports administrator and aficionado himself, has served different sports in various capacity for over four decades.

He expressed his happiness on staging the matches of the cricket extravaganza at the facility. 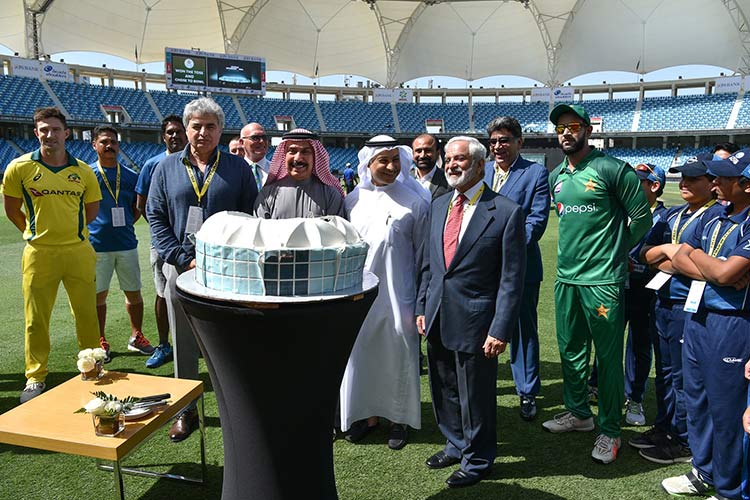 Abdul Rahman Falaknaz with other dignitaries at the Dubai International Cricket Stadium.

“First of all as an Emirati, I'm very proud because the UAE as a whole and especially Dubai in particular hosts anything to the best. And of course, T20 World Cup is also a sign of good organisation. I would say we are lucky to be an alternative to India.

“At the same time also to Pakistan because of their local tournament. They used the facility to host their home series for so many years. It was like a home ground for them for many years,” said Falaknaz.

“But coming back to the World Cup, I think how lucky we are to be able to stage this for our brothers in India as well as in Pakistan. I think it says a lot for it. And so, the most amazing thing is that an Arab country is holding a cricket World Cup.”

The T20 World Cup was originally slated to be held in India but due to worsening coronavirus condition it was shifted to the UAE.

“It was not thought of at all by anybody before. Nobody even thought that there would be facilities in the Arab world to host a cricket World Cup,” added Falaknaz.

“I am looking forward to host more India-Pakistan matches in Dubai. I will try and convince my friends in the BCCI for the same. If they are ready to play Pakistan, we will be more than happy to offer our venue for the same.”

“India-Pakistan matches are one of the most-followed sporting events of the world. They are the fiercest rivals in sporting fraternity across all the sports. It generates a huge interest of the fans and the media alike,” he added.

Indian and Pakistan have not played any bilateral series for over a decade owing to the cross-border tension between the south-Asians rivals.

Apart from the World Cup, BCCI also shifted Indian Premier League (IPL), world’s richest cricket league, to the UAE a month prior to the start of the mega event.

This was the third time the IPL was shifted to the UAE. In 2014, in the wake of the general elections the super-rich league was played in the UAE, followed by the full edition of 2020, but behind the closed doors.

The remaining matches of 2021 edition were also shifted after a surge in the coronavirus cases in India brought the league to an abrupt halt, which forced the organisers to take it out of the country.

Falaknaz said he is relishing the prospect of hosting more IPL matches in future if BCCI wants it.

“In 2014, when they shifted the IPL to the UAE due to elections, We gave them a warm reception. It all depends on the BCCI to decide what they want to do."

“Dubai Sports City proved to be outstanding venue with the two ICC Academy grounds and because of the capacity of the state-of-the-art stadium.

“And they know the potential and they have been looked after in such a good and friendly way that they are very happy with us,” he stressed.

Falaknaz poured his heart out in a candid conversation with a few selected media personnel of the country.

He, himself was a fairly good cricketer and has been serving the game for years.

Going down the memory lane, he revealed about his journey from a player to an administrator.

“After coming back from India, I introduced cricket in Dubai. In 1981. DCC was formed and the rest is history,” he apprised. 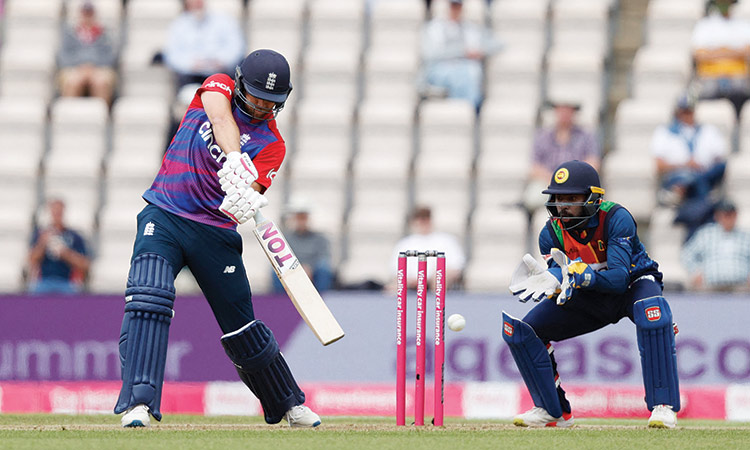