Indian cricketer Pandya clarifies rumours about watch, says it is worth Dhs740,782 not Dhs2.4m - GulfToday

Indian cricketer Pandya clarifies rumours about watch, says it is worth Dhs740,782 not Dhs2.4m 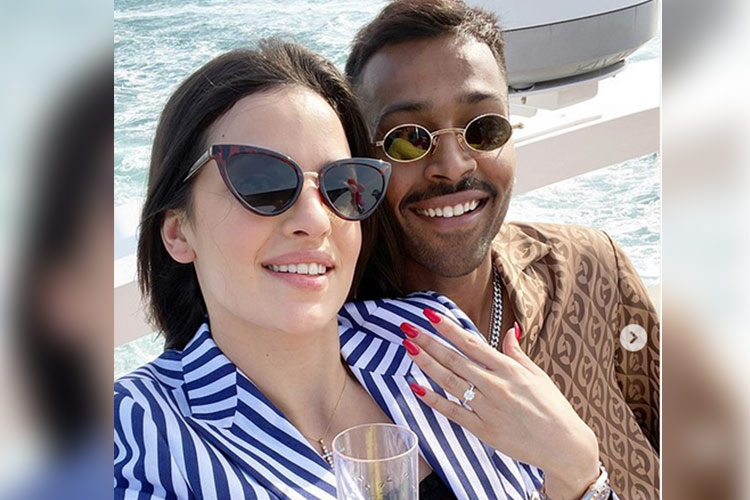 Hardik Pandya and his fiancée share a light moment.

An irritated cricketer Hardik Pandya said on Tuesday that, contrary to speculation, an expensive watch in his possession when he arrived from Dubai on Monday morning with Team India.

"The cost of the watch is Dhs740,782 and not Dhs2.4 million according to rumours circulating on social networks,” Pandya said, on some reports indicating otherwise.

Delivering a detailed rebuttal to media theories that his "5 crore rupees" watch was seized by customs investigators and Pandya reportedly said that “there have been some misperceptions circulating on social media regarding my customs clearance at Mumbai Airport. 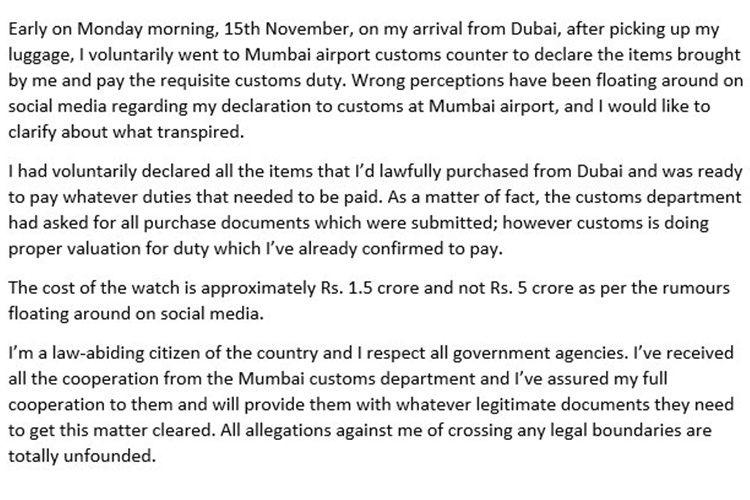 The 28-year-old cricketer said that after arriving from Dubai on Monday and collecting his luggage, he went to the customs counter at Mumbai airport to declare the items he had brought and to pay the required customs duties. 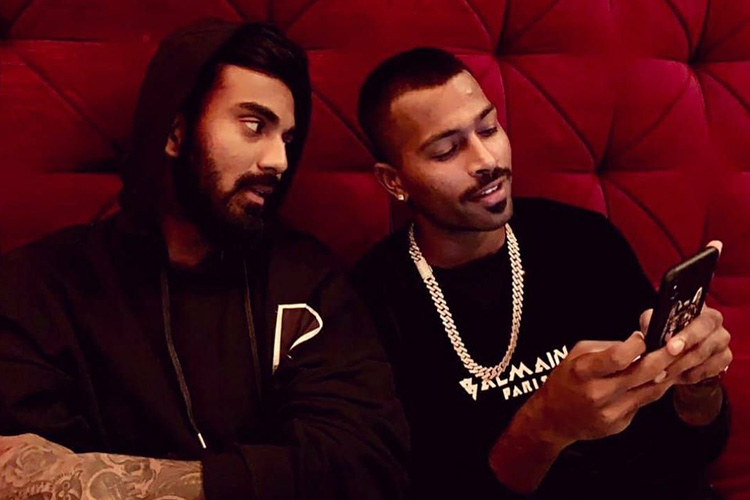 "I had voluntarily declared all the items I had legally purchased in Dubai and was prepared to pay any duty that needed to be paid… All allegations against me of crossing any legal boundaries are totally unfounded," said Pandya. Indeed, the cricketer claimed that the customs agency asked him to provide all purchase documents, which he presented and now they're doing the right assessment for the assignment he already confirmed he would pay.

“I am a law-abiding citizen of the land and I respect all government agencies.

"I got all the cooperation from Mumbai customs service and assured mine full cooperation with them with all the legitimate documents they need to clarify the matter,” Pandya said.

Pandya, who is the younger brother of fellow cricketer Krunal, both from Vadodara has been the target of many people who brutally roasted him on social media. 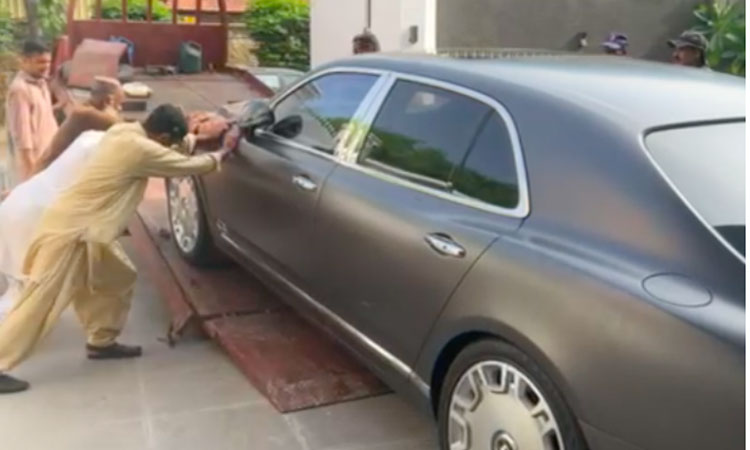 Officials took the owner of the residence and the individual who sold him the vehicle in to custody. According to the FIR, a tax of more than Rs300 million was evaded due to the smuggling of the stolen vehicle.