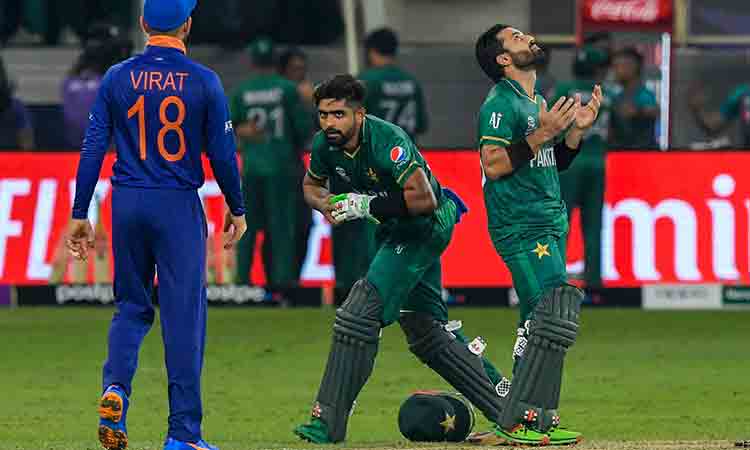 A man has lodged a complaint against his wife and in-laws for allegedly celebrating Pakistan's victory over India in the T20 World Cup match held on Oct.24.

Ankit Mittal, Superintendent of Police, said, "An FIR has been registered after a case of making fun of the Indian cricket team came to our notice on the basis of a complaint made by a man."

The complainant Ishan Miya, resident of Azim Nagar of Rampur, Uttar Pradesh, has alleged that his wife Rabia Shamsi and her family burst crackers and put up WhatsApp status celebrating Pakistan's victory in the T20 World Cup match.

The FIR has been filed in the Ganj Police Station of Rampur district under Section 153-A of Indian Penal Code and Section 67 of the Information Technology (Amendment) Act, 2008.

"The husband and wife started living separately soon after the marriage. The wife lives with her family and has filed a dowry case against the husband," the police stated.

Ankit Mittal said that the matter was under investigation.