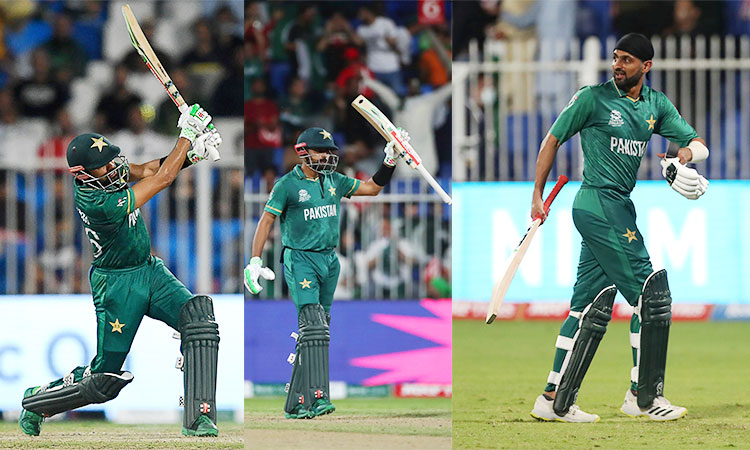 Pakistan defeated Scotland by 72 runs on the back of magnificent half centuries from Babar Azam and Shoaib Malik on Sunday to set-up a Twenty20 World Cup semi-final clash against Australia.

Scotland were never in hunt as they managed 117-6 with Richie Berrington fighting a lone hand during his 37-ball 54 not out with four boundaries and a six.

The victory gave Pakistan five wins in as many games, topping the Group 2 with ten points. They now face Australia in the second semi-final in Dubai on  Thursday. England will face New Zealand in the first semi-final in Abu Dhabi on Wednesday. 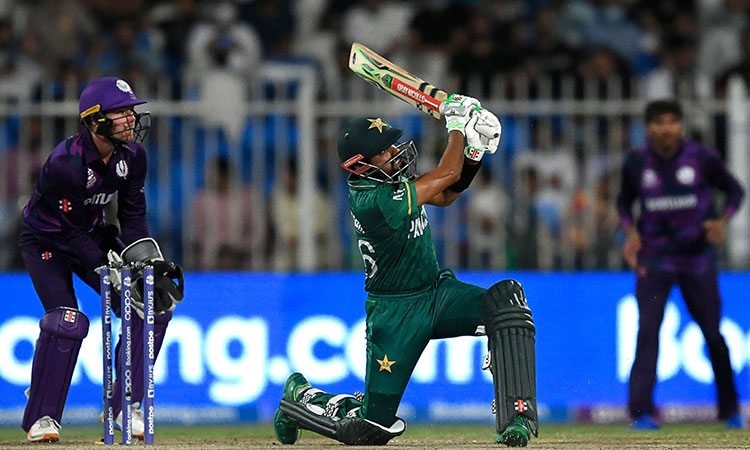 Scotland lost skipper Kyle Coetzer (nine), Matthew Cross (five) and George Munsey (17) before they crossed fifty and it was left to Berrington and Micheal Leask (14) to add 46 for the fifth wicket. But the asking rate continued to mount as spinner Shadab Khan (2-14) kept up the pressure. Shaheen Shah Afridi, Haris Rauf and Hasan Ali claimed a wicket each.

Earlier, Babar had set the platform with another fine knock. Malik then punished the Scottish attack during his fiery knock comprising six hits over the fence and one boundary, taking 26 off Chris Greaves's last over. Babar smashed five boundaries and three sixes to become the tournament's highest run scorer, passing England's Jos Buttler's 240 in five matches with 264 in as many games. 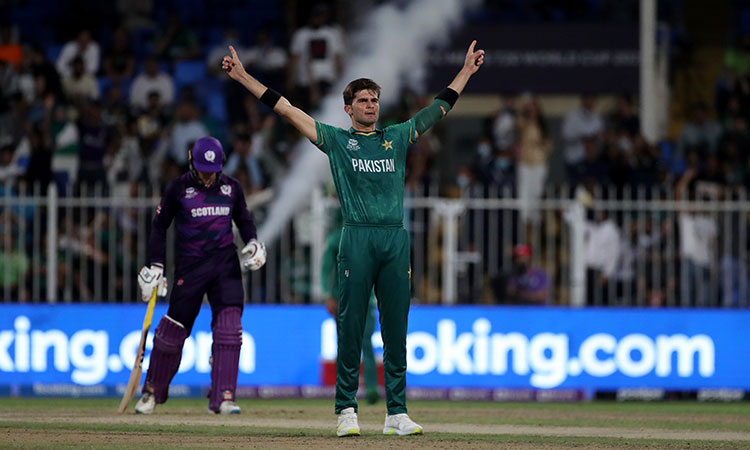 He holed out to spinner Greaves in the 18th over as Pakistan lifted the scoring rate, adding 129 in the last ten overs and an incredible 77 in the final five. Babar and Mohammad Rizwan (15) had put on a slow 35 for the opening stand.

Mohammad Hafeez scored a brisk 19-ball 31 with four boundaries and a six.

Babar said his team wasn’t complacent and that was the reason he didn’t make any changes to the playing XI that has won four consecutive games. 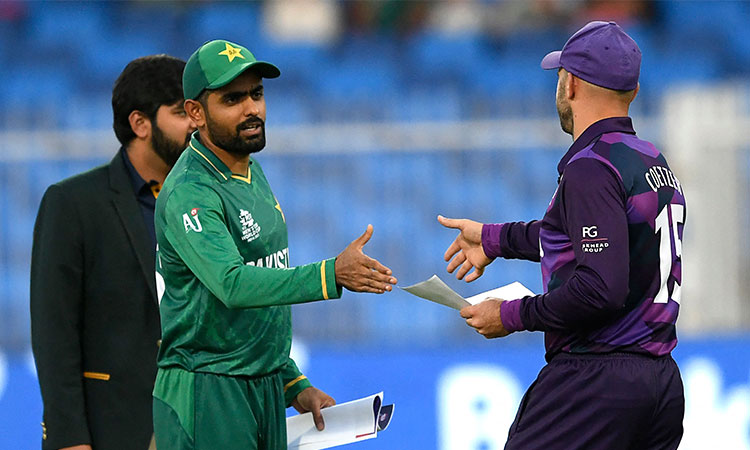 Scotland, which did exceedingly well in the qualifiers, slipped badly in the Super 12s, losing all four of their games. They made two changes from the team that was routed by eight wickets in the last match when India chased down 89-2 in a mere 6.3 overs. Batsman Calum MacLeod was replaced by Dylan Budge while

If Pakistan win they top the group and play Australia in the second semi-final in Dubai on Nov.11. England and New Zealand are the other two teams in the semi-finals.