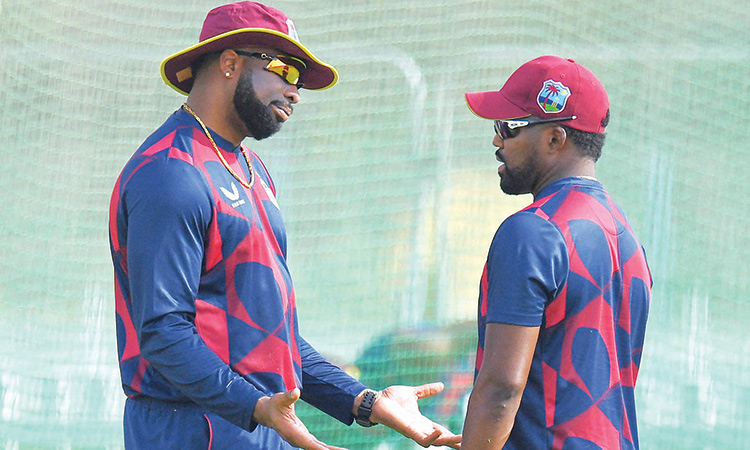 A buoyant Pakistan will look to extend their winning streak when they take on New Zealand in their second T20 world Cup match on Tuesday.

Pakistan decimated India to get their campaign off to a winning start at the showpiece event. Shaheen Shah Afridi wreaked a havoc as he broke the backbone of Indian top order with a spellbinding spell.

Pace bowling has always been the Pakistan’s most potent weapon. The country has harvested a rich crop of fast bowlers with the likes of Sarfraz Nawaz, Imran Khan, Wasim Akram, Waqar Younis and Aqib Javed leading their team to victory in many matches.

Of late, a perception was building up that there is a dearth of pacers in the country before Shaheen broke on the scene to break the myth with a devastating performance.

He has enjoyed mercurial rise ever since his debut in all formats of the games and have become a national icon and an inspiration for aspiring cricketers.

He proved how a bowler can dominate the batsmen’s game with a mesmerizing spell against the mighty India. Pakistan will once again pin hopes on Shaheen against Kiwis.

New Zealand’s recent pull-out from the Pakistan’s tour just before the World Cup stirred a storm and will add more spice to the contest.

Pakistan felt marginalized and vowed to prove their mettle to the cricket fraternity. They seemed to have taken a long stride toward their goal of the global dominance with India romp.

Shaheen was well-assisted by Shaadaab Khan, who conceded only 22 runs in his four overs to keep the pressure on. Imad Wasim and Mohammad Hafeez also chipped in with two overs each and were considerably economical, which shows how many options they have in bowling.

Their batting was also stupendous as Indian bowlers failed to create even half-chances against the impeccable batting of Babar Azam and Mohammad Rizwan.

Pakistan’s performance must have left New Zealand pondering what they should focus on - bowling or batting ahead of their opening match.

The Kiwis have a well-balanced squad and with their performances in the last two World Cups, they are among the top contenders. They were runners-up in 2019 World Cup and semi-finalist in the 2015 50-over World Cup at their home.

They have a very strong bowling line-up spearheaded by Tim Southee and the likes of Trent Boult, Lockie Ferguson, Jimmy Neesham add more tooth their attack. While Ish Sodhi and Mitchell Santner are likely to lead the spin charge.

They have also boosted their batting with Glenn Phillips and Devon Conway along with captain Kane Williamson, who has been the mainstay for a long time. Martin Guptill and Kyle Jamieson will add depth to their batting.

Windies face Proteas: In the other match of the day, West Indies will face off with South Africa in Abu Dhabi.

Both the teams began their campaign with loss in their opening matches against Australia and England. They will look to return to the winning ways.

West Indies were mauled by England in their opening match as they could muster only a paltry total of 55 runs as England chased down the target for the loss of three wickets with 12 overs remaining. No batsman other than Chris Gayle, could manage to reach the double-figure mark.

West Indies will have to up the tempo to live up to the billing of world champions and avoid an early exit. Two losses in a row can hamper the chances of any team.

South Africa gave Australia a scare before going down fighting.

They have a very good bowling. Pace is taken care of Kagiso Rabada, Anrich Nortje and Lungi Ngidi but Tabraiz Shamsi remains the jewel of their crown. Shamsi has taken the batsmen for a ride with his crafty spin and can spell a doom on the UAE pitches if he finds the spot. He has taken whopping 28 wickets at an average of around 12.85 this year.

They have a very strong batting line-up with captain Temba Bavuma, Quinton De Kock, David Miller and Aiden Markram being the permanent feature. Despite his failure in the opener Rassie van der Dussen remains a force to reckon with.