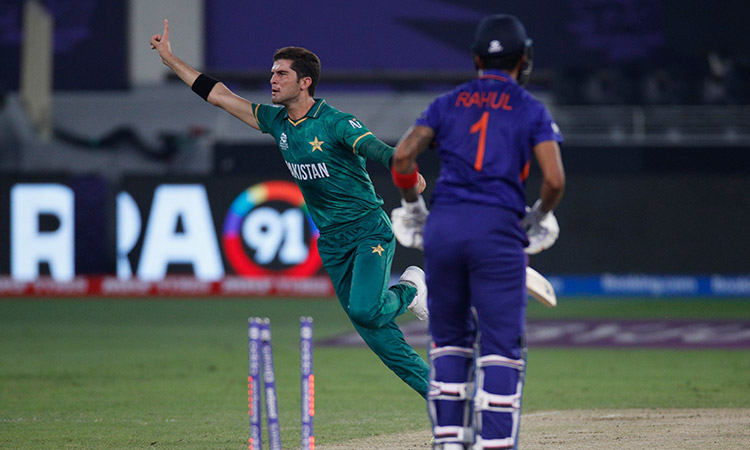 From Wasim Akram to Mohammad Amir, with passing hat tips in recent years to the likes of Wahab Riaz and the giant Mohammad Irfan, Shaheen on Sunday devastatingly proved his star quality.

Unburdened by carrying the same name of one of his country's iconic white-ball pioneers — as well as inheriting Shahid Afridi's number 10 shirt — the 21-year-old shattered the hopes of India with a mesmerising spell of fast bowling.

His 3-31 off four overs was the prelude to Pakistan finally ending their jinx against India with a first win in 13 attempts in World Cup competition. 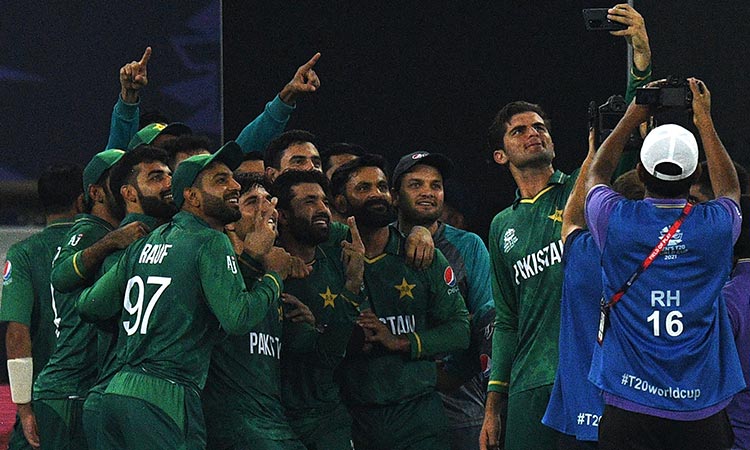 Shaheen Afridi takes a selfie along with his teammates after winning the T20 match against India in Dubai. AFP

Even India skipper Virat Kohli, one of Shaheen's victims in Sunday's landmark 10-wicket rout, appreciated the impact of the bowler's four-over blitz.

"In T20 cricket you need good execution to pick up wickets with the new ball and he certainly did that," Kohli said. "He put our batsmen under pressure and ran in with intensity."

A blistering yorker pinned Rohit Sharma on the back foot for an lbw decision as cut-and-dried as any.

KL Rahul followed, his T20 International average of 40 no defence against the velocity of the ball that swept through the gate and demolished his stumps. 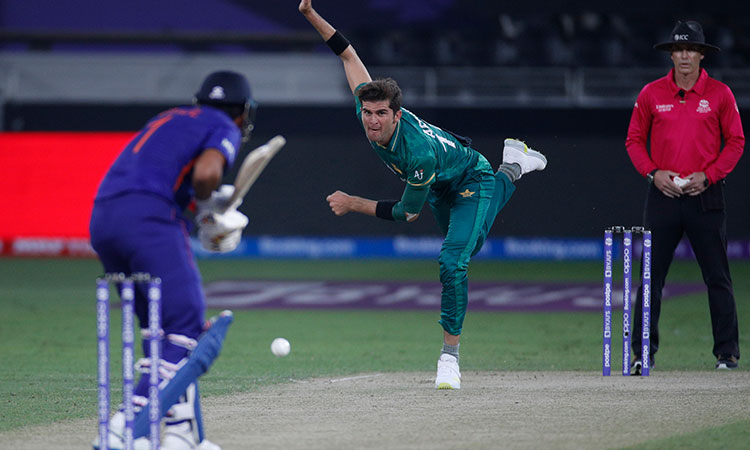 "I don't care what nick you are in, I don't care how many runs you've got, you ain't playing that," said former England captain Nasser Hussain from the TV commentary box.

Shaheen returned to see off Kohli for good measure.

It was a big-stage performance, which echoed fellow left-arm fast bowler Amir's brutal three-in-a-row dismissal of Sharma, Kohli and Shikhar Dhawan at the 2017 Champions Trophy final.

Shaheen is one of eight brothers who grew up in the Khyber Pass on the Pakistan-Afghanistan border. One of those brothers Riaz — who played a single Test for Pakistan — inspired a passion for fast bowling.

"He (Riaz) keeps in touch over the telephone even when I am on tour. He is my first coach after all," Shaheen told the ICC in an interview. 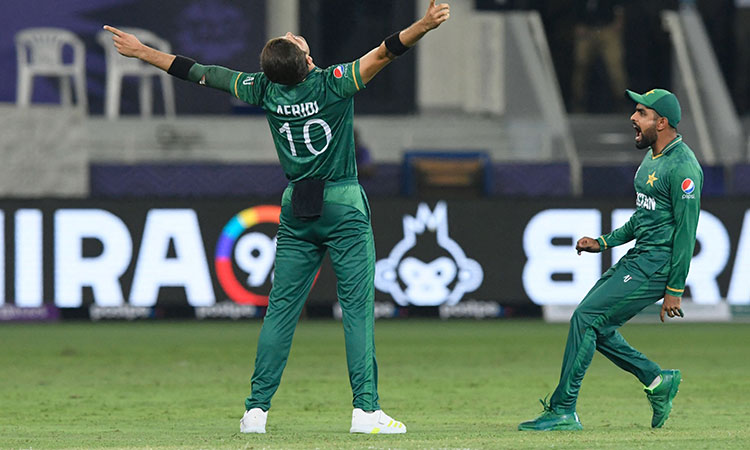 Graduating from the Under-19 World Cup in 2018, Shaheen made a headline-grabbing first class debut, taking 8-39 in the Pakistan domestic tournament.

He was picked for the Lahore Qalandars in the 2018 Pakistan Super League where he first faced his namesake, Shahid Afridi. 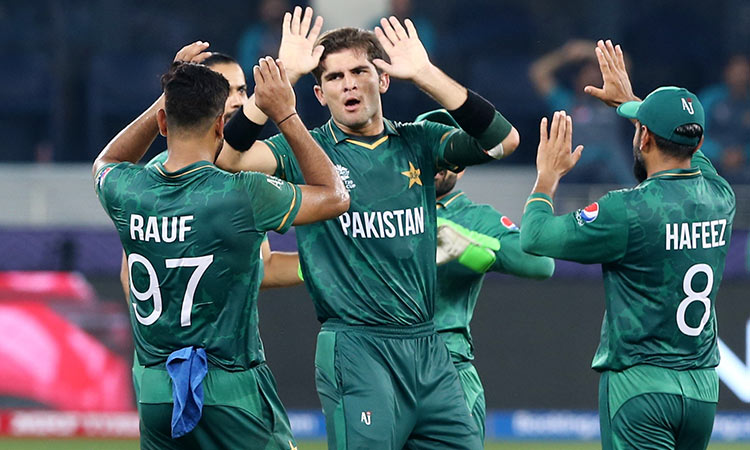 Shaheen Afridi celebrates with teammates after taking the wicket of Virat Kohli. Reuters

"He hit me for six first ball in the PSL, but with the next one I got him out. I was very happy about that," he told cricinfo.com. Shaheen made his Test debut in a defeat against New Zealand in December 2018.

But he has now played 19 Tests, taking 76 wickets at an impressive average of a shade over 25 with a best match haul of 10-94 against the West Indies this year.

Proving to be a master of all formats, Shaheen took 6-35 against Bangladesh in the 2019 50-over World Cup. 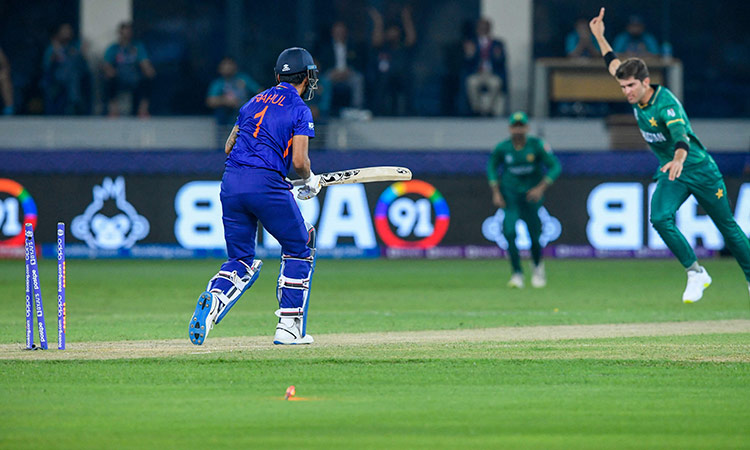 
In franchise cricket, he picked up 6-19, including four wickets in four balls, playing for Hampshire in a T20 game against Middlesex last year. Not surprisingly, Middlesex have snapped him up for a large part of the 2022 English county season.