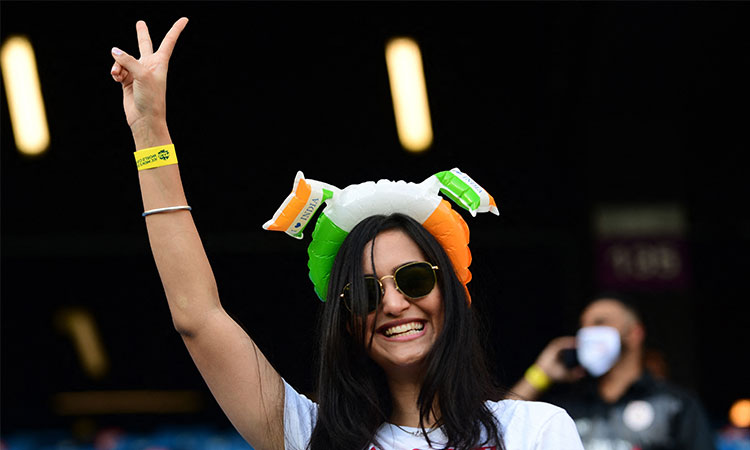 A female fan of Indian cricket team cheers before the start of the T20 World Cup match at the Dubai International Cricket Stadium on Sunday. AFP

Thousands of fans arrived for the Twenty20 World Cup blockbuster between India and Pakistan in Dubai on Sunday with one supporter saying he chose "cricket over the wife" to watch the game.

The arch-rivals clash in one of the biggest games of the tournament with an estimated global television audience of up to one billion people.

"I had planned this trip long ago. My wife asked 'will it be cricket or me?' and I chose cricket over her!" 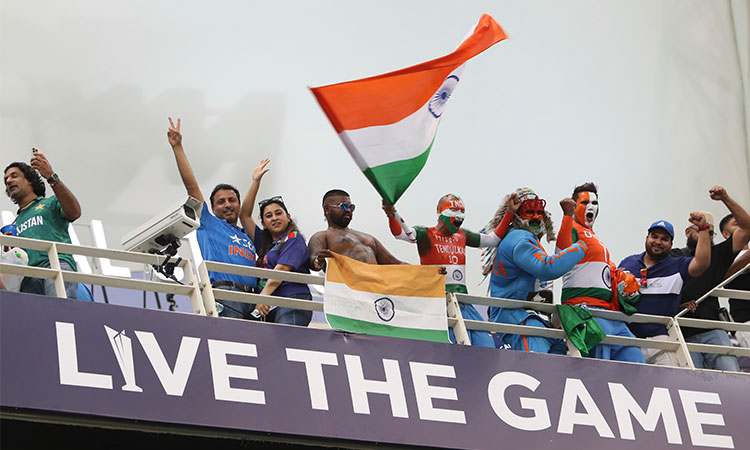 A woman who came from Manchester to watch the match said: "Millions watch it on TV and only a lucky few get a chance to be at the ground. And I am not going to miss it." 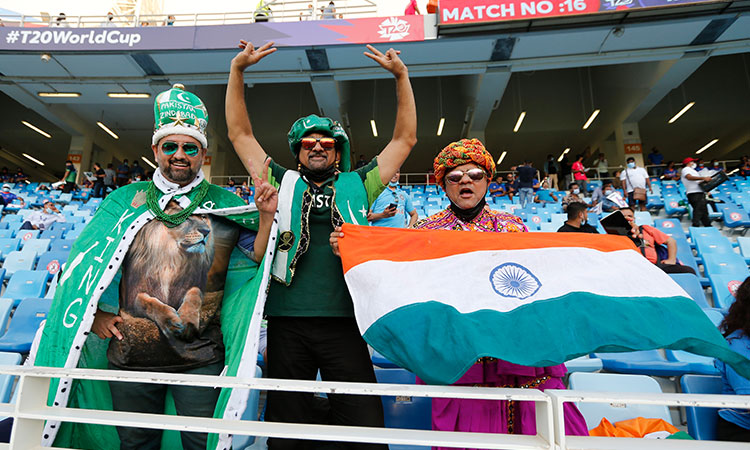 India and Pakistanin fans in the stand. Reuters

Matches between the two cricket-crazy nations are few and far between with India cutting bilateral ties with its neighbour in 2007.

"We should play each other more often. It is such a treat to see these two teams on the cricket field," Mohammad Ashraf, a Pakistan national working in the United Arab Emirates, told AFP.