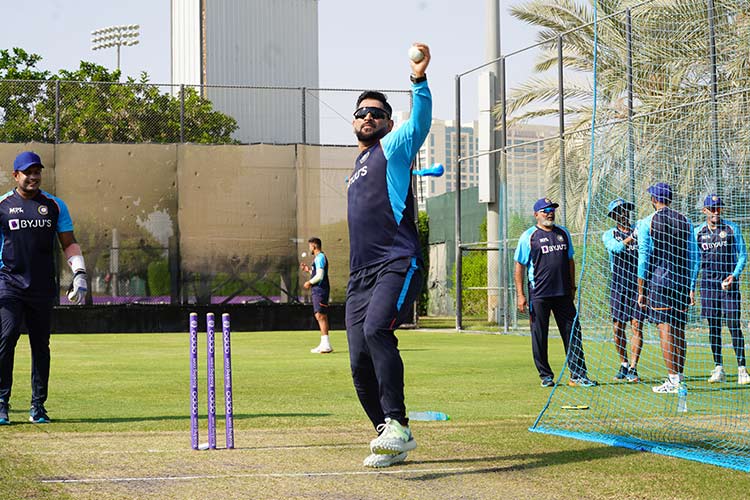 Players of India during a practice session.

India and Pakistan are set to renew rivalry in a spine-tingling and the most anticipated clash of the T20 World Cup in Dubai on Sunday. Whenever the two teams meet, it turns out to be the pressure-cooker situation and a World Cup encounter spices it up even further.

Both the teams will look to get their campaign off to a winning start and set the tone for the rest of the tournament. India have dominated Pakistan in the ICC events as they have defeated the arch-rivals on 12 occasions – seven times in the 50-over World Cup and five times in the T20 World Cup.

However, Indian skipper played down the talks of their superior record ahead of the match.

“We don’t discuss these things what we have done in the past. Our focus is always on the next game and how we execute our plans on the ground on a given day,” said Kohli in an online press conference from Dubai.

He also said Pakistan have always been a strong team irrespective of their record against India at the ICC events.

“Pakistan are a very strong team and they have a lot of talented players, who can change the complexion of the game. We have to play consistently to mount the pressure on the opposition. We have to put our best foot forward against them," he apprised.

He refused to divulge any details about the playing XI but said they will try to field the best possible side.

“I am not going to reveal it right now but we have picked up a very balanced side to cover all aspects of the game."

"We are confident of executing our plans well as the guys have been playing a lot of T20 cricket recently in the IPL. Everyone is performing well and that is a positive sign. What matters most is how we execute it in the middle. Everybody knows his role and all are pretty much confident of playing their parts,” added Kohli.

The Indian skipper backed a struggling Haridk Pandya. Hardik is an explosive batsman and a utility bowler. But, he struggled for runs in the recently concluded Indian Premier League (IPL) and did not bowl a single over throughout the tournament.

"Hardik is getting better in terms of bowling both physically and psychologically. He is getting prepared to bowl at least two overs and we have pondered other options as well to chip in with an over or two,” informed Kohli. 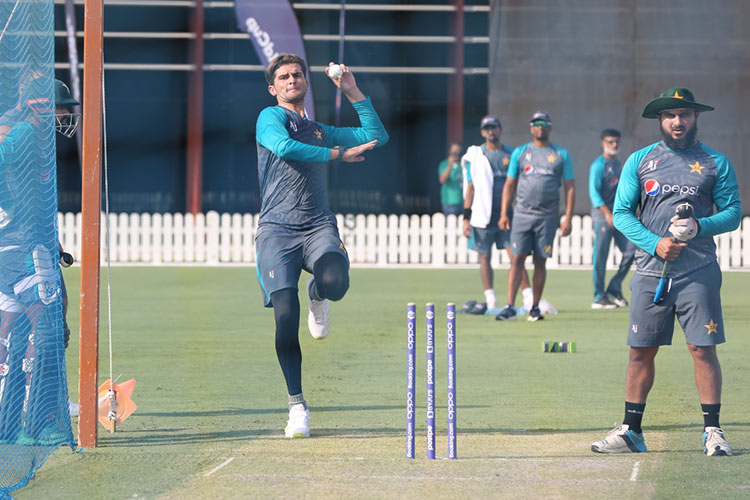 Players of Pakistan during a practice session.

"What he brings at that number six is something cannot be created overnight. I backed him as a pure batsman only in Australia. He can take the game away from the opposition when he gets going. The value that he adds to the team at number six is unparalleled. There are a few batters like that in the world cricket now-a-days,” Kohli stressed.

"It's very important to have him there, especially in T20 cricket. Even when the chips are down, he is someone who can play a big inning. He is very motivated and is keen to give us a couple of overs. When that happens, obviously, the balance becomes even better. We are pretty confident heading into the start of the tournament," he concluded.

Meanwhile, his Pakistani counter-part Babar Azam will look to break the losing jinx against India. He also played down their record against India and said they are seeking a fresh start.

“To be honest, the past is beyond our reach. We will look to use our expertise and abilities on a given day and not think of past to get a better result. Records are meant to be broken," he said.

“We have played in a lot of events like that and the best way is to keep things simple and be relaxed,” he added.

Both the nations are not playing bilateral series for over a decade owing to the cross-border tension and face off only at the ICC events.

“We have prepared well for the match and the boys are excited to go out there and perform. The atmosphere is positive in the camp,” he apprised.

Babar said Pakistan's premier Imran Khan - who led the country to their maiden 50-over World Cup triumph in 1992 in Australia - shared his experiences and urged us to play a firebrand cricket.

"The Prime Minister met us and shared his experiences of the 1992 World Cup victory. He also gave us the instruction to play aggressive and fearless cricket." 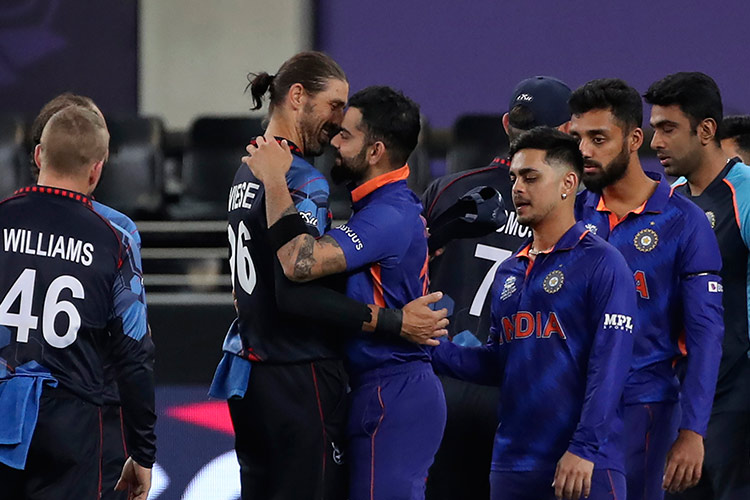 Ravindra Jadeja and Ravichandran Ashwin bowled mesmerizing spells to help India set up a massive nine-wicket victory against Namibia in the dead rubber of the T20 world Cup on Monday.