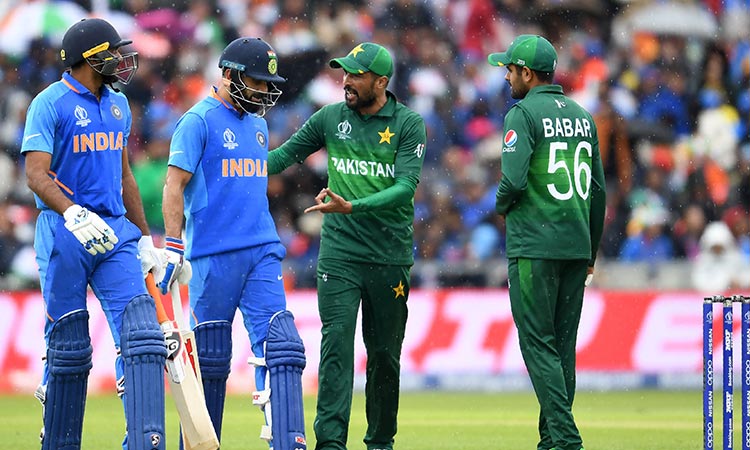 Babar Azam's Pakistan will look to end their losing streak against India at the Twenty20 World Cup when the two rivals begin their title race in a Sunday blockbuster.

India have beaten Pakistan in all of their 12 matches at the T20 and 50-over World Cups. However, Pakistan come into the Super 12s contest with 10 wins in a row in the UAE and former Pakistan all-rounder Mudassar Nazar believes the team has struck the right balance to challenge Virat Kohli's India. 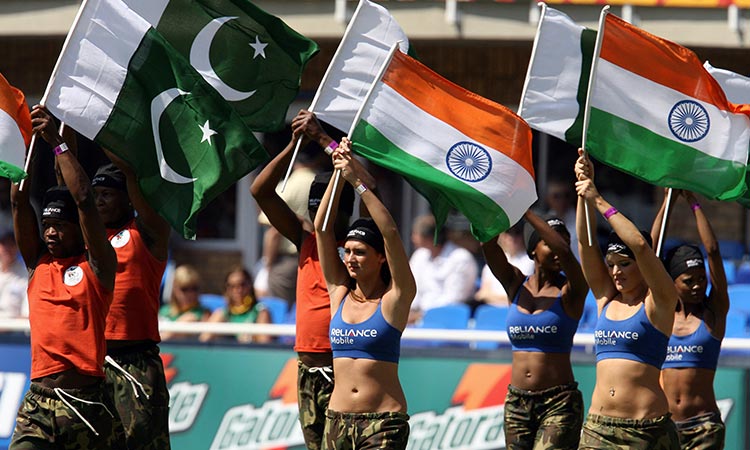 Entertainers holding national flags of India and Pakistan perform prior to the final encounter of the ICC World Twenty20. File/AFP

"A week ago I had apprehensions about the team but now they have made certain changes and they look a decent, well-balanced side now," Nazar said.
"Pakistan stand a very good chance as they have experienced players who have played a lot against India. India start as favourites and they have all the areas covered but in T20 anybody could beat anybody on their day."

Azam, who is in top form with two T20 centuries this year, believes his team can break the World Cup jinx. "Definitely we have played a lot of cricket in the UAE," Babar said when asked about his team's dismal 0-5 record against India in T20 World Cup clashes. 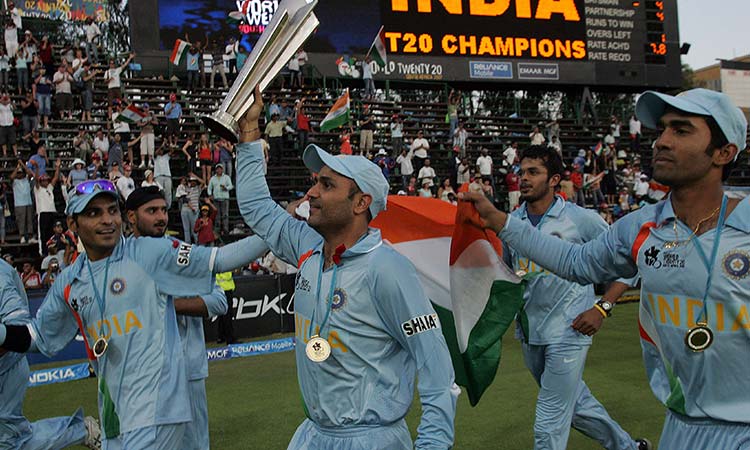 "These conditions suit us and we know how to play here. We need to keep things simple in all the departments." The two teams last met in the 2019 ODI World Cup in England as India only plays Pakistan in multi-nation events after cutting off bilateral cricket ties with their neighbours following the 2008 Mumbai terror attacks. 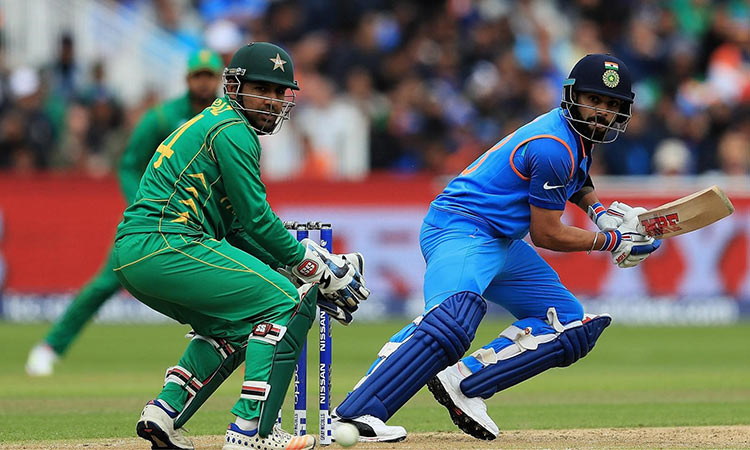 Virat Kohli in playing a shot during match.

India's two-time World Cup-winning skipper M.S. Dhoni is with the team as mentor and Kohli said the icon's presence in the dressing room will further "boost" their morale.

Dhoni led India to the inaugural T20 World Cup crown in 2007, beating Pakistan in the final, and hold a 7-1 advantage in the shortest format.  Pakistan's only win came in a bilateral series which ended 1-1.

India head into the contest with two big wins against England and Australia in their warm-up matches with openers KL Rahul and Rohit Sharma scoring big runs.

Pakistan will depend on the experience of Mohammad Hafeez and Shoaib Malik while Babar, Mohammad Rizwan and Fakhar Zaman hold the key at the top of the order.

The bowling, led by Shaheen Shah Afridi and Hasan Ali, looks potent to trouble any opposition in the Super 12 stage.