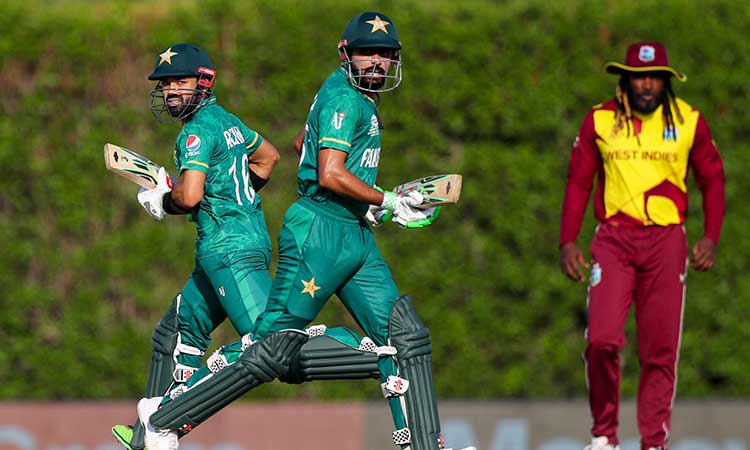 Mohammad Rizwan (L) and Babar Azam cross as they run between the wickets during the T20 World Cup warm-up match against West Indies in Dubai on Monday. AP

Former Pakistan captain Inzamamul Haq, who recently underwent an angioplasty procedure, said that though skipper Babar Azam and Mohammad Rizwan were playing consistently, they need to improve their strike rate if the team hopes to do well in the ICC T20 World Cup in the UAE and Oman.


Though Babar Azam scored a half-century and Pakistan won the low-scoring warm-up game against the West Indies by seven wickets with 27 balls remaining on Monday, the captain consumed 41 deliveries for his 50, while Rizwan struck his 13 off 17 balls and didn't score a single boundary.

Batting first, West Indies, the defending T20 World Cup champions, scored 130/7 and Pakistan scored the winning runs in 15.3 overs for the loss of three wickets, with in-form batter Fakhar Zaman smashing a 24-ball 46 at a strike rate of nearly 192. 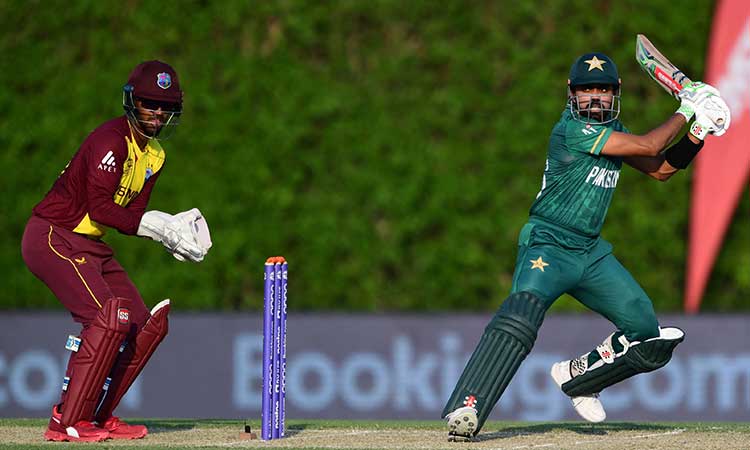 "Babar and Rizwan have played exceedingly well in the last couple of years but I still feel that they should increase their strike-rate," said Inzamam on his official YouTube channel on Tuesday.

"Pakistan is relying heavily on Babar and Rizwan. If they don't score at a good strike rate, the team will find itself in a difficult situation," he added. "They need to take advantage of the first six overs, especially in matches against good teams." 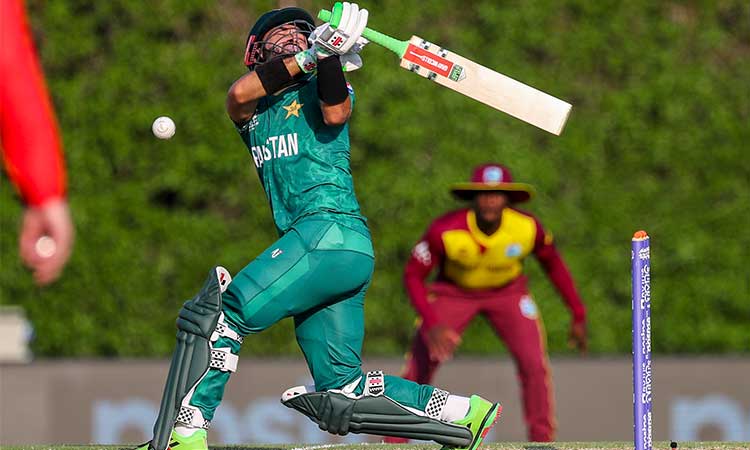 Mohammad Rizwan reacts as he is hit while batting during the T20 World Cup warm-up match against West Indies in Dubai. AP

"Pakistan chased down the total with more than three overs (more than four overs) to spare but that was largely due to Fakhar Zaman's 24-ball 46," he concluded.
Pakistan's second and final warm-up match is against South Africa on October 20 in Abu Dhabi. They will begin their campaign in the tournament against India on Oct.24 in Dubai.