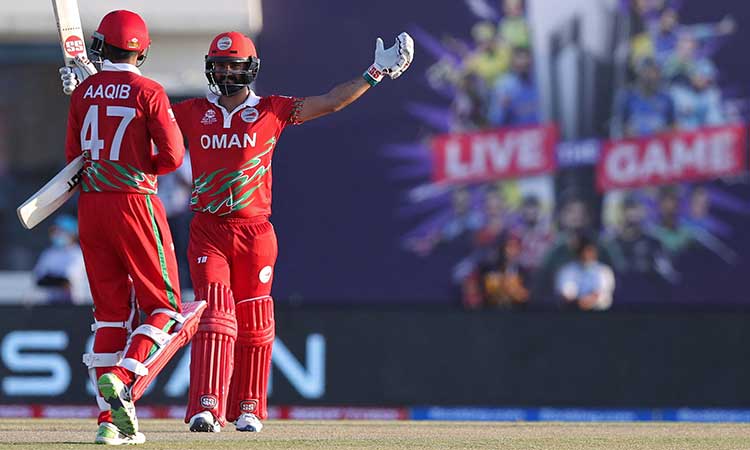 Jatinder Singh (R) and Aqib Ilyas celebrate their win in the T20 World Cup match between Oman and Papua New Guinea in Muscat on Sunday. AFP

Skipper Zeeshan Maqsood returned bowling figures of 4-20 to set up a 10-wicket win for hosts Oman in the Twenty20 World Cup opener against debutants Papua New Guinea (PNG) on Sunday.

Oman pace bowlers struck early to reduce the opposition to 0-2 after the hosts elected to bowl first in the first round match at the Al Amerat ground outside Muscat.

Maqsood's four wickets, including three in one over, kept PNG to 129 for nine in the first round match at the Al Amerat ground outside Muscat. 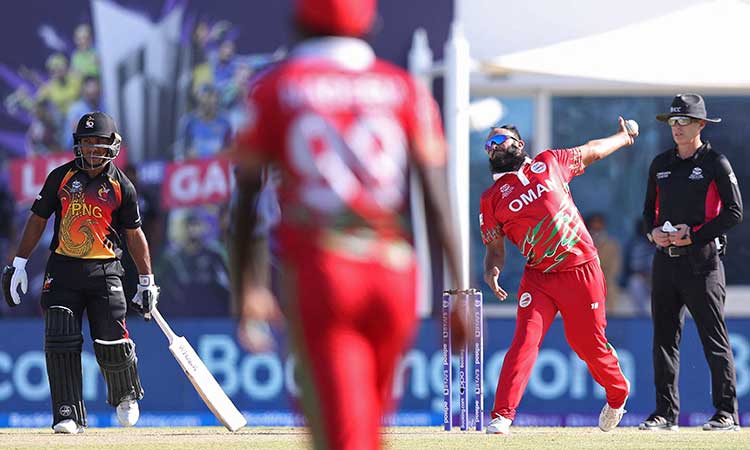 Openers Aqib Ilyas (50 from 43 balls) and Jatinder Singh (73 from 42) then clattered the PNG bowlers around the ground without being parted to steer Oman home with 6.2 overs to spare, handing Papua New Guinea a tough lesson in their first ever World Cup outing.

Maqsood remained the hero with his left-arm spin as he struck thrice in one over to rattle PNG who had lost both their openers for nought. 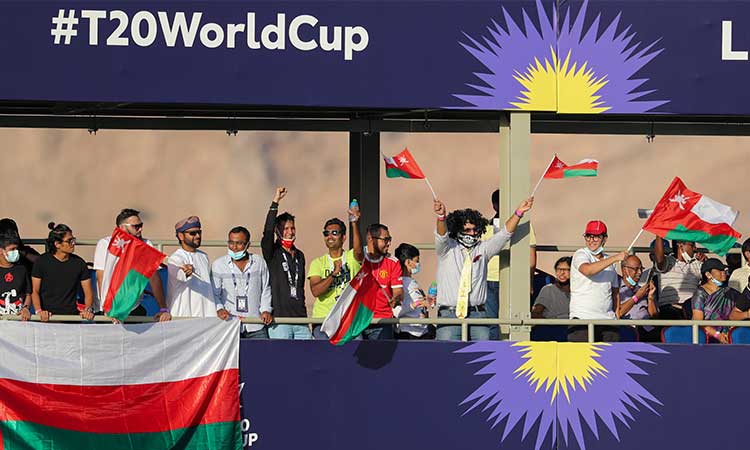 Spectators watch the T20 World Cup first round match between Oman and PNG in Muscat. AP

PNG captain Assad Vala, who made 56 off 43 balls, and Charles Amini, who smashed 37, hit back with an attacking third-wicket partnership of 81. But Mohammad Nadeem ran out the left-handed Amini with a direct throw at the non-striker's end to break the stand and that opened the door for Maqsood.

New-ball bowlers Bilal Khan and Kaleemullah, who goes by just one name, took two wickets each.