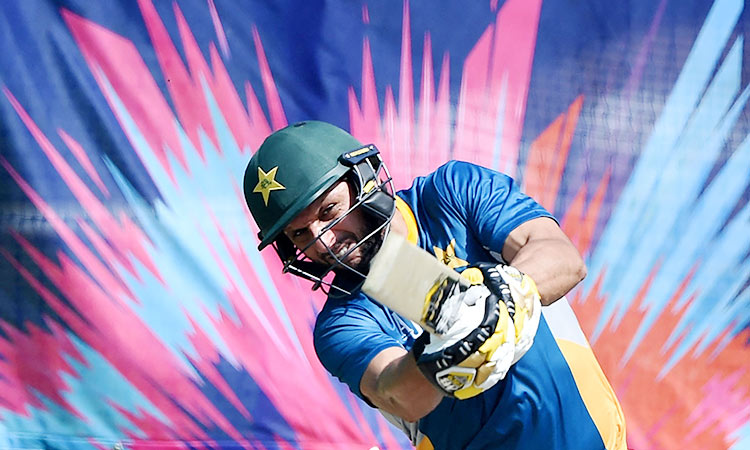 Shahid Afridi during a training session at the Punjab Cricket Association Stadium in Mohali on March 24, 2016, ahead of their World T20 Cricket match. AFP

Afridi was man of the match in a nail-biting seven-run semi-final win over South Africa in the tournament 12 years ago where he made 51. He then starred again in the eight-wicket rout of Sri Lanka in the final at Lord's where he smashed an undefeated 54.

Pakistan's victory came just three months after the terror attack on the Sri Lanka team in Lahore, an incident which sparked a shutdown of international cricket in the country. "We had that issue of the Sri Lanka attacks on our minds," Afridi said.

"The whole nation was disappointed and frustrated so that win was very much needed. "The win gave the whole nation happiness and some unforgettable moments."

Afridi famously stormed onto the scene in 1996 when he broke the record for the fastest century in ODI cricket, reaching his hundred from 37 balls. It was a record, which stood until 2014.

Then New Zealand abandoned their tour of the country just minutes before the first ODI in Rawalpindi. Three days later, England also withdrew its men's and women's teams from visiting Pakistan. 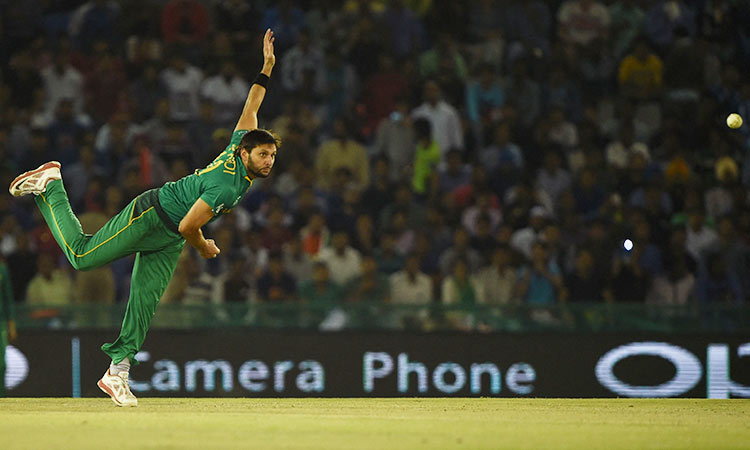 "This is Pakistan cricket for you, never ever a dull day," added Afridi ruefully. "Pakistan can surprise any team in the world. Rule them out at your peril."

In his 22-year international career, Afridi was at the heart of Pakistan's "topsy-turvy" ride in limited overs cricket.

Afridi anchored Pakistan's run to the final in the inaugural Twenty20 World Cup in South Africa in 2007, taking 12 wickets which earned him the player of the tournament award. Pakistan, however, lost twice against arch-rivals India -- including the final.

"Pakistan gave the best entertainment in the first T20 World Cup," insists Afridi.  "We lost to India in the group match after a bowl-out, which was something very new for us."

Pakistan then lost the final with Misbah-ul Haq falling to an injudicious shot off the third ball of the final over, with just six needed for a win.

"Misbah brought Pakistan into the game but then we lost by the barest of margins," said Afridi. Under Afridi, defending champions Pakistan then lost in the semi-final of the 2010 edition in the Caribbean when Michael Hussey clobbered 39 runs in the last two overs to give Australia an unlikely win.

"T20 suits our character," added Afridi. "We have the talent, approach and aggression required for this rapid format. "It is a format which is loved throughout Pakistan. We won against every team and then every team adopted that style.

"Bowling is now full of variety and new batting techniques have developed." Afridi insists Pakistan can once again spring a few surprises in the UAE.

"The current Pakistan team is very talented although they lack experienced players. But, as we all know, never under-estimate a Pakistan team!" 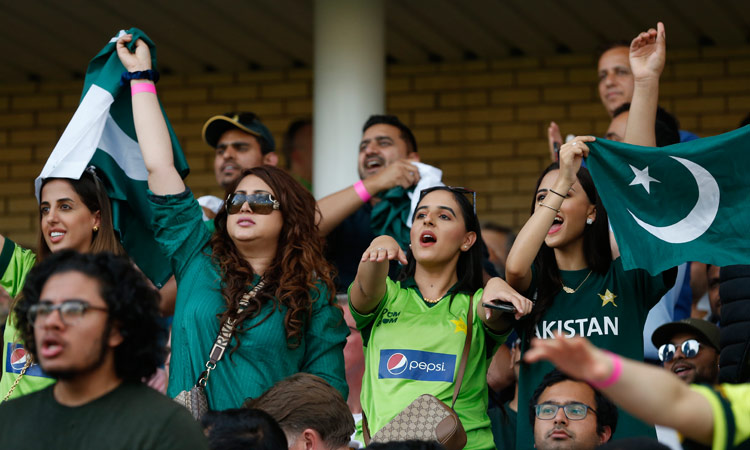 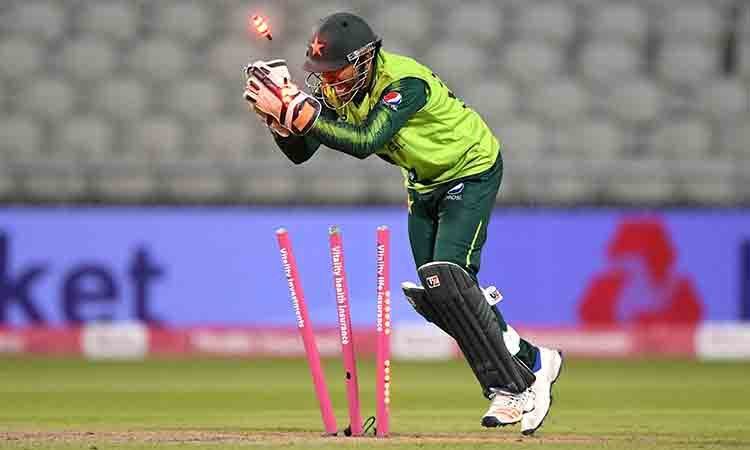 After reviewing player performances and in consultation with the team management, we have decided to include Haider Ali, Fakhar Zaman and Sarfaraz in the squad for the T20 World Cup 2021," Wasim was quoted as saying in a PCB release.