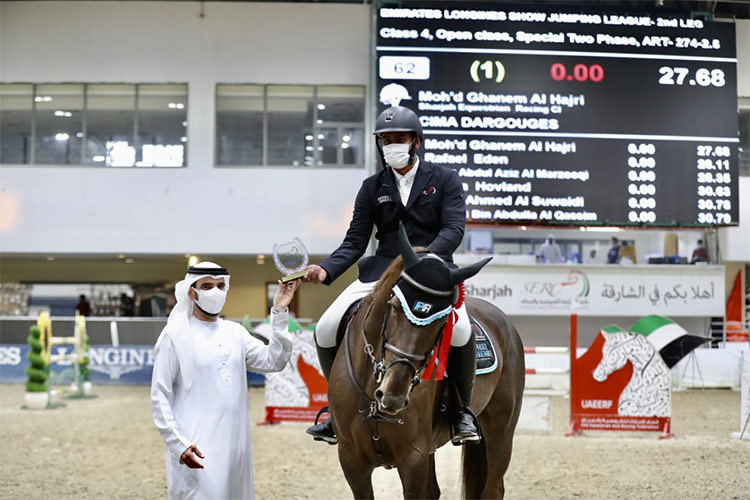 Emirates Longines Show Jumping League is being hosted by Sharjah Equestrian and Racing Club and consists of eight rounds and open to participation for all categories of show jumpers.

51 riders participated in the competition with nine managed to reach the main round without error.

With the hurdles placed at the height of (140cm) including a triple compound barrier, Hajri aboard Sima produced a flawless run to complete the round in a time of 35.77 seconds.

Earlier, 64 riders took part in a special two-stage competition on hurdles ranging in height between (130-135cm) .

12 were able to complete the second stage without errors.

Al Forsan Sports Resort’s Khaled Ahmed Al Hammadi won the first place in the third third round of the competition.

Sultan Mohammed Khalifa Al Yahyaee, General Manager of the Sharjah Equestrian and Racing Club, gave away the prizes to the winners.