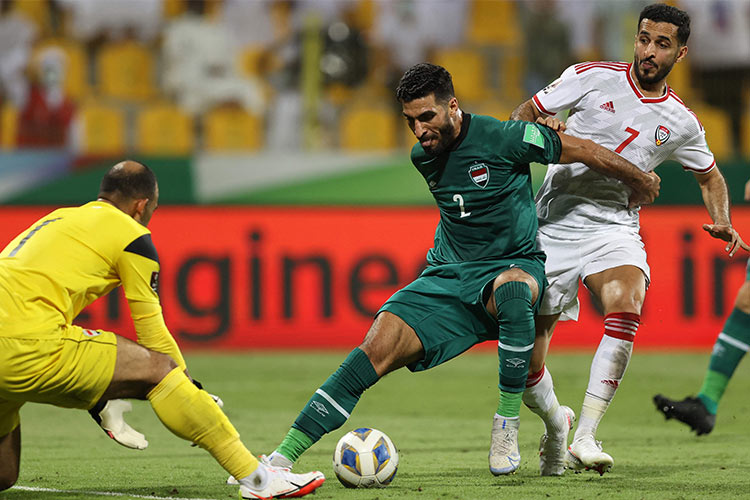 Ali Mabkhout scored a late equalizer as the UAE rallied to hold Iraq with a 2-2 draw in their 2022 World Cup qualifier match at the Zabeel Stadium in Dubai on Tuesday.

Iraq’s Aymen Hussein added one more in the 88th minute after Mohammad Attas of the UAE scored an own goal to give the tourists a 2-1 lead.

Attas’ own goal had equalized the score for Iraq in the 80th minute after Caeo Canedo had put the UAE 1-0 ahead.

Refusing to give up, Mabkhout held his nerve and put the UAE on level in the dying moments with an extra time goal, showing the mettle the champions are made of.

Earlier, the UAE broke the deadlock through Caio Canedo in the 33rd minute. The naturalized Brazilian, who was not in the starting line-up in the last match, tapped the ball inside the goal with a cross shot off an assist by Abdullah Al Menhali to put the UAE 1-0 ahead.

The UAE have naturalized three players Sebastian Tagliabue, Canedo and Fabio Lima to enable them to represent the country at the international level.

Iraq pressed hard to restore the parity and many times they came dangerously close but failed to find the back of the nets. The half-time score remained 1-0.

After scoring the first goal, a charged-up UAE did not go into the defensive mode but started playing more firebrand football to widen the gap.

Iraq had a golden chance to equalize in the 60th minute through Ali Fayez Atiyah. His straight shot off a free-kick was brilliantly saved by the UAE goalkeeper Ali Khasief, who parried the ball as he jumped up in the air to get some hands on it and changed its trajectory.

The UAE also could have doubled the lead but Mabkhout failed to find the target and his straight shot from the centre of the box off a through ball directly landed in Iraq’s goalkeeper hands. Mabkhout has scored two goals in the four matches in this round.

After the draw, the UAE slipped to fourth place in the six-team group with three points from four games. In another match, Lebanon defeated Syria 3-2 and moved to the third spot with five points.

Earlier, UAE had come close to scoring their first goal as early as within the three minutes of the kick-off. But Ibrahim Bayesh of Iraq pushed Ahbabi on the ground for which the UAE were also awarded a free kick.

Lima had another chance to open the scoring a few minutes later but his cross shot from the left side of the box was stopped by Ibrahim Khalaf, who got enough foot to deflect the ball away.

Both the teams were trying hard to break the deadlock and take a lead. They created many chances but failed to convert them into goals.

The UAE were bolstered by the return of Waleed Abbas, who was on the bench but Ali Salmeen could not make it to the fold. Both Abbas and Salmeen were ruled out of the match against Iran as they were nursing niggling injuries.

In their previous 13 meetings, Iraq and the UAE have won five games each while three ended in a draw. Both the teams came into match on the back of a three-game winless streak in identical fashion.

The UAE had drawn two and lost one match in the third round before this game. They were held to a goalless draw against Lebanon in their opening match of the final round.

In their second game against Syria, the UAE again failed to open their account and were held to a 1-1. They were beaten by a charged-up Iran in the third match. The loss against Iran had pegged back UAE further and had opened a huge gap between them and the top two teams.

The UAE will have to do a lot of catching-up to keep their hopes alive for the direct qualification for the showpiece events to be held in Qatar in 2022.

They will have to play every game as a must-win match to close the gap on Iran and South Korea and boost their hopes of finishing in the top two places to avoid the jitters of going through a grueling series of playoffs.

They will also depend on the results of Iran and South Korea to go in their favour.  The UAE have been placed in Group A along with Iran, South Korea, Lebanon, Syria and Iraq.

Elsewhere, Iran were held by South Korea to a 1-1 draw but they still maintained a two-point lead over their nearest rivals. They are still sitting on the top of the group with 10 points, having notched up three consecutive wins and a draw from four games so far. South Korea are two-point adrift in the second spot. 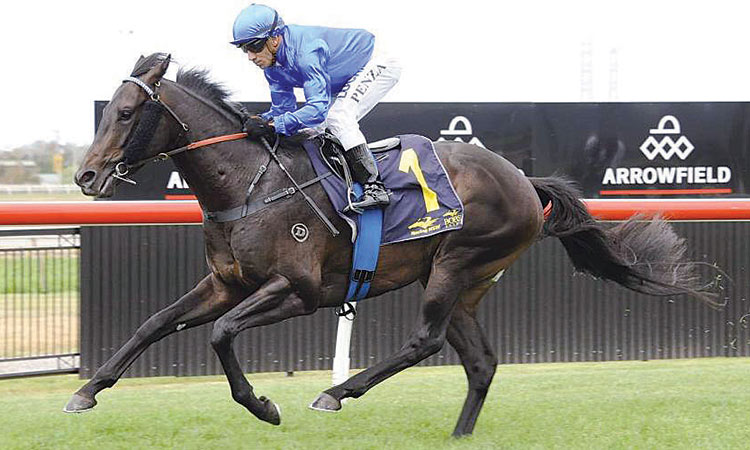 Boosted after their brilliant performance in the 10-wicket win over arch-rivals India on Sunday, Pakistan were this time led by fast bowler Haris Rauf who finished with 4-22.