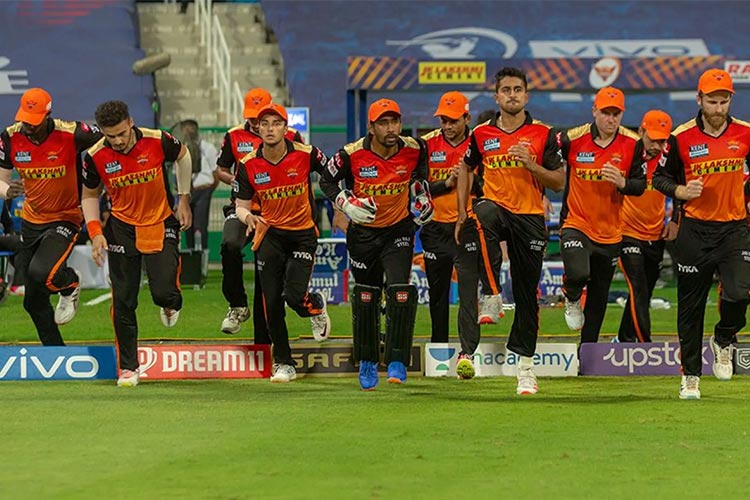 But Bhuvneshwar Kumar defended the total with gusto despite a six by AB de Villiers to give his team some joy amidst a rough season.

Bangalore were given an early jolt with Bhuvneshwar Kumar trapping Virat Kohli (5) lbw with an incoming delivery in the first over.

Daniel Christian's promotion to three backfired as he chipped a catch to mid-off off Siddarth Kaul. KS Bharat (12) slammed two boundaries before falling to gloving behind off Umran Malik in the seventh over.

Rashid Khan's first ball to Glenn Maxwell was hoicked over deep mid-wicket in the eighth over. When Khan returned for his next over, Maxwell took on him again, slog-sweeping over long-on for a six followed by a wristy sweep through deep mid-wicket.

In between, Malik was beating Maxwell for pace. Maxwell's partnership of 54 with Devdutt Padikkal ended in the 15th over as a direct hit from a sliding Kane Williamson at cover caught the right-hander short of his crease while taking a quick single.

Padikkal's painstaking struggle to break free ended when he holed out to deep mid-wicket off Khan in the 17th over.

Shahbaz Ahmed took eleven off Malik in the 18th over, including two boundaries, to bring the equation to 18 runs in the last two overs. Ahmed was dropped by Kumar at long-on in the start of the 19th over but pulled straight to mid-wicket on the fourth ball off Jason Holder.

At the end, 13 off the final over proved to be a tall order for Bangalore despite de Villiers, who didn't take the strike much in the innings.

Earlier, put into batting first, Hyderabad was off to a flying start with Abhishek Sharma hitting George Garton for a four and six in the second over.

But Garton dismissed him on the very next ball, chipping a catch off the leading edge to mid-on.

Kane Williamson got going with two boundaries against Siraj in the next over, creaming the drive through cover followed by a backfoot pull through square leg.

He and Jason Roy cashed upon anything loose to take Hyderabad to 50/1 at the end of power-play. From there, Bangalore enforced a slowdown with Yuzvendra Chahal and Shahbaz Ahmed bowling in tandem. 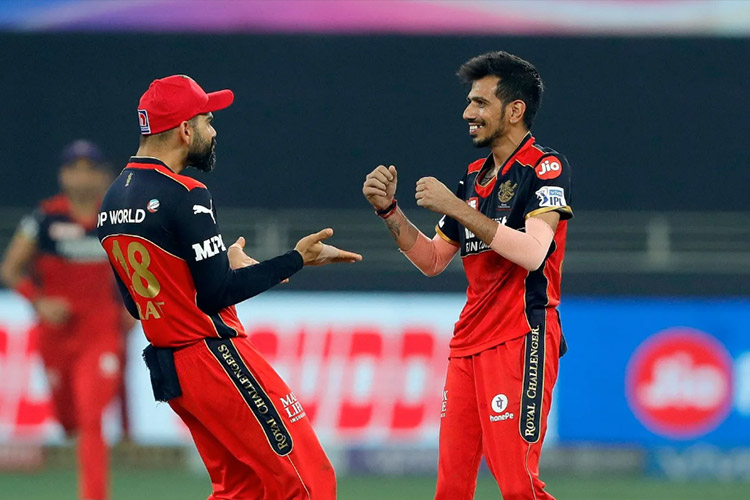