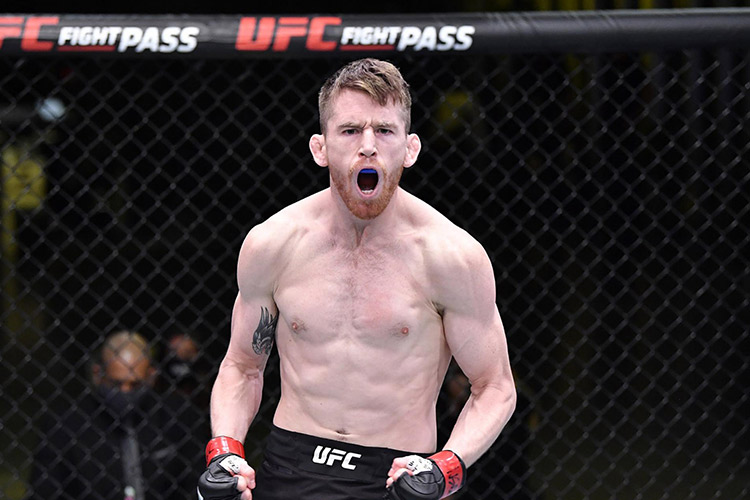 Cory Sandhagen returns to Abu Dhabi for the first time since he beat Marlon Moraes in UFC Fight Island Abu Dhabi in October 2020.

As the UFC returns to its international home in Abu Dhabi for UFC 267: Blachowicz vs. Teixeira, event organisers UFC and the Department of Culture and Tourism – Abu Dhabi (DCT Abu Dhabi) have lined up an intriguing interim title fight as the co-main event as part of Abu Dhabi Showdown Week.

Following the withdrawal of reigning bantamweight champion Aljamain Sterling, for his rematch with Petr Yan, US star Cory Sandhagen has signed up for the fight at Etihad Arena on Saturday (Oct.30).

This bout will precede the main event, where Polish fan favourite Jan Blachowicz will defend his light-heavyweight title against Glover Teixeira.

Sandhagen returns to Abu Dhabi for the first time since he delivered a powerhouse performance to beat Marlon Moraes in UFC Fight Island Abu Dhabi in October 2020.

Following that victory, Sandhagen said: “I want that belt. Those are the only two guys ahead of me and then I want the winner of Petr Yan and Sterling.”

After this, Sandhagen delivered one of the most memorable knockouts in UFC history against Frankie Edgar, one of the sport’s greatest-ever fighters, in the co-main event of UFC Vegas 18, back in February.

In the lightweight division, Rafael dos Anjos who withdrew from his bout against Russia’s Islam Makhachev.

New Zealand’s Dan Hooker, after his impressive victory at UFC 266 in Las Vegas, has stepped up to face Makhachev at UFC 267.

In response to the huge demand to attend UFC 267: Blachowicz vs Teixeira, DCT Abu Dhabi, the organiser of Abu Dhabi Showdown Week, has released additional tickets for the event, ensuring more UFC fans from the emirate, the region and beyond will be able to experience the blockbuster event.

The original allocation of tickets for UFC 267 sold out within two weeks of going on sale.

UFC 267: Blachowicz vs Teixeira is the final event of Abu Dhabi Showdown Week, a week-long festival of city-wide activations, which includes fan events, fitness showcases and much more.

Demand for the UFC event is also testament to the level of trust in Abu Dhabi, which was ranked as the safest city in the Middle East and North Africa (MENA) by the Economist Intelligence Unit.