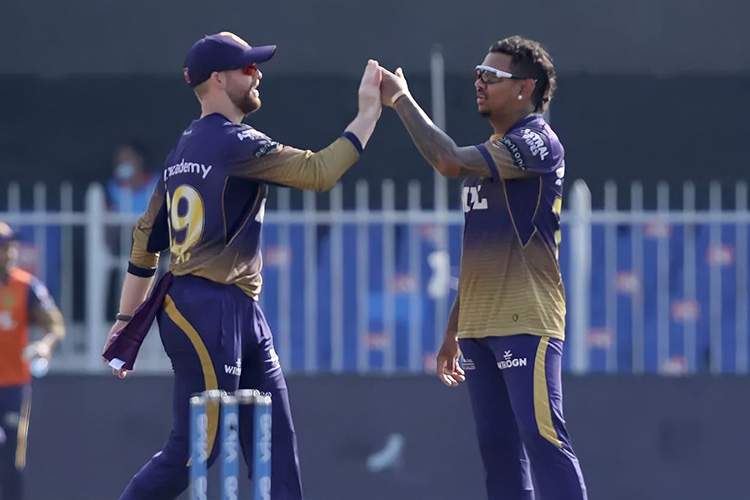 Sunil Narine celebrates after taking the wicket of Sunil Yadav at Sharjah Cricket Stadium on Tuesday.

KKR moved to 10 points from 11 matches and maintained their chances of reaching the knockout stage.

Chasing, Kolkata got off to a decent start as the openers shared a 28-uns stand for the first wicket to give a good start.

Surprisingly, Anrich Nortje and Axar Patel began the proceedings for Delhi instead Kagiso Rabada bowling from the other end. Ashwin was brought in the attack in the third over the first-change.

Panst had tried five different bowlers in first five over and finally Lalit Yadav did the trick for Delhi by rattling the stumps of in-form batsman Venkatesh Iyer.

After the departure of Iyer, Kolkata kept on losing the wickets at regular intervals as Rahul Tripathi was caught by Smith off Avesh Khan.

Shubman Gill and Nitish Rana added 24 runs for the third wicket before Rabada removed the former for his first scalp of the day. 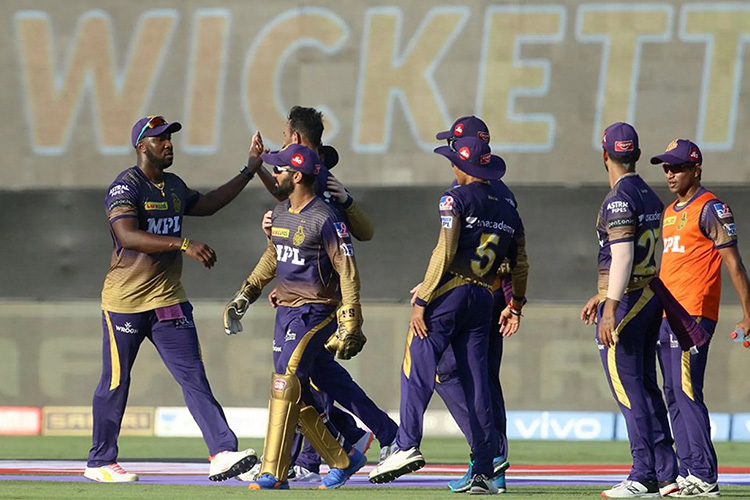 Ashwin had dangerman Eoin Morgan caught by Yadav for a naught to push Kolkata on the backfoot completely. Kolkata made a target of 127 look like a herculean task. They were in tatters and needed someone to play a big knock to pull them out of the rot.

Earlier, Steve Smith and Shikhar Dhawan gave Delhi a blistering start as the opening duo added 37 for the first wicket in just 4.3 overs. They were hitting Tim Southee and Warried freely and fearlessly all over the ground. Lockie Ferguson, who brought into the attack as the first change, gave Kolkata the first breakthrough by getting rid of Dhawan.

Dhawan wanted to drive Ferguson through the point but Iyer took a stunner as Delhi lost their first wicket. In the next over, Sunil Narine rattled the stumps of Shreya Iyer to make it 40-2.

Two dismissals in quick successions put the brake on run rate and Kolkata cleverly brought on mystery spinner Varun Chakravarty from the other end.

He bowled a tight line to mount the pressure and gave just three from the over. Smith and Rishab Pant knuckled down to rebuild the innings. They took singles and doubles to keep the scoreboard ticking before Pant hit tow consecutive boundaries on the fine legs and third man off Chakravarty to release the pressure.  He used the pace of the all and caress it through the gaps to dodge the fielders on both the occasion.

Both the batsmen played sensibly with out taking any undue risk and took the score to 77 before Ferguson returned for his spell.

Ferguson dismissed former Australian captain to break the dangerous-looking partnership after Smith and Pant had added 33 runs for the third wicket. He rattled the stumps of the Delhi opener.

Smith’s dismissal opened the flood gates as Kolkata bowlers ripped through the middle order. Delhi lost three wickets in the space of four runs as they were reduced from 88/3 to 92/6.

Venkatesh had Shimron Hetmyer caught by Southee and Narine trapped Sunil Yadav in front of wicket for a naught before Axar Patel became the second victim of Venkatesh as Delhi were left in tatters. 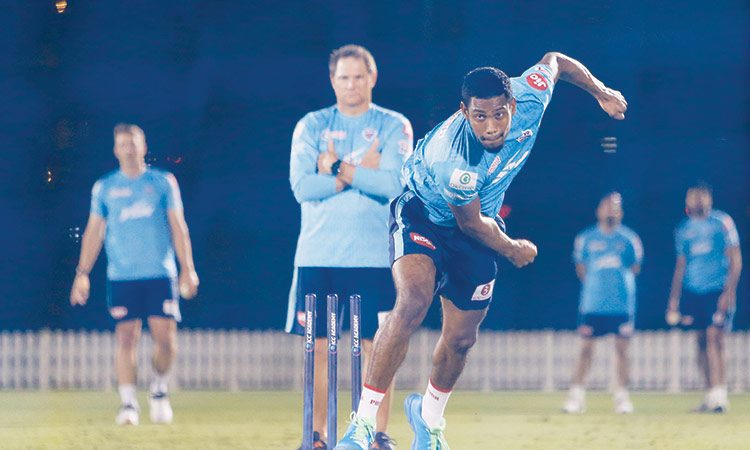 Giant-killers Kings XI Punjab (KXIP) will look to keep their play-off hopes alive with a victory over a rampant Delhi Capitals in their Indian Premier League (IPL) match on Tuesday.