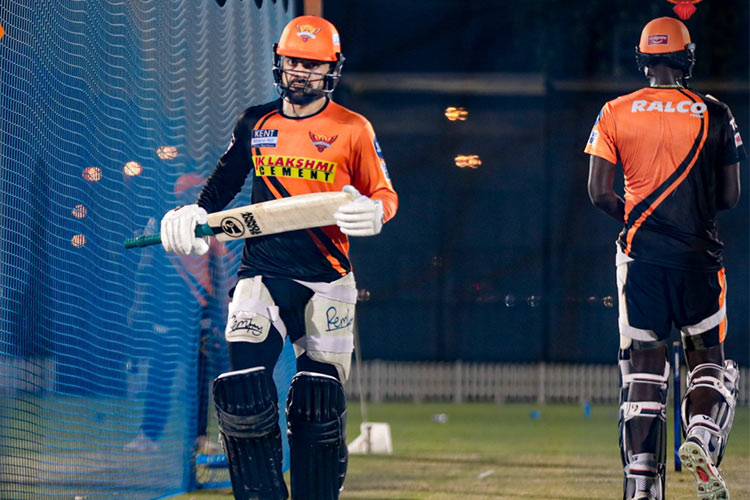 Sunrisers Hyderabad's Rashid Khan gets ready to bat during a practice session.

Rajasthan Royals (RR) will take on a beleaguered Sunrisers Hyderabad (SRH) in a bottom of the table but a very important clash in their Indian Premier League (IPL) campaign on Monday.

The match between Rajasthan and Hyderabad can effectively change the landscape of the tournament as it can reshuffle the standings and will have bearing on the other teams’ fortune as well.

Rajasthan are lying at the second last spot in the table, with eight points from their nine games, just one point above Hyderabad, who are virtually out of the contention for the play-offs.

But Rajasthan still have a lot to play for as despite being at the seventh spot they have a chance to climb up and qualify for the knock-out stage.

The race for the play-offs is so tight that the last four teams are separated by just two points. With both Delhi Capitals and Chennai Super Kings (CSK) comfortably sitting on the top two places in the standings, the fight for the third and fourth spot has been heated up due a fierce competition.

Hyderabad have just two points and their defeat against Punjab Kings was the last nail in the coffin. They had a miserable campaign as they could manage to win just one out of their nine games.

After a dismal start to the campaign, Hyderabad sacked David Warner and named Kane Williamson as the new captain in the hope of seeing a turnaround.

But change in the leadership also could not bring any changes in the performance or the fortune of the team. When the IPL was suspended mid-way in India and shifted to the UAE, Hyderabad hoped may be the change in the playing conditions will help the cause but that too did not work for them.

Hyderabad is one team which heavily depend on their foreign players. And they were badly hit by the pull-outs of the players due to injuries, personal reasons and contract expiry as the IPL bandwagon moved to the UAE for the remaining matches.

Their opening batsman Jonny Bairstow pulled out because of a six-day quarantine rule which was a big blow for them. Hardly had Hyderabad come out of the shock, bowler Natrajan tested positive for coronavirus.

He was ruled out for 10 days and replaced by J&K pacer Umar Malik, who joined the squad on a short-term contract. The dust had barely settled down Sherfane Rutherford, the West Indian, who replaced Bairstow lost his father and had to fly to his home country, which further weakened an already depleted Hyderabad.

They could never bring their campaign back on the track due to the compounding problems both on and off the pitch. Warner’s slump in form added to their woes.

But Rajasthan would be a wary of Hyderabad as they have nothing to lose.

They can play a firebrand cricket without pondering much about the result.

Now Hyderabad will play to salvage pride and which should be a something of worry for Rajasthan, who still have so much at stake.

Rajasthan pulled off an improbable last-over victory against Punjab in their first match in the UAE before going on to lose against Delhi.

Tyagi gave just one run and took two wickets to deny Punjab a certain victory in the last over. Punjab could not score three runs off the last over despite having eight wickets in hands.

They will look to bounce back against Hyderabad but they are also battling the issue of absentees. They are the worst-hit team due to pull-outs.

Many players have withdrawn from the tournament in the UAE leg, which has completely changed the landscape and shifted the equilibrium.

Rajasthan are missing the service of the star cricketers Jofra Archer, Ben Stokes and Jos Buttler along with David Miller. Stokes and Acrher have pulled out on the health ground whereas Buttler cited a personal reason for the withdrawal.

But in the absence of the stars, Evin Lewis, Yashasvi Jaiswal and Liam Livingstone had done well against Punjab. But they were all found struggling against the pace of Anrich Nortje and Kagiso Rabada, who clocked the speed of 140km/hr regularly.

But the good news for Rajasthan is that they Hyderabad do not have ferocious pacers like Nortje and Rabada. But Rajasthan will have step up their performance if they want to be in contention as the road ahead looks bumpy and bouncy. 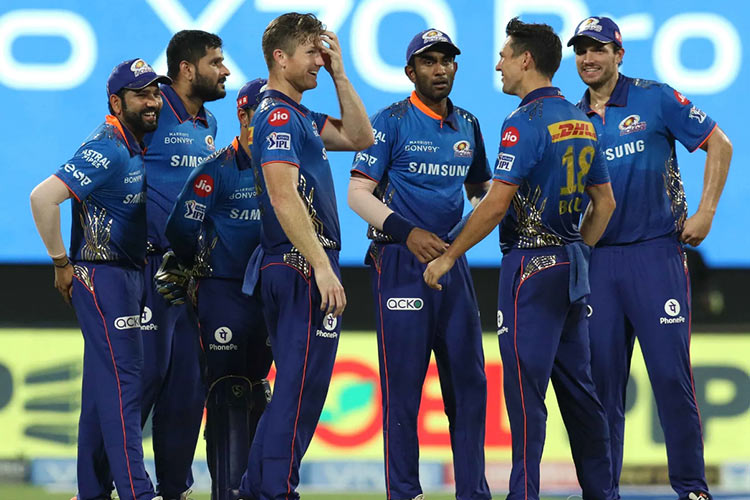