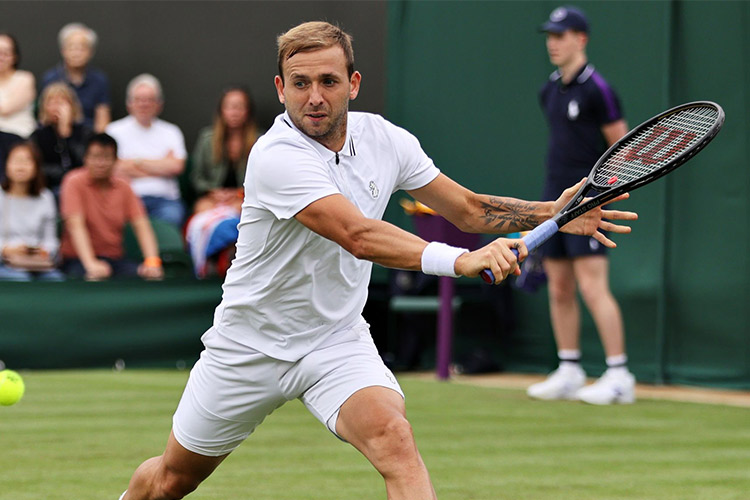 Tie Break Tens will feature some top players including Dan Evans (above) and Gael Monfils..

The newest sporting event for Dubai, Tie Break Tens, will be hosted at City Walk’s Coca-Cola Arena on October 22 – and tickets went on sale last week.

Part of the international series that first took place in London’s Albert Hall in 2015, the Tie Break Tens (TB10) tournament series, now in its seventh year, is coming to Dubai, and will feature many of the world’s favourite players.

The Dubai tournament taking place in October will feature French number one player and winner of 10 ATP World Tour singles titles, Gael Monfils, who is always a crowd favourite and widely known for his entertainment value. Also appearing will be this year’s winner of the Murray River Open in Melbourne, the British number one, Dan Evans. Further players will be announced over the coming weeks.

The exciting TB10s is the only officially recognised short-form of traditional tennis – there are no games, sets or matches – just 10-point tie breakers where eight players compete in a knock-out format with a winner-takes-all prize. It’s a fantastic way to see a lot of tennis played in a short period of time, where every point counts, over the course of just one evening, creating a spectacular series of exciting and unpredictable clashes, leaving spectators on the edge of their seats. This year will commence with the Dubai men’s tournament, with plans for women’s and junior tournaments also underway.

Jimmy Poon, Tournament Director for TB10s Dubai, said: “This is such a great addition to the Dubai sporting calendar and we’re really excited to see some of the world’s best players come to showcase this exciting game. Tennis fans will enjoy the game as they’ve not seen it before here and I’m confident the sport will attract some new fans as they enjoy this fast-paced evening of sporting fun – the energy and drama around these knock-outs is infectious to say the least!

He added: “Alongside the player line up, we are also delighted to welcome Title Sponsor, Zone, an online E-sports and crypto currency platform that will be launching in the region from October 2021. We look forward to working together to make this event a landmark occasion on the international tournament series and showcasing Dubai.”

Adil, K Mishra, Founder and CEO of Zone, said: “The Zone.game team is excited to partner with Tie Break Tens Dubai to bring revolutionary blockchain concepts to the world of fantasy sports and esports. We are looking forward to engaging with Tie Break Tens and some of the world's leading tennis players to introduce our skills-based challenges, NFTs and rewards.”

Leading up to the tournament, Dubai TB10s has announced a grass roots junior tournament to support young talent in the sport, with the finals of both the boys and girls U-18s games being played in the arena on the night of the main event. A tennis clinic will be held in the week leading up to the main TB10s evening for competition winners from schools in Dubai.