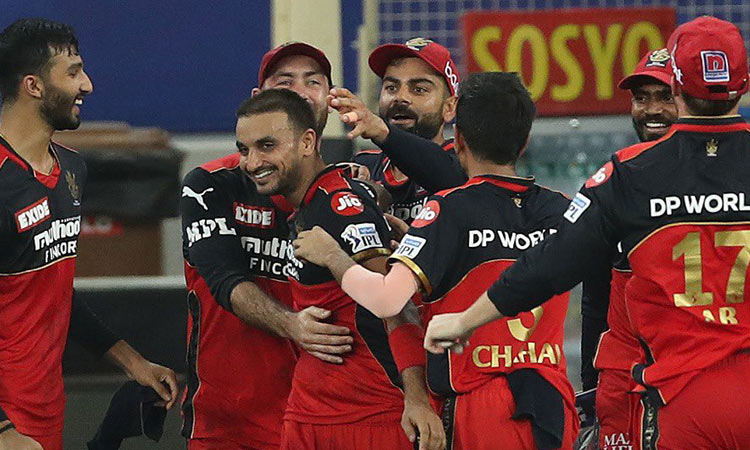 Harshal Patel took the first hat-trick of the season after Glenn Maxwell put a up stellar all-round performance as Royal Challengers Bangalore (RCB) bounced back to beat Mumbai Indians (MI) by 54 runs in their IPL match in Dubai on Sunday night.

It was Yuzvendra Chahal who triggered the skid with the dismissal of de Kock to break the partnership. Chahal lured de Kock into a drive with a flighted delivery and he could not managed to get enough bat behind the ball as Maxwell dived to complete a clean catch.

After the dismissal of de Kock, Mumbai kept on losing the wickets at regular interval and suddenly a chaseable total started looking like a mountain to climb. Maxwell had Rohit caught by Paddikal and Ishan Kishan fell prey to Chahal as Mumbai lost two wickets in quick succession.

Maxwell struck again, rattling the stumps of Krunal Panday to leave Mumbai tottering on 93-4. Suryakumar Yadav sliced it in the hand of Chahal at gully when trying to play a cut shot as Siraj also opened his account with a soft dismissal. 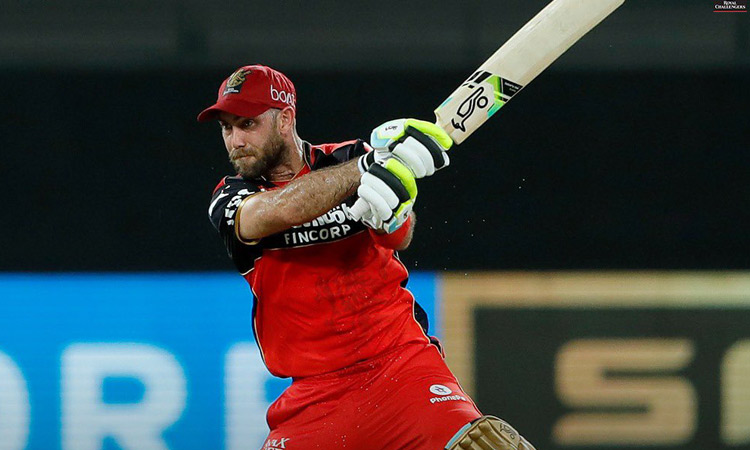 Glenn Maxwell plays a shot against Mumbai Indians in Dubai.

Mumbai were in rot and needed someone to anchor the stuttering innings. But with Pollard and Hardik Pandya on the crease, their hopes were alive though asking rate had climbed to 12 per over. But the worst was yet to come.

Patel came for his second spell and had Haridk caught by Kohli at covers. He trapped Pollard in front of the wicket on the next ball before uprooting the stumps of Adam Milne to complete his hat-trick.

Patel dismissed Deepak Chahar to complete his four-wicket haul, conceding just 17 runs while Chahal took three for 11 followed by Maxwell, who picked up two for 23 after scoring a fifty. Earlier, Kohli was on fire as he was dealing in boundaries only.

\He made his intent clear from the beginning by welcoming Trent Boult with a six in the first over though he was lucky as the fielder failed to get hold of the ball.

Jasprit Bumrah dismissed Devdutt Paddikal for a naught. Despite losing Paddikal early on in the innings, Kohli kept on playing shots freely to turn the pressure on Mumbai. He hit Bumrah for a boundary and a six off the consecutive deliveries to reach 10,000-run mark in T20 cricket when on 16.

After the dismissal of Paddikal, Kohli and Srikar Bharat added 68 runs for the second wicket to steady the ship. Rahul Chahar broke the dangerous-looking partnerships.

He had Bharat caught by Yadav to give Mumbai a much-needed breakthrough. Kohli and Maxwell combined to add another 51 runs for the third wicket, taking the score 126/2. Kohli brought up his third fifty of the tournament with a single off Boult. 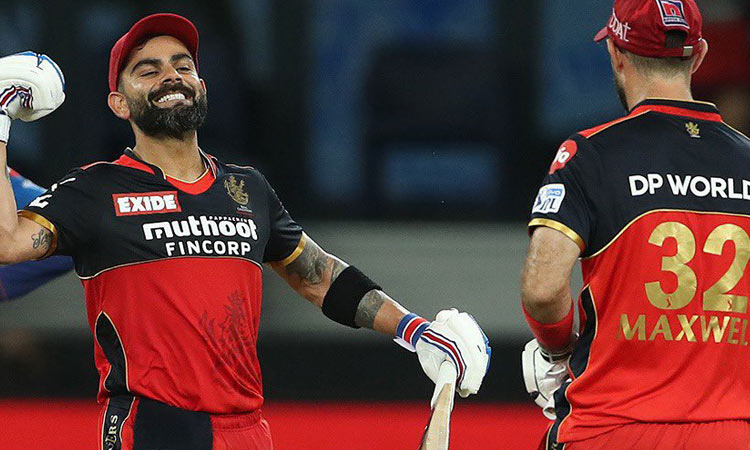 Kohli was dismissed by Milne. Kohli holed out a sitter to the substitute AS Roy. But the captain had given a platform for huge total to his team. Maxwell and AB de Villiers took the charge in their hands shared a 35-run partnership, taking the score 161/3. Maxwell reached his third fifty of the season as he drove Milne for a couple. He completed his fifty in just 33 deliveries.

The Australian hit six fours and three sixes during his stint at the crease. Bumrah, who was brought back into the attack, struck in quick succession to get rid of Maxwell and de Villiers both.

Maxwell holed out Boult to give Bumrah his second scalp of the day. On the next delivery, De Villiers also spooned a simple catch to the wicket-keeper De Kock as Bumrah picked up his third wicket.

The two wickets in quick successions pushed Bangalore on the back-foot in the death overs. Boult also swung into action as he rattled the stumps of Shahbaz Ahmed, reducing Bangalore from 161-3 to 162-6 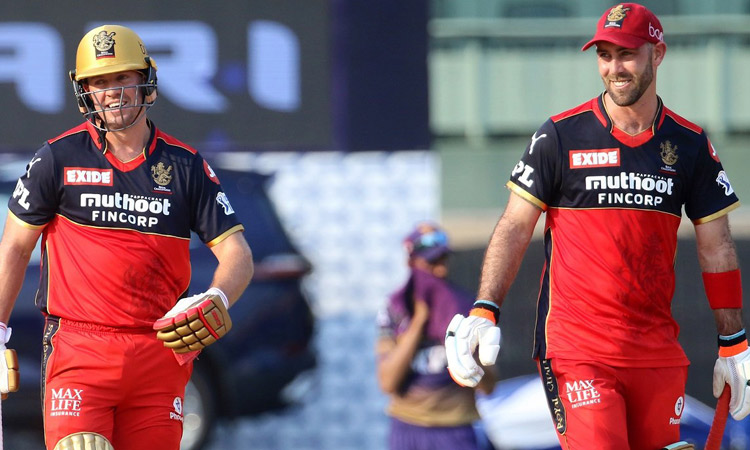