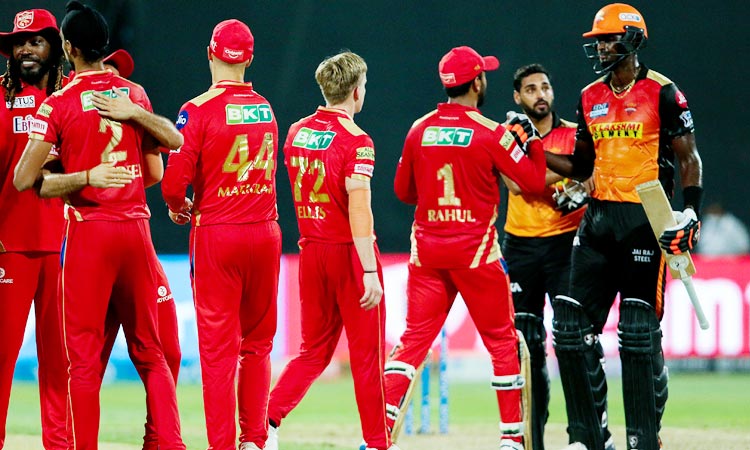 Despite a sublime all-round performance by Jason Holder, Punjab Kings defended a paltry total to eke out a thrilling last-ball victory against Sunrisers Hyderabad to keep their Indian Premier League (IPL) play-off hopes alive in Sharjah on Saturday.

Meanwhile, in the other match of the day, bowlers shared the spoils while Shreyas Iyer scored a valuable 43 as Delhi Capitals (DC) beat Rajasthan Royals (RR) in an IPL match in Abu Dhabi.

After taking three wickets for 19 runs, Holder played a gritty innings, smashing an unbeaten 29-ball 47 but that was not enough to take his team through to the end. Holder waged the lone battle till the last ball of the match but failed to send the ball over the line, which could have ended the game in a tie and forced a super Over.

Holder brought the equation down to seven needed to win off the last ball and six to force the game into a Super Over. But he could manage to take just two off the last ball, which ended Hyderabad’s hopes with their eighth loss in nine games. 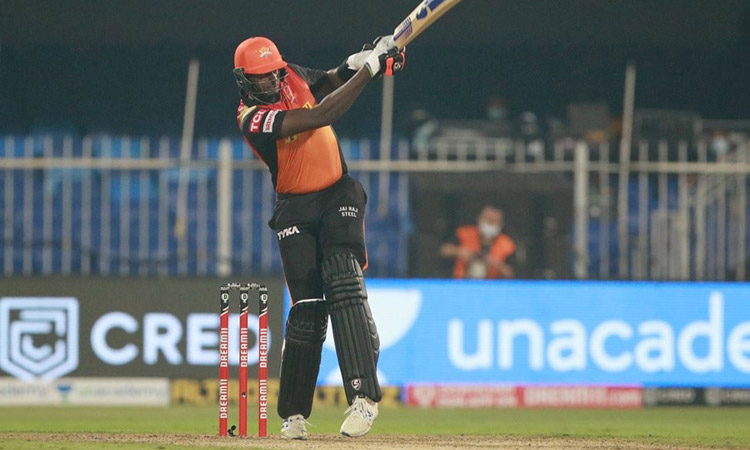 Nathan Eliss held his nerve and bowled a tight last over to deny Hyderabad a victory as Punjab boosted their hopes with a five–run victory.

Earlier, Hyderabad made herculean task of what should have been an easy chase. David Warner’s woeful form with the bat continued as Hyderabad got off a wobbling start.

Mohammad Shami dismissed Warner in the first over to give Punjab an early breakthrough as Hyderabad lost their first wicket with only two runs on the board.
In his next over, Shami struck again and got rid of captain Kane Williamson to push Hyderabad on the back foot.

Hyderabad needed someone to play a sheet anchor-role to revive the innings.  Williamson dismissal opened the floodgates for Bishnoi, who ripped through the fragile middle order.

He rattled the stumps of Manish Pandey as Hyderabad were reduced to 32-3. Saha added 24 runs with Kedar Jadhav for the fifth wicket to take the score to 56 before Bishnoi uprooted the stumps of the latter.

Bishnoi also had Abdul Samad caught by Gayle to leave the opponents tottering at 60/5 in 13 overs. Saha was found short of ground and Rashid Khan was caught and bowled by Arshdeepsingh.

Earlier, a Holder-led Hyderabad attack put up a splendid bowling performance to restrict Punjab to a modest 125 /7. Holder triggered the skid with the dismissal of KL Rahul.  He had the Punjab captain caught by Suchit in the fourth over to give Hyderabad first breakthrough. After three deliveries, he removed Mayank Agarwal also to make it 27-2.

After that Punjab kept on losing the wickets at regular intervals and could never recover from there on. West indies swashbuckling batsman Chris Gayle, who returned to the fold after missing the last game, failed to recreate the magic. 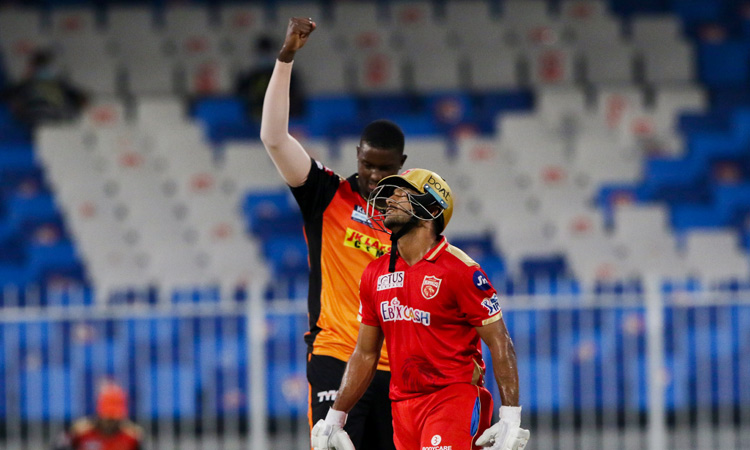 He was trapped in front of wicket by Afghanistan’s wily spinner Rashid. He took only one but wicket bowled a tight spell, choking Punjab completely.
Aiden Markam and Gayle added 30 runs for the third wicket – longest partnership of the innings -- to take the score to 57 before Rashid got rid of the danger man to bring respite to Hyderabad camp.

Soon after the departure of Gayle, Nicholas Pooran was caught by Sandeep Sharma off his own bowling as Punjab lost their fourth wicket. Aiden was holding the fort single-handedly before Samad had him caught by Pandey to leave Punjab in tatters. Holder returned for his second spell and sent back Randeep Hooda to the pavilion as Punjab lost their fifth wicket with just 96 runs of the board.

Harpreet Brar and Ellis chipped in with useful contributions down the order. Brar scored run-a-ball unbeaten 18 while Ellis made 12 before being caught by Pandey off Kumar.

Holder was the most successful of all the bowlers as he picked up three wickets for 19 runs while Kumar conceded 34 in his four overs picking up just one wicket.

Delhi struck twice in the space of two overs as Kagiso Rabada and Axar Patel got Lomror and Riyan Parag out respectively to push Hyderabad on the back foot.
Samson scored a fighting half-century, Delhi bowlers kept the things tight, striking at regular intervals, and denying RR any momentum with the bat – helping the team seal a comfortable 33-run win.