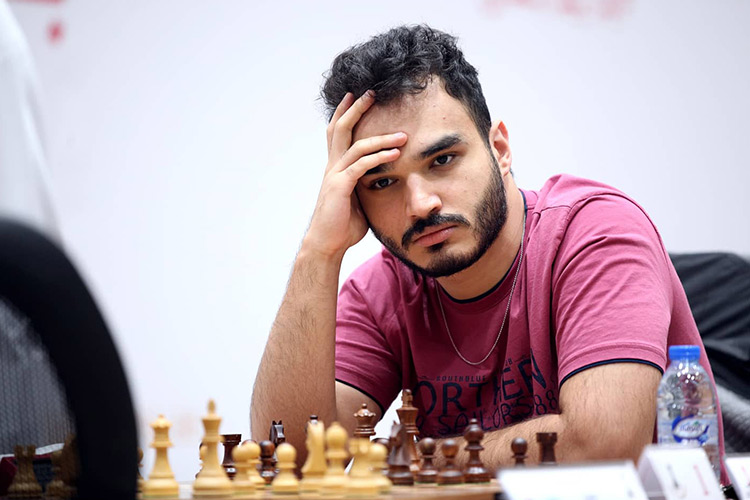 Seyyed Mohammad Amin Tabatabaei contemplates a move during the eighth round of the Sharjah Masters International Chess Championship.