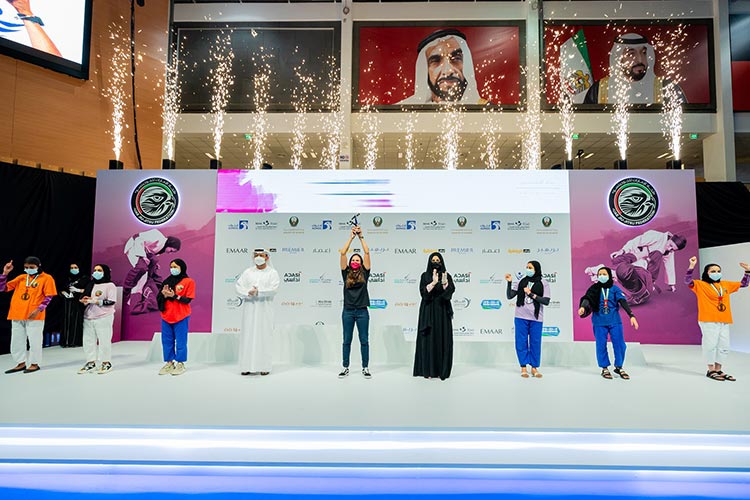 The UAE’s top female athletes delivered a day of top-class jiu-jitsu during the fifth and final round of the Mother of the Nation Jiu-Jitsu League.

The Jiu-Jitsu Arena, in Abu Dhabi, hosted a high-quality day on the mats with athletes in the adults, U-18 and U-16 categories taking centre stage.

After intense competition Al Wahda Club secured top spot to take the league title in the adults’ category, with Al Ain in second and Palm Sports 777 in third. In the U-18 category, Al Ain Club showed their strength in depth to take top spot ahead of Al Wahda, and Sharjah Self Defence Club in third. The U-16 title went to Palm Sports Team 777, with Al Wahda second, and Al Jazira in third place.

Commentating on the conclusion of the championship, Mohammed Salem Al Dhaheri, Vice Chairman of the UAE Jiu-Jitsu Federation (UAEJJF), said: “The Mother of the Nation

League has developed into an international-calibre championship, attracting athletes who have succeeded in capturing medals in several global championships including the Asian and World Championships and Abu Dhabi World Professional Jiu-Jitsu Championship.

“One of the most important aspects of the Mother of the Nation League is to provide a platform for the next generations of champions, in the U-18 and U-16 categories, to gain top-level experiences and prepare for upcoming events including the Jiu-Jitsu World Championship and the 13th Abu Dhabi World Professional Jiu-Jitsu Championship.

“We are extremely pleased with the strong participation in this championship, and it shows the efforts of the Federation, with the continuous support of the UAE’s visionary leadership, to grow the sport among women in the country are paying dividends,” added Dhaheri

Maryam Al Ali from Palm Sports Team 777, who captured the gold medal in U-16 category, 44kg, said: “I came across strong competition today and managed to secure the win thanks to persistence and following the instructions of the technical staff.

“I would like to congratulate my fellow women athletes as we move towards our next goal in honoring the UAE in the World Championship and Abu Dhabi World Professional Jiu-jitsu Championship in November.”

Al Ain Club star Shamma Rashed, who won the gold in the U18 category,40kg, commented: “The athletes have conducted several training camps and participated in international championships, leading up to today’s final round, which helped in raising the bar of competition thanks to improved fitness and technical levels.

“Our coaching staff played a role in my victory as they helped in enhancing my psychological and technical skills, to be able to control the bouts.”

Hamda Alshkeili, representing Al Wahda Club, took gold in the 48kg event. After her victory, Alshkeili, said: “The UAE’s female athletes have important competitions ahead as we enter camps to prepare for the World Championship and the Abu Dhabi World Professional Championship. We all look for another achievement to honour our leaders and our beloved country as Abu Dhabi prepares to welcome the jiu-jitsu world in November.”

The fifth and final round of the Vice President's Jiu-Jitsu League will crown a high-quality weekend at the Jiu-Jitsu Arena in Abu Dhabi, on Saturday, with the participation of elite male jiu-jitsu players representing the country’s clubs and academies.

The final round of the championship is set to witness strong competition in three categories U-16, U-18 and adults as Al Ain, Al Wahda, Al Jazira, Baniyas and Sharjah Self

Defence Club aspire to provide a distinguished performance on the mat to capture the gold and season glory. 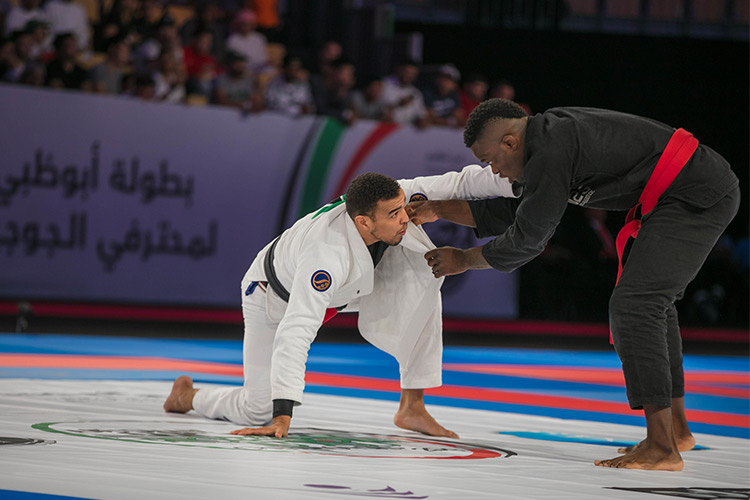 The ADWPJJC will be held at the Jiu-Jitsu Arena in the UAE’s capital from April 6-9 and will see some of the best jiu-jitsu fighters from across the world compete over four days. 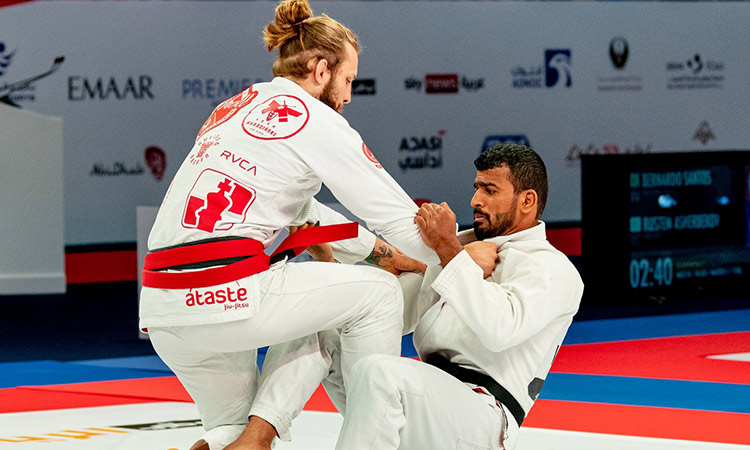 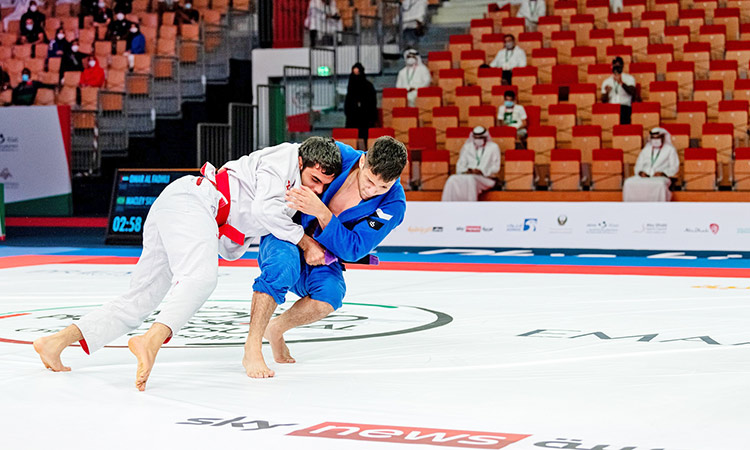