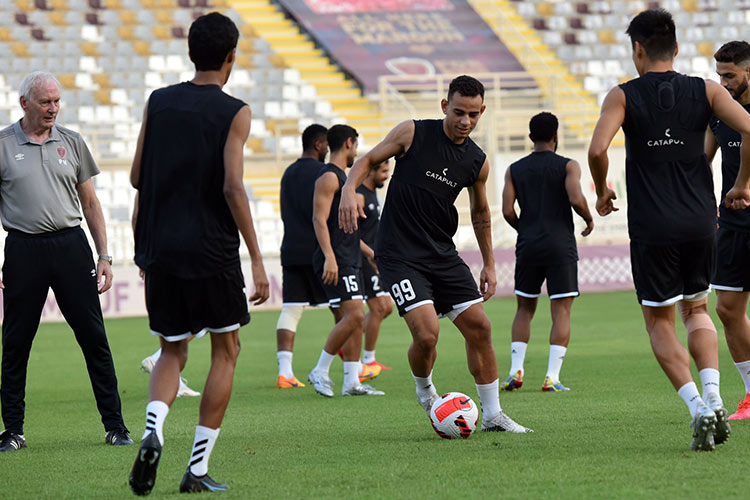 The fifth round of the Adnoc Pro League will get under way on Thursday. Shabab Al Ahli and Al Wahda match headlines the fifth round, which will be played over two days.

Table toppers Al Ain will take on newly-promoted Al Orooba, who are at the 13th spot in the 14-team league.

Al Ain are in stellar form and have put up a mesmerizing performance to maintain a perfect start to the season, winning all their four matches so far.

Al Ain striker Kodjo Laba, who has scored six goals in four matches so far, will lead his team charge against Al Orooba, who are 12 places adrift of them.

Al Orooba have shown a remarkable improvement since their promotion to the top fight. After losing their opening games against Al Nasr and Al Wahda, Al Orooba managed to salvage tow consecutive draw against Shabab Al Ahli and Ajman.

“We will not take Al Orooba lightly. They are a good side and they can stun any team on a given day. They have shown how fast they are improving.

“After being routed in their two opening games they have bounced back to hold Shabab Al Ahli and Ajman. We will look to extend out winning momentum and get away all three points to tighten the grip on the top spot,” said Rebrov.

“Work atmosphere inspires and pushes the team to improve their performance further and achieve stunning results. We have to focus well on our next match as each match means 3 points, and we only concentrate on each match separately.”

He also confirmed that all the players are ready except Caio Canedo, who is nursing an injury.

In one of the most intriguing clashes of the fifth round Shabab Al Ahli will take on Al Wahda.

Al Wahda will look to end their winless streak with a victory against Shabab Al Ahli. Al Wahda have been held in their last three matches and are lying at the sixth spot with as many points.

Al Wahda coach Henk ten Cate is confident that they can break the jinx against Shabab Al Ahli.

“I am confident we will get back to the winning ways sooner or later. The league has just begun and there is a lot to play for.

“We have been unbeaten in the first four games that is a positive thing, The title is not decided before April or May. So it is too early,” added ten Cate.

Though Al Wahda have not been able to put up a winning performance in the domestic league but on the continental stage they have done well.

Al Wahda defeated Sharjah in the all-UAE clash, in a round of 16 match in the AFC Champions League to book a berth in the quarter-finals.

Ten Cate also said they are wary of Shabab Al Ahli, who are sitting at the third spot with ten points. They have won three and drawn one of their four matches.

Shabab Al Ahli have been revived under Mehdi Ali, who returned to his old club. He led them to three titles – Arabian Gulf Cup, Arabian Gulf Super Cup and the President’s Cup -- in the last season.

They have witnessed a remarkable resilience under Ali and have been a force to reckon with this season as well.  In the other match of the day, Ittihad Kalba will take on Al Wasl at the Kalba stadium in an early kick-off at 6:45pm.