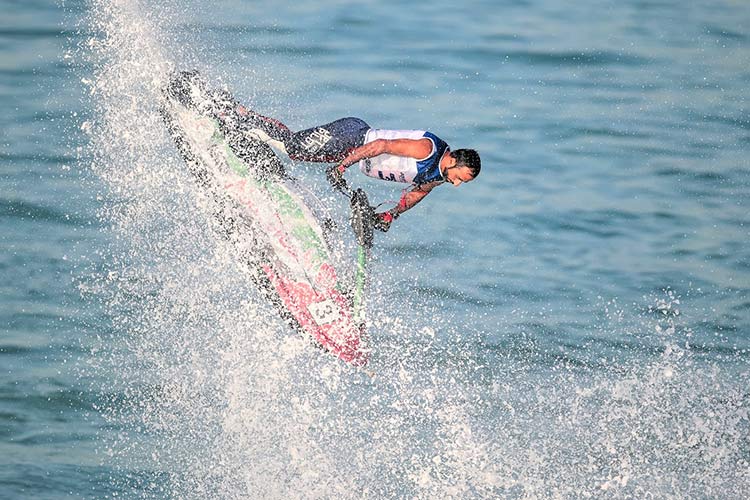 The Team Abu Dhabi star and three-times world aquabikes freestyle champion has been unbeatable since his first of 11 consecutive overall Grand Prix victories stretching back to November 2017.

Mulla has since then won 24 successive motos, the back-to-back events which make up each round of the UIM-ABP Aquabike Class Pro World Championship, and can add to his tally in the Regione Sardegna Grand Prix of Italy in Olbia.

The Emirati recorded his last Grand Prix success in Kuwait in February 2020, less than a month after breaking his right shoulder in a training accident, before the championship was put on hold as a result of the pandemic.

With the series now resuming in Italy at the weekend, and other rounds to follow in Kuwait in November and Sharjah in December, Mulla has a chance to set a record which may prove unbreakable.

“I’ve been training very hard physically to stay at my best level and I’ve also being doing a lot of technical work to get the best out of the ski,” he said. “If there are no technical problems with the ski I’m 100 per cent confident that I can win again.”

Mulla says he has spent months perfecting a series of new tricks which will be seen for the first time by judges and spectators when he returns to action in Olbia, the coastal city in northeast Sardinia.

His biggest rival could again be the Italian Roberto Mariani who finished runner-up to Mulla in seven motos during the 2019 world championship.

The event gets under way with official practice on Friday morning followed by the pole position qualifiers in the afternoon and evening, with one moto each taking place on Saturday and Sunday.

If he can extend his aquabikes freestyle dominance, Mulla will be adding to an impressive haul of world championship titles delivered to Abu Dhabi International Marine Sports Club in recent years.

It was the 12th world championship triumph engineered by Italian race legend Guido Cappellini since becoming team manager in February 2015, and more could be on the way this year.

Team Abu Dhabi made a perfect start to the 2021 UIM F1H2O World Championship on Sunday as Thani Al Qemzi won the Grand Prix of Europe in Italy ahead of team-mate and defending world champion Shaun Torrente.

That one-two finish has raised hopes of a third consecutive team and drivers’ title double success for the Abu Dhabi duo, with veteran driver Qemzi aiming for a first individual world championship triumph.

The Emirati driver was championship runner up in 2009 and has also finished third on five occasions. He has made 139 race starts since his debut in Sharjah in 2000, and Sunday’s win was his ninth Grand Prix victory.

Meanwhile, after a difficult opening round in Lithuania, Team Abu Dhabi’s Rashid Al Qemzi is determined to fight back and claim a third UIM F2 world championship title. 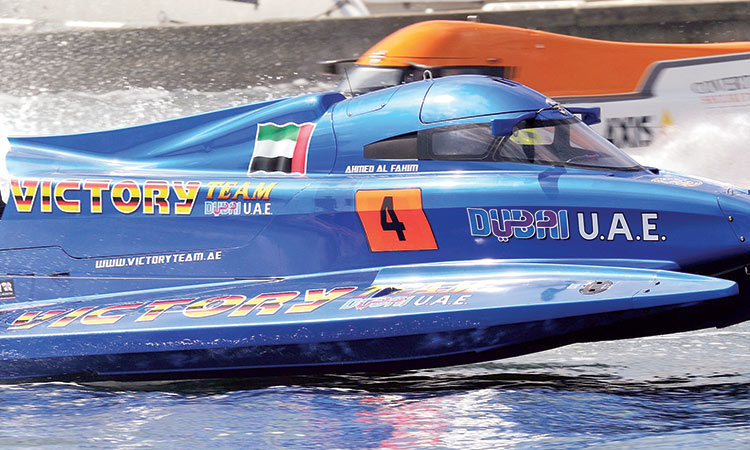 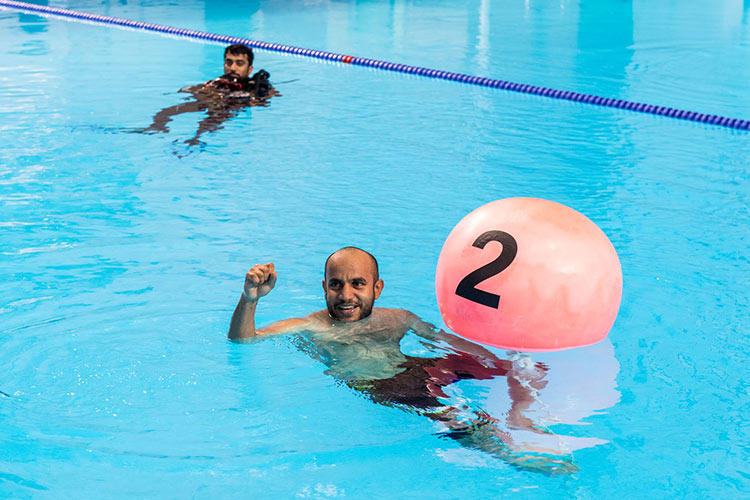