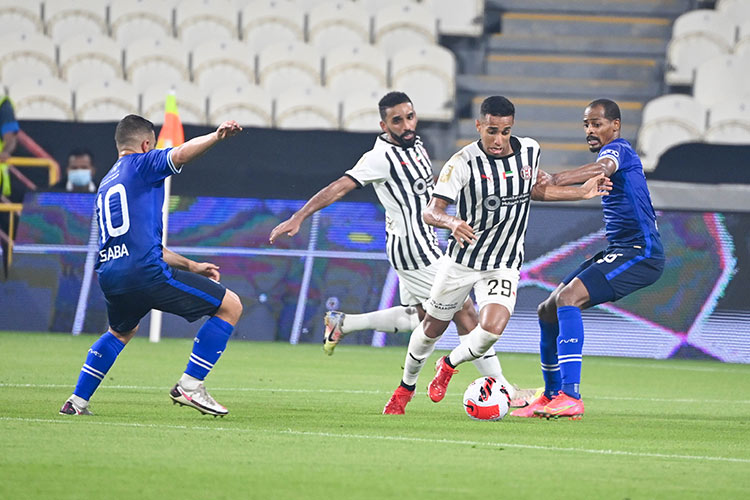 Players of Al Jazira and Al Nasr in action during their match.

Al Jazira bounced back to defeat Al Nasr 2-1 in their third round match of the Pro League on Saturday.

Al Jazira had won their opening game of the season against Al Dhafra but were lucky to leave Ittihad Kalba with a point. Whilst Al Nasr’s season had started with a poor result against Ajman and a comprehensive win against Al Orooba.

Both teams were desperate for a good performance and to put pressure on unbeaten league leaders Al Ain and Sharjah.

The first real chance fell to Al Jazira in the 8th minute, Khalfan Mubarak fired a low shot towards the Al Nasr goal but just missed the left-hand post.

On the 32nd minute mark, Al Jazira should have broken the deadlock when Oumar Traore squared the ball for Joao Victor who could only side foot the ball past the post.

Al Jazira started the 2nd half as they finished the first, dominating possession. Moving the ball at will as Al Nasr defended deep inside their half.

Early in the 2nd half Ali Khaseif made a rare error to give Sebastian Tagliabue a great opportunity but at the crucial moment he lost his footing, and the chance was lost.

On the hour mark, Oumar Traore finally put Al Jazira ahead with a well-taken goal, a ball was lofted over the static as Al Nasr defence allowed Traore to run through unchallenged and clinically slid the ball past the helpless goalkeeper.

Al Nasr scored a consolation goal in the 94th minute from a corner, when Sebastian Tagliabue who was left unmarked, calmly headed the ball past Ali Khasif from close range.

Apart from the first 10 minutes, Al Jazira dominated the game and could have scored more, due to the drawing board for Al Nasr who sat too deep and allowed Al Jazirah to play, delivering a disappointing performance. Al Jazira will be pleased with the performance and the three points.

Ittihad Kalba hosted Ajman at Ittihad Kalba stadium in ADNOC Pro League match-week 3 in an evenly-matched game that ended in a 1-1 draw.

The first half of the encounter ended goalless, despite the attempts made by both sides, due to the inaccuracy of the final touch.

However, it has been a game of two halves as both teams started the second half with a different rhythm.

VAR interfered in the 56th minute to rule out a penalty awarded to Ajman, six minutes before the hosts grabbed the lead with a goal scored by their forward Yorleys Mena, who followed up a rebounded shot that hit the post from his teammate Bubacarr Trawally.

In the 73rd minute Ahmed Gashak stepped up to equalize the score for Ittihad Kalba with a ground shot he struck from inside the box handing his side the second point of their campaign in three match-weeks.

While Ajman earned their fourth point with this draw, and have become sixth in the table.s 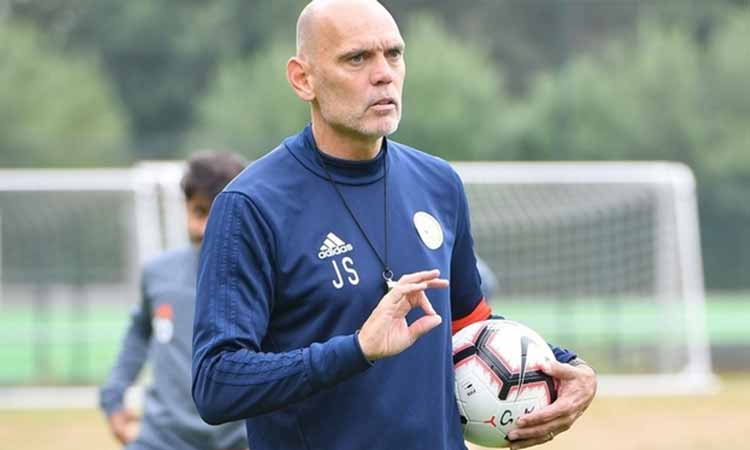 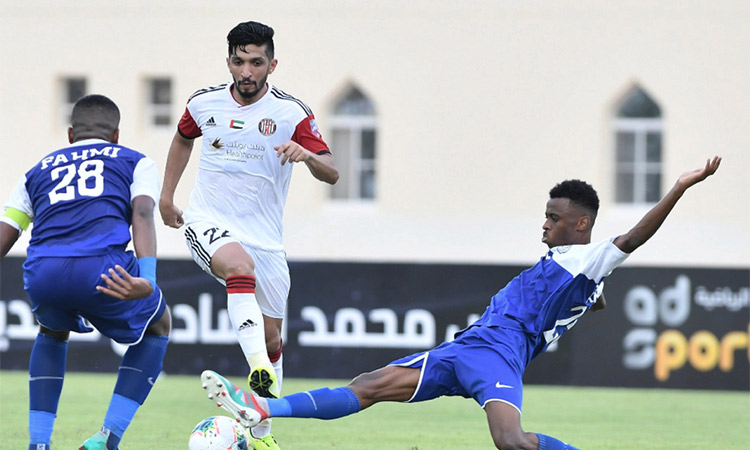