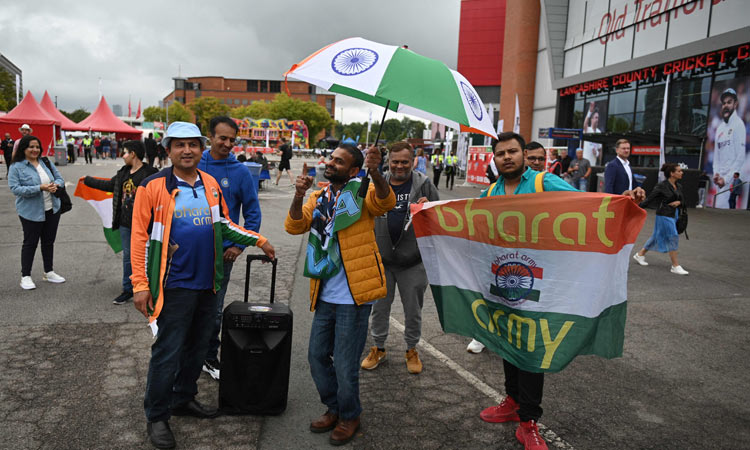 Indian fans pose at Old Trafford cricket where the fifth Test match between England and India has been cancelled in Manchester on Friday. AFP

The Board of Control for Cricket in India (BCCI) has offered the England and Wales Cricket Board (ECB) to reschedule the final Test of the ongoing series after it was cancelled due on Friday just hours before the scheduled start over COVID-19 concerns in the tourists' camp.

The postponement will definitely prove costly for the ECB, which gets much of its revenue from men's Test matches and could be down a further £20 million ($27.7 million) with no Test at Old Trafford, and also English county Lancashire, which misses out on a Test match and is not staging one next year when New Zealand and South Africa visit.

India was looking to follow up a Test series win in Australia in the winter with a first series victory in England in 14 years, and fourth in its history. 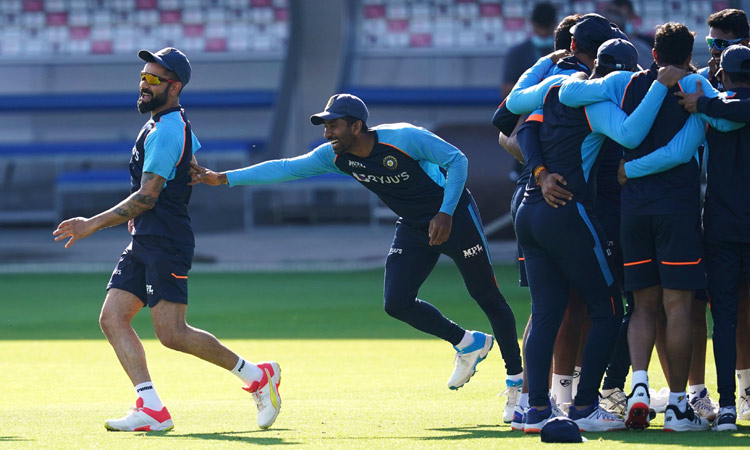 The BCCI along with ECB had earlier jointly decided to call off the fifth Test scheduled at Old Trafford in Manchester. "The BCCI and ECB held several rounds of discussion to find a way to play the Test Match, however, the outbreak of COVID-19 in the Indian team contingent forced the decision of calling off the Old Trafford Test match," the BCCI said in a statement.

"In lieu of the strong relationship between the two boards, the BCCI has offered to ECB a rescheduling of the cancelled Test match," the statement said.

"Both the boards will work towards finding a window to reschedule this Test match." 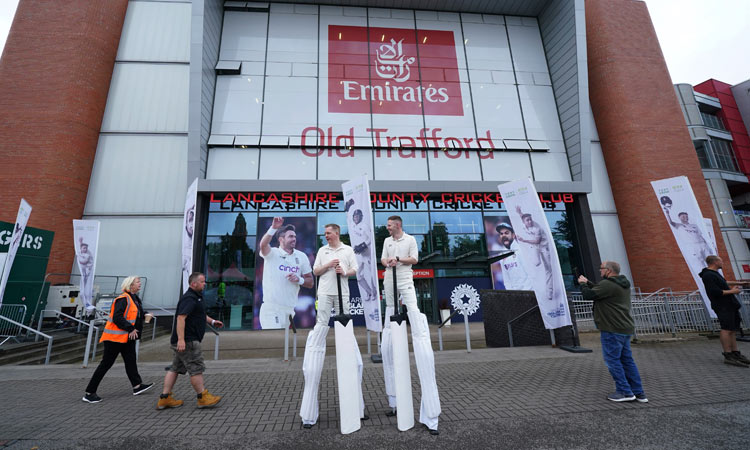 The restart of the lucrative Indian Premier League (IPL) from Sept.19 in the UAE, further complicated the rescheduling the series decider. The IPL, which started in India, was suspended due to the coronavirus pandemic earlier this year.

In the last couple of days, some Indian cricketers had expressed their concerned about taking the field amid conversation between BCCI and team management.