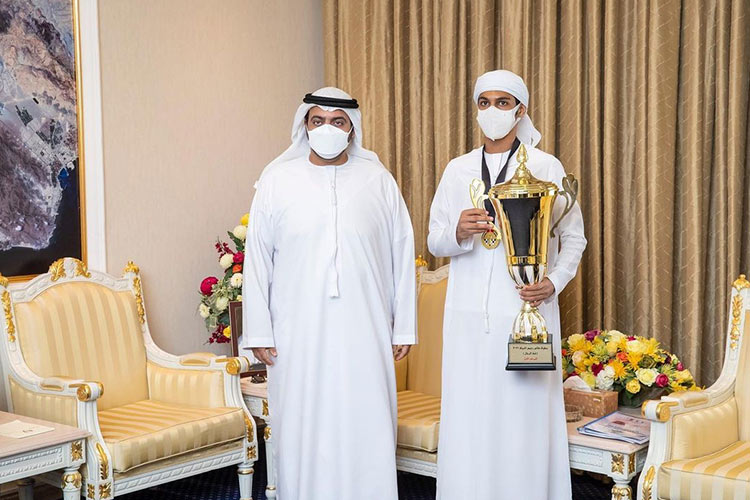 Sadrani emerged as the winner of the UAE President’s Cup chess tournament for the 2021 season.

Sheikh Mohammed received Sadrani in the presence of Dr Abdullah Al Barkat, Chairman of the Club’s Board of Directors, as well as the club’s board members.

Sheikh Mohammed congratulated Sadrani and highlighted the directives of His Highness Sheikh Hamad Bin Mohammed Al Sharqi, Supreme Council Member and Ruler of Fujairah, to support all chess talents and enable them to accomplish further achievements while praising the efforts of the club’s administration to advance mental sports, and urging its members to participate in local and international tournaments.

Sadrani thanked Sheikh Mohammed for supporting talented athletes in the emirate and encouraging them to continue their achievements and represent the emirate and the country in local and global tournaments.

The club’s team dedicated the victory to Sheikh Mohammed for always supporting sports and athletes in the emirate, stressing they will continue their hard work to achieve further successes in regional and international chess tournaments.