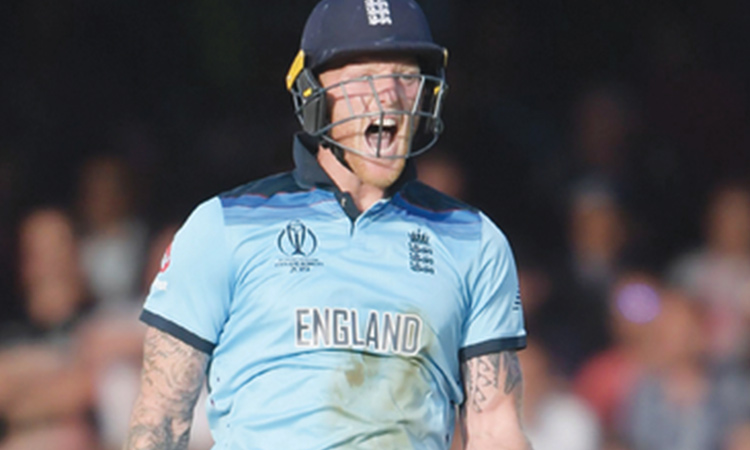 England all-rounder Ben Stokes could miss the men’s T20 World Cup in Oman and the UAE in October and November.  Stokes has been on an indefinite break from all forms of cricket since July to take care of his mental well-being and give time to his left index finger to heal after surgery.

Stokes is not a part of the ongoing five-match Test series against India and will not take part in the second leg of IPL 2021 starting from Sept. 19. West Indies pacer Oshane Thomas has been called in as a replacement for Stokes in Rajasthan Royals.

“Whether he does travel to Dubai to feature in England’s attempts to unite both global white-ball belts next month is unclear, although sources close to Stokes say ‘he is not even thinking about cricket at the moment’,” said a report by the Daily Mail on Saturday.

With the deadline of naming the squads for the T20 World Cup on Sept.10, England’s selectors are expected to meet this weekend to decide on the 15-member squad and three reserves. An announcement on the squad could come by Sept.9, a day before the start of the final Test against India at Manchester.

“As changes can be made freely up until Oct.10, seven days before the tournament’s group stage begins, Chris Silverwood could provisionally name the 2019 World Cup-winning star within that 18. However, given the circumstances, the ECB may be unwilling to place any undue pressure on their talismanic all-rounder, having said they would give him ‘all the time he needs’ when he announced his break on July 30,” further said the report.

Stokes last international appearance came as a captain for the three-match ODI series against Pakistan. He led a fresh England squad in absence of first choice players due to COVID-19 outbreak.

After two outings for Northern Superchargers in the Hundred, it was announced that he would be on a break from the game with immediate effect.

We will have to start from scratch again, says DC’s Ratra: Ajay Ratra, the assistant coach of Delhi Capitals, believes the squad has sufficient time to get back into rhythm ahead of the second half of IPL 2021. He also said that the team was progressing with great momentum in the first half of the tournament.

“See altogether it is very different because generally, it takes place in a single flow. The momentum we were having, we were progressing with great momentum. Now IPL 2021 is taking place after a break, so we will have to start from scratch again. That’s why our franchise has kept this camp as well,” said Ratra in a video released by the franchise on Saturday.

Delhi Capitals had a great run in the first half of the IPL 2021, sitting at top of the points table with six wins from eight matches. Asked whether the long gap in IPL 2021 will break the team’s momentum, Ratra said that the team had time and camp to realise the same.

“Speaking about the break, even during a lunch break in days cricket, it can be difficult sometimes to get your rhythm back after it. Certainly, the break will make a difference. But hopefully, we have the camp and the time as well. We are spending a lot of time with the domestic players that are available. We have a lot of time with us, and with the help of the net bowlers and the facilities available, our team will get back in rhythm.”

The 39-year-old former India batsman and wicketkeeper spoke about what was the focus in the first training session after the quarantine was over. “We have started playing after a long break. For 12 days, we were in quarantine, 7 days in Dubai and 5 in Delhi. After that when we make a fresh start, we attempt to improve gradually. We paid more attention to the basics today. We were looking for direct hits, and basic catching, flat catching and high catching so that the players get a little feel of their judgement. After that, we can slowly increase the intensity.” 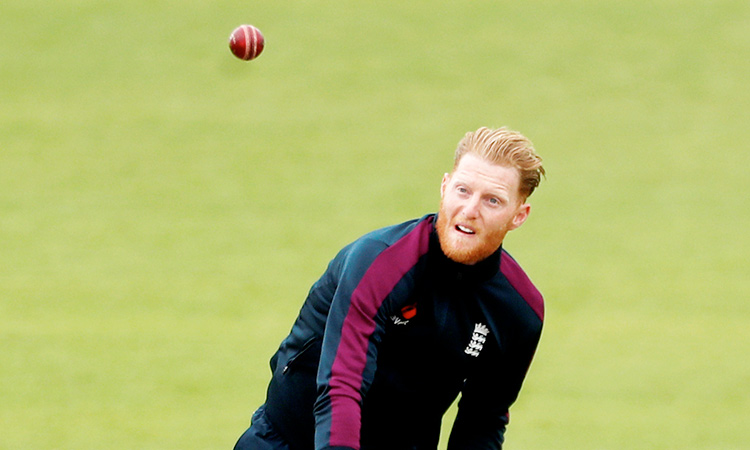 England star Ben Stokes will miss the concluding two Tests against Pakistan for family reasons, the England and Wales Cricket Board announced on Sunday.