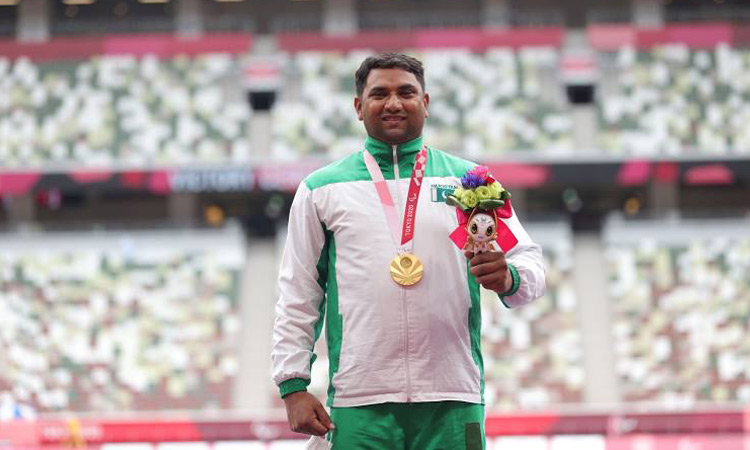 Haider Ali poses with the gold medal in the awarding ceremony at the Tokyo 2020 Paralympic Games on Friday. Twitter photo

“It is great to make history for my country again,” Ali said following his triumph in the men’s discus F37 (55.26m) in Tokyo’s National Olympic Stadium on Friday. “I finally have the gold.”

The 36-year-old opened his medal count with long jump silver at the Beijing 2008 Games followed by a bronze in the same event at Rio 2016.

They are the only three Paralympic medals Pakistan have won, and Ali is keen for someone else to follow him on to the podium. “This gold will be very important for para sport in my country," he said. "I hope to be a role model for other people to take part in para sport,” he said. Mykola Zhabnyak from Ukraine took silver and Brazil’s Joao Victor Teixeira bronze. 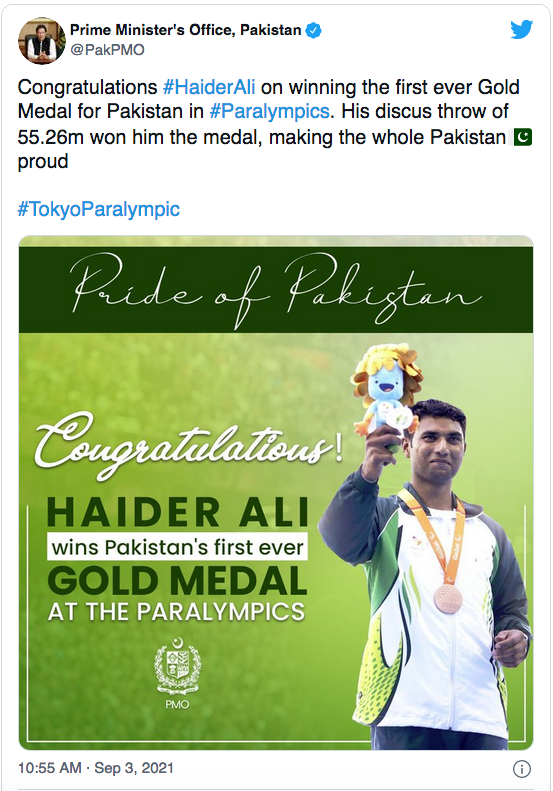 Taking to Twitter to congratulate Haider Ali from the official Twitter handle, Imran said that the achievement has made the entire nation proud after his discus throw of 55.26m won him the gold medal. 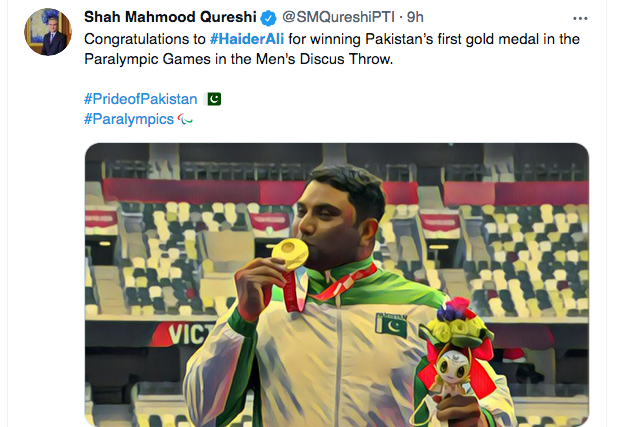 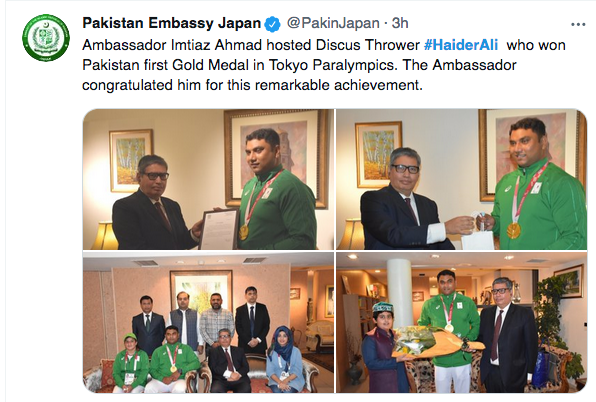 The US embassy in Islamabad also extended congratulations to Pakistan over winning of gold medal by Haider Ali at Tokyo Paralympics.