VIDEO: Tissue used by Messi to wipe tears at Barcelona farewell conference is up for sale at $1 million - GulfToday

VIDEO: Tissue used by Messi to wipe tears at Barcelona farewell conference is up for sale at $1 million 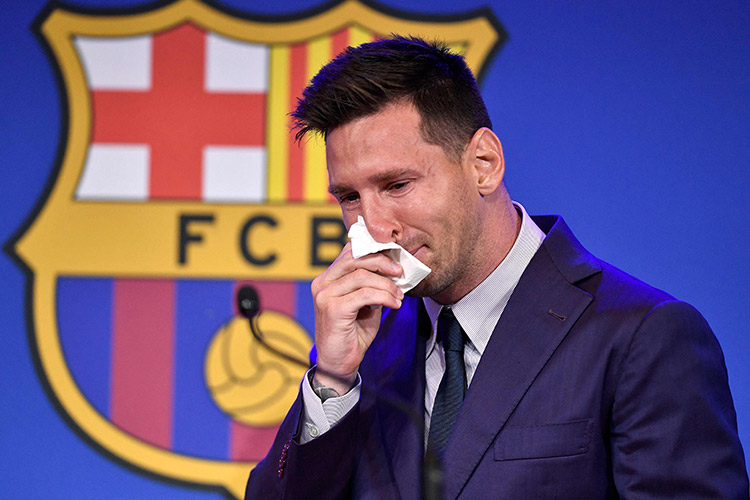 Lionel Messi cries at the start of a press conference at the Camp Nou stadium in Barcelona, Spain. File/ AP

Argentine star, Lionel Messi, the new Paris Saint-Germain player, did not know that the tissue paper that his wife Antonella gave him to wipe his tears during his farewell conference for his former club Barcelona, would be picked up by a person and announced that it would be sold for one million dollars.

The person claimed that the tissue contained Messi’s genetic material that would allow you to clone a football player like him. 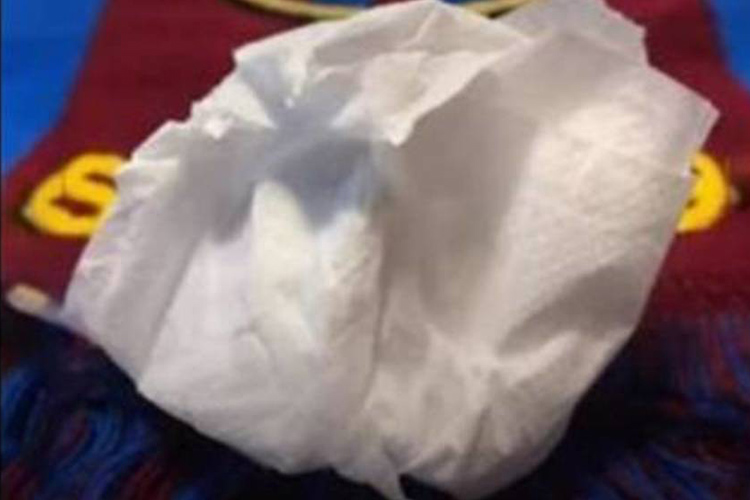 This tissue is worth $1 million.

Messi has exciting stories with napkins, as he had previously signed his first contract with Barcelona when he was young on a food napkin, after a session with the famous Spanish footballer Carles Rexach, who admired him at first sight on the field.

The then Barcelona technical secretary Rexach asked for a napkin to seal the deal with Messi, who later became the best player in the world.

The paper napkin became part of history. The napkin has been kept in a wooden photo frame to preserve it. As Messi said, “Barcelona are more than just a club!”

During the farewell press conference, Messi said that Barcelona is the club of his life that he has played since he was 13 years old, and that he is very sad to leave the club he loves, and confirmed that he did everything possible to stay, as did Laporta (Barcelona president), but he indicated that The La Liga rules on financial regulation denied him longer stay at the club.

Messi said, “It is the worst moment of my life. I felt the love of the people and reciprocated their love and respect here.”