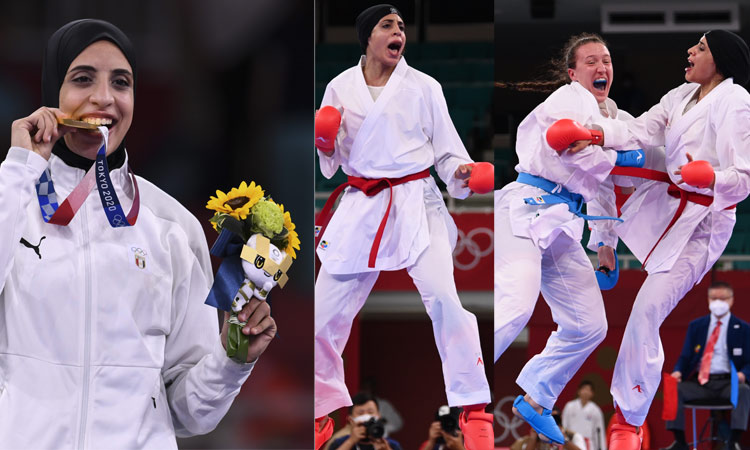 Feryal Abdelaziz bites her medal (L) and reacts at her match against Sofya Berultseva of Kazakhstan in Tokyo on Saturday. Reuters

This is Egypt’s second Olympic gold medal since 1948.

The 22-year-old Abdelaziz went ahead on a yuko with 28 seconds left in a cagey final bout. She scored again three seconds later and hung on for a 2:0 victory celebrated with a primal scream. 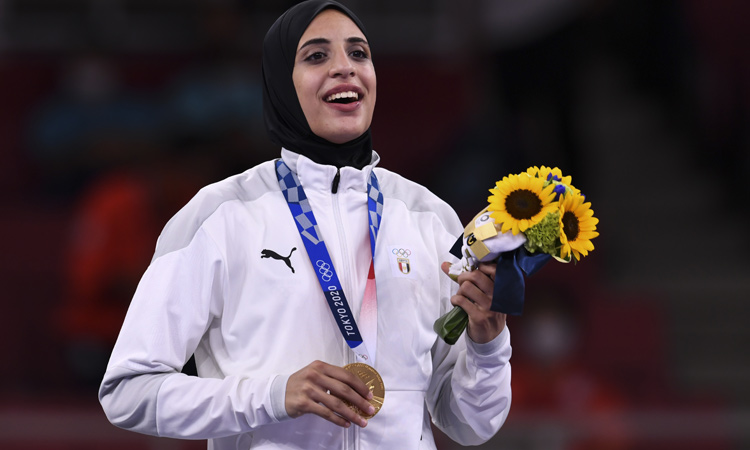 Egypt has been competing at the Olympics since 1912, but Greco-Roman wrestler Karem Gaber’s gold in Athens in 2004 was the nation’s only other gold in the past 73 years. 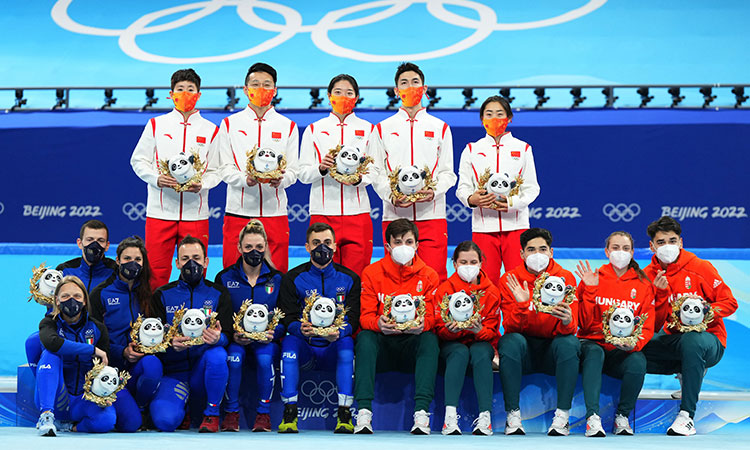 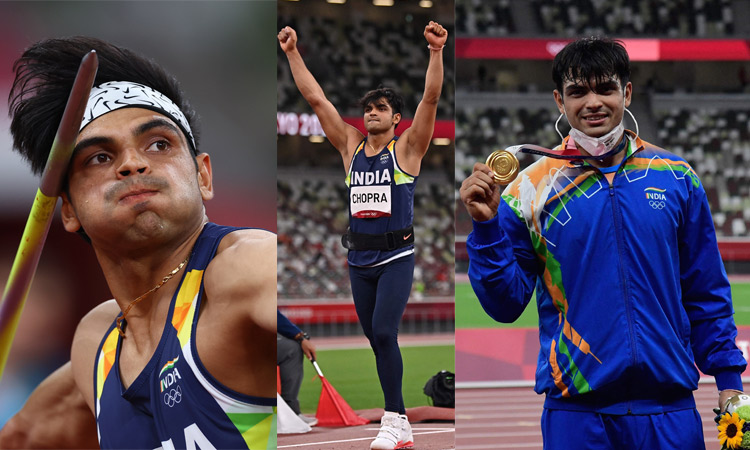 Indian Prime Minister Narendra Modi praised the lad for history effort. He took to Twitter and said, “History has been scripted in Tokyo! What @Neeraj_chopra1 has achieved today will be remembered forever. 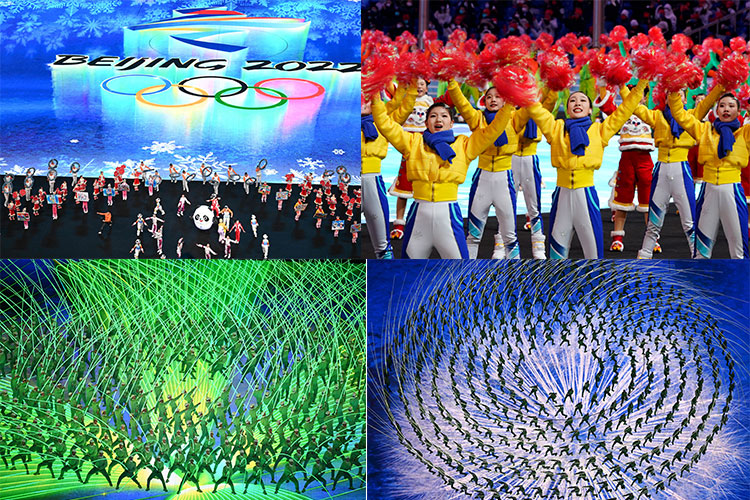 It began shortly after President Xi Jinping and International Olympic Committee Chairman Thomas Bach entered the iconic Bird's Nest stadium, its rim bedecked by the flags of the 91 competing nations and regions.