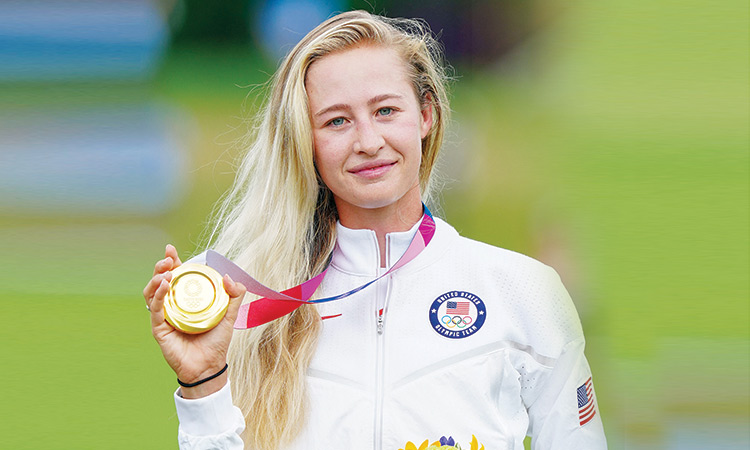 USA’s Nelly Korda poses for a picture after winning the women’s golf final on Saturday. Reuters

Nelly Korda held her nerve during a storm delay on Saturday to cap an incredible six weeks with Olympic gold, completing a US golf clean sweep at the Tokyo Games.

The 23-year-old rose to the top of the global rankings after winning her first major at the Women’s PGA Championship in June.

The six-time LPGA Tour winner stayed cool during a storm delay at Kasumigaseki Country Club to finish one stroke clear of Japan’s Mone Inami and Lydia Ko of New Zealand.

Indian golfer Aditi Ashok missed the medal by a whisker.

The 23-year-old finished at a remarkable fourth position with an aggregate score of 15-under 269 over four rounds in the womens individual strokeplay competition. She finished two shots behind gold-medal winner Korda of the US.

Going into the competition, Aditi, ranked 200th in the world, wasn’t even in the reckoning for a medal at the Tokyo Olympics. However, the youngster produced stunning performances on all four days of the competition, matching some of the world’s best golfers.

“Honestly, it’s crazy,” said Korda, who has won three of the past five events in which she has teed up, including the PGA Championship.

“So like it never really gets to kind of sink in, in a sense. So I think I’ll look back at the season after the season is done.”

Jessica Korda, the older of the two golfing sisters at 28, ran onto the final green in joy after the winning putt and hugged Nelly as they celebrated together.

Jessica, who earlier carded the lowest score of the final round with 64, had helped Nelly keep calm during almost an hour’s delay for a passing storm.

“Obviously I was nervous, but during the rain delay I was just with my sister, we were relaxing, kind of chit-chatting on the ground, in the clubhouse,” said Nelly.

Nelly returned to make par at her last two holes for a 69, finishing at 17-under-par 267, one clear of Inami and Ko.

“This is just kind of like almost legend status as a golfer, period, male or female,” said Jessica. “It’s tough to win out here and she makes it look easy.”

World number four Xander Schauffele, who won the men’s competition, had tweeted a message of support for Korda before the start of play, urging her to “bring home the gold”.

Inami secured the silver medal for the host nation at the first extra hole when Ko missed a 10-foot putt for a par.

Inami’s medal went some way towards easing the pain for Japanese golf fans, who watched Masters champion Hideki Matsuyama miss out on bronze in a seven-man playoff six days ago.

“Normally I do not feel pressure or jitters,” said Inami, who plays primarily on the domestic JLPGA Tour.

“But this was different. Winning the medal with the Olympics in Japan as a Japanese golfer was a huge honour for me. To the future golfers, I think I was able to show them some good dreams.”

The final group of Korda, Ko and India’s Aditi, plus Inami in the group ahead, kept Korda under immense pressure during a pulsating final round, which began almost three hours early to beat an approaching tropical storm system.

Ko, the silver medallist from the Rio 2016 Olympics, posted five birdies in seven holes during a phenomenal front nine.

The Seoul-born New Zealander now has the distinction of being the only golfer to win two Olympic medals.

“It’s a huge honour to be able to bring two medals for New Zealand and to be a two-time medallist,” said the 24-year-old.

But there was heartbreak for India’s 23-year-old Ashok, who had been in medal position for much of the week but finished fourth, one adrift, on 15-under par. 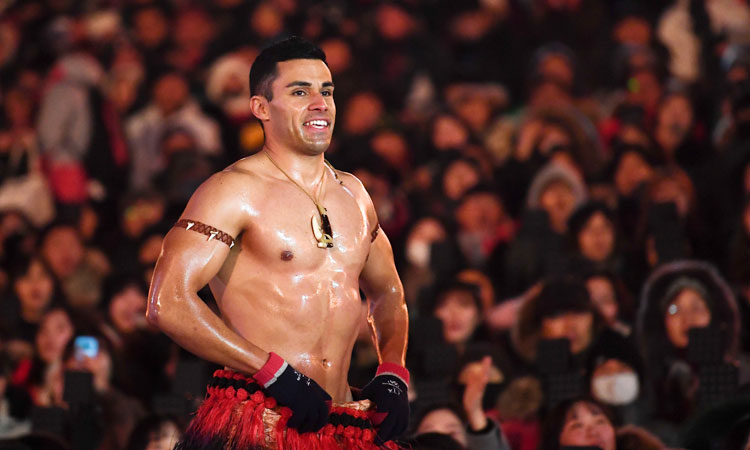