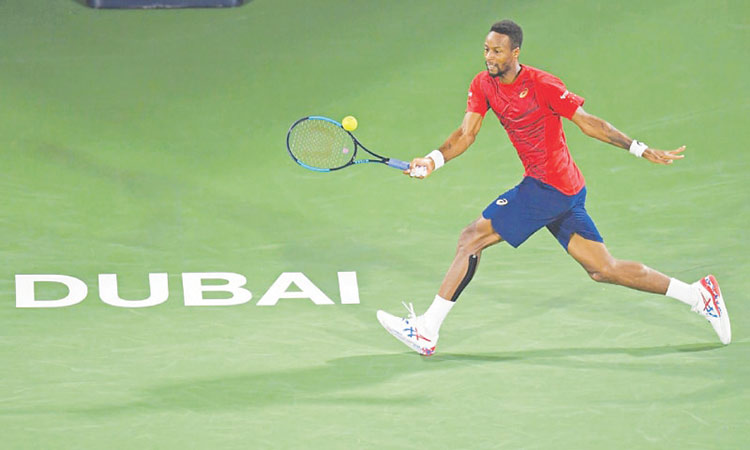 Renowned entertainer Gael Monfils will be one of the star attractions at the Dubai Tie Break Tens.

Tie Break Tens, the fast-paced, short-form tennis format, has announced that the exciting international tennis series will be heading to Dubai this October as an annual event on Emirate’s calendar.

This will mark the first time the region has staged an event from this short-format tennis series, which launched in 2015 at the Royal Albert Hall, London.

The event will take place at Dubai’s home of live entertainment, Coca-Cola Arena, the first time hosting a tennis event, in the heart of the city on the evening of Oct.22, 2021.

Tie Break Tens (TB10) has previously staged hugely successful events in major global cities, including London, Vienna, Madrid, Melbourne, New York City and Indian Wells and features international tennis stars from across the world. Building on this international success, Tie Break Tens Dubai will be a new destination to host a tournament as part of the 2021 series.

At its launch, TB10 Dubai has announced the participation of former top-10 ranked mens star and renowned entertainer, Gael Monfils, with further names to be released in the coming weeks. TB10 Dubai will commence with the men’s tournament, with plans to expand with a women’s tournament in the near future. In previous years, the TB10 tournament has attracted the world’s best players including recently crowned Wimbledon Champion Novak Djokovic, Andy Murray, Serena Williams, Elina Svitolina and Rafael Nadal.

TB10, the only officially recognised short format of tennis, is a quick-fire version of the sport that anyone can play and is thrilling to watch live. Unlike conventional tennis, Tie Break Tens matches are comprised solely of tie breaks – no games, no sets, just exhilarating ten-point breakers in which every point counts. The tournaments are held over one evening and involve eight players competing in a knock-out format with a winner-takes-all prize of Dhs500,000.

Jimmy Poon, tournament director for TB10 Dubai said, “We really believe that Tie Break Tens is paving the way for the future of tennis, and whether you are an avid tennis fan, a young tennis player or just seeking an entertaining evening watching sport of the highest quality, TB10s events energise fans of the sport at all levels. Launching this event in the current climate has its challenges, but nowhere is better equipped than Dubai to deliver. With the support of local institutions and government, we were determined to establish this exciting format for our community, our partners, and for tennis fans. It really is tennis like the one you have never seen before.

We are equally excited to announce that leading up to the main tournament itself, TB10 Dubai is also establishing a grass roots junior tournament in parallel to support young talent in the sport, with the finals of both the boys and girls U-18s event being played in the arena on the night of the main event.

Also included is a tennis clinic in the week leading up to the main event for competition winners from schools in Dubai”.

Rachel Woodward, Marketing Director at Tie Break Tens said, “Tie Break Tens is a really exciting tennis format that breaks the conventional moulds for the sport as it allows fans to get closer to the world’s biggest stars and delivers high quality entertainment in the course of one evening. We are delighted to be able to bring the format to Dubai and add another world-class leading venue to our tournament schedule.”

Tie Break Tens recently signed Slinger Bag, the first truly portable tennis launcher, as an Official Partner for all tournaments in 2021. As part of this new partnership, Slinger Bag will work with TB10 Dubai on fan focused activations at the tournament, adding additional value to the event for the fans on site.

The tournament is being produced by Boqin Live, a division of Dubai-based sports management company Boqin established in 2008, with the support of the Dubai Sports Council.

TB10 Dubai has confirmed JA Resorts & Hotels as its official resort partner and Schluter Graf, as the official legal partner all as part of its founding sponsors list for the Dubai tournament.