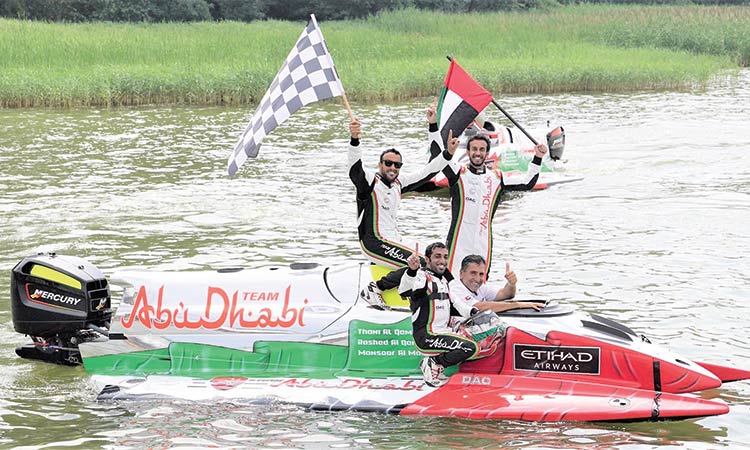 Third place on Lake Necko to add to their opening race victory 24 hours earlier was enough to clinch the title for the all-Emirati crew in Abu Dhabi 1 as team manager Guido Cappellini’s two-boat strategy worked to perfection.

Ensuring a repeat of Team Abu Dhabi’s one-two success in 2019, the all-Emirati crew of Rashed Al Tayer, Majed Al Mansoori, Rashed Al Remeithi and Mohamed Al Mehairbi finished runners up on the day, and in the championships, in Abu Dhabi 2.

After Abbate’s first day problems which resulted in a fourth place finish, the Qemzi cousins and Team Abu Dhabi new recruit Mansoori knew that only a major mechanical failure or driver error could cost them the world crown.

They were happy to settle for Sunday’s third podium place as Abbate - a member of the winning Abu Dhabi crew when the event was last staged two years ago - Stromoy, Sacchi and Sanz pulled away to complete 246 laps by the six-hour mark.

A five-lap penalty for a driver infringement during refuelling still left them clear of Al Tayer - also part of the 2019 championship-winning team - Mansoori, Remeithi and Mehairbi, who clocked up 236 laps.

First race winners Abu Dhabi 1 were just two laps further away. They had started the day in complete control of the championship, but were well aware that a technical issue or a single lapse in concentration could prove costly.

No-one understood this better than Rashed Al Qemzi, the two-times F2 world champion, who was at the wheel and leading in this event in 2018 when the Abu Dhabi boat was halted by a sudden electrical failure a few minutes before the finish.

This was also the first time in the championships that Team Abu Dhabi had been represented by a full Emirati driver line-up.

The championship had been scheduled to reach its conclusion at the 24 Hours of Rouen in October, but the French event has been postponed until next May.

The teams have been invited to the Rouen Yacht Club on Thursday to hear the organisers’ plans for next year and the reasons for the postponement.

While there is now a two-month gap to Team Abu Dhabi’s next competitive action, Cappellini’s meticulous planning will ensure drivers and boats are in prime condition for the resumption.

That comes with the opening round of this year’s UIM F1H2O World Championship, the Grand Prix of Italy, scheduled for Sept.7-13.

Other rounds are set for China in October, another Middle East venue yet to be confirmed in November, with December bringing the traditional climax to the season in Sharjah.

It was in Sharjah two years ago that Shaun Torrente and Thani Al Qemzi secured a third successive team title for Team Dhabi, as Torrente claimed a second consecutive drivers crown in a dramatic finish.

By then, Rashed Al Qemzi had already secured the F2 world title for a second time, and the 2017 and 2019 champion along with team-mate Mansoor Al Mansoori will be back in F2 action in this season’s remaining back-to-back rounds in Portugal in September. 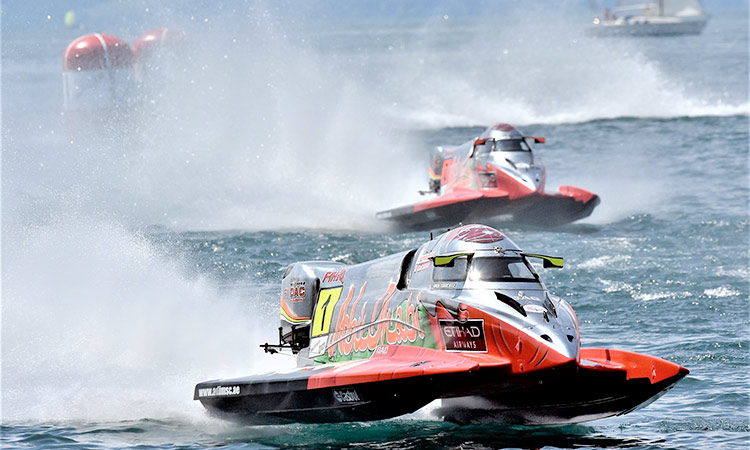 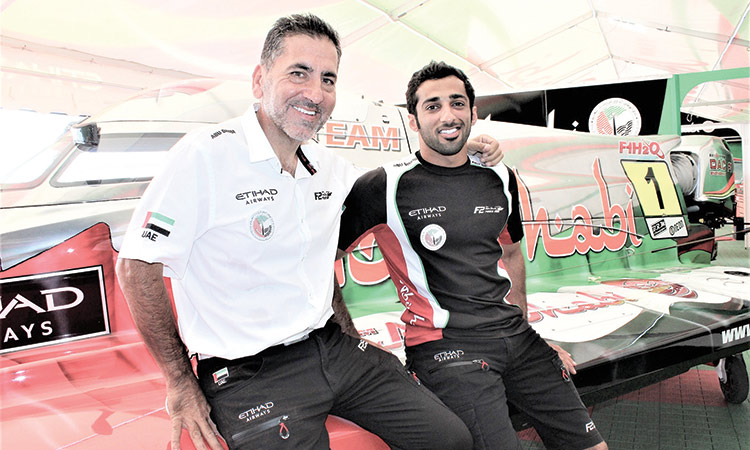 Team Abu Dhabi’s bid to recapture four world powerboat racing titles gets under way in Lithuania next week as Rashed Al Qemzi launches his challenge for a third UIM F2 triumph in five years. It will be Qemzi’s first taste of world championship action since he rounded off a triumphant