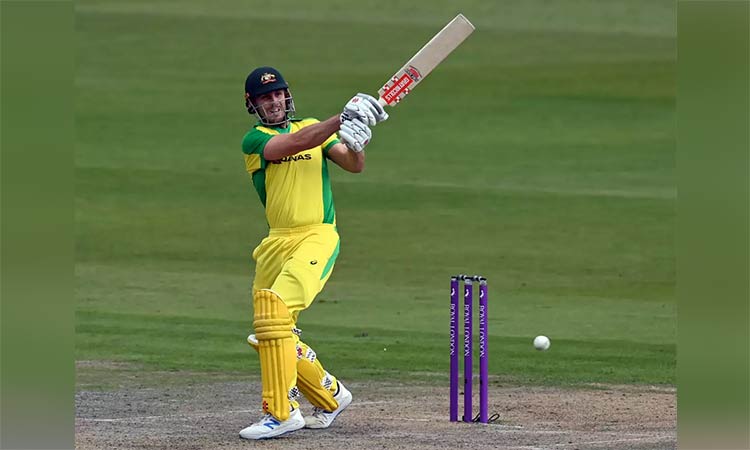 An outstanding all-round performance by Mitchell Marsh earned Australia their first victory of the five-match T20 International series as the visitors hung on for a four-run victory over the West Indies in the fourth match at the Daren Sammy Stadium in St Lucia on Wednesday.

With half-centuries already in the first two matches of the series, Marsh flayed the Caribbean bowlers for 75 off 44 balls with six sixes and four fours to pace his team to a challenging total of 189 for six after choosing to bat first.

He put on 114 for the second wicket with Aaron Finch, the Australian captain contributing 53 as leg-spinner Hayden Walsh once again led the West Indies bowling effort with figures of three for 27.

Lendl Simmons led off the West Indies chase with a boisterous innings of 72 at the top of the order but when he fell to Marsh, one of three wickets for the experienced all-rounder, the balance of the match began to tilt in favour of an Australian side seeking to avoid an unprecedented four consecutive defeats in the same T20 series.

Spectacular hitting by Fabian Allen and Andre Russell gave the West Indies hope going into the final over after they combined to take 25 runs off the penultimate over bowled by Riley Meredith.

But needing 11 runs to win in the last over with Russell on strike Mitchell Starc was right on target to earn the tourists a measure of consolation after already surrendering the series.

For Marsh, whose contributions of 75 and three for 24 were both personal bests in T20 Internationals, the pitch conditions on a night when light showers twice interrupted his innings suited him perfectly.

“I’m from WA (Western Australia), so a bit of pace off the pitch suited me nicely and really allowed me to get away,” he explained after receiving the Man of the Match award.

“We knew it was always going to be a challenge to contain the West Indies big-hitters, whatever total we got, and I’m just grateful to be able to make useful contributions with bat and ball.”

Simmons was Marsh’s third wicket as he had earlier accounted for Chris Gayle, West Indies’ match-winner in the third fixture two days earlier, and Nicholas Pooran, who continues in the role of captain in place of the injured Kieron Pollard.

“It was disappointing to fall short in the end but it’s still all good for us going forward because we continue to see good performances from key players,” said Pooran in putting a positive spin on his team’s first setback in this series.

“There are a lot of guys here looking to make a statement before the World T20 and Hayden (Walsh) is one of those who keeps putting his hand up. He was outstanding again.”

The final match of the series will be played on Friday, again at the Daren Sammy Stadium, after which the teams travel to Barbados for a three-match One-Day International series starting next Tuesday.

Starc said he went back to basics in defending 11 runs off the final over. “Having played a fair amount of white-ball cricket, it (bowling in the last five overs) has been a job of mine for the majority of my white-ball career,” he said after the match.

“I’ve certainly got it wrong against ‘Russ’ (Russell) in the past -- game one is a prime example where I was probably bowling to plans that I was in two minds about,” Starc was quoted as saying by cricket.com.au after the end of the match.

It has been a series of two halves for Starc. In the first two matches, Starc went wicketless for 89 runs in eight overs. The third match saw him back in his elements with a spell of 1/15 in four overs. 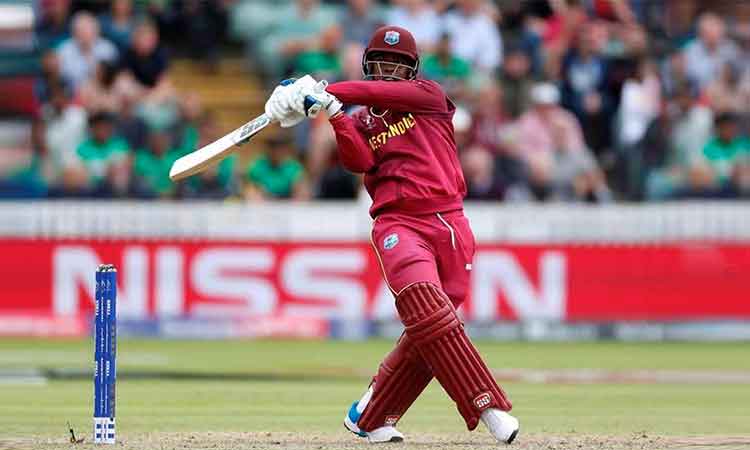 Shimron Hetmyer led a formidable West Indies batting effort on the way to a comfortable 56-run victory and a 2-0 lead over Australia in the second T20 International of their five-match series at the Daren Sammy Stadium in St Lucia on Saturday.