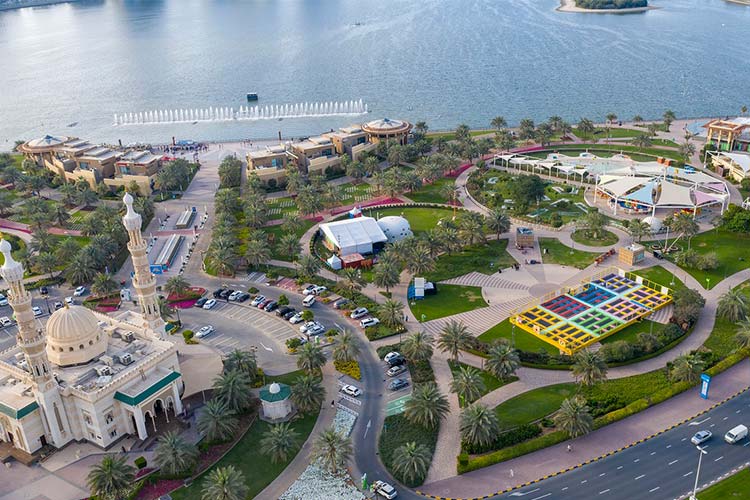 Al Majaz Waterfront is known as one of the top sports and fitness destinations in Sharjah.

Al Majaz Waterfront, the iconic family and leisure destination by the Sharjah Investment and Development Authority (Shurooq) overlooking the Khalid Lagoon, will be adorned with yet another world-class amenity – a football field.

The football field will be unveiled at a grand opening ceremony this weekend, held in partnership with Falcon Sports, on Saturday. The event will begin at 7:30pm and is open to the general public.

What’s more, fans of the sport will relish a unique opportunity to meet a number of the UAE’s top football legends, including the likes of Al Wasl Club and one of UAE National Football Team’s top scorers Fahad Khamis, famous UAE National Football team player who played in the Asian Cup in 1996 and the 1997 FIFA Confederations Cup Bakheet Saad, and former player in the UAE national team and Al Wasl Cub  playerNasser Kamis, who will be witnessing the opening.

Senior Shurooq officials Marwan Bin Jassim Al Sarkal, Executive Chairman of Shurooq and various other representatives from Al Majaz Waterfront and other entities will be present at the opening.

Nestled in the vibrant Sharjah Corniche, the 231,000 sqft Al Majaz Waterfront has been attracting citizens, residents, tourists and families to its world-class leisure, F&B, sport, recreation and retail offerings since 2012. With mini-golf, a cycling route, and a medicated jogging track, the destination is already a popular hub for those pursuing sports and fitness.

With the addition of a state-of-the-art football field that will enable players a fully safe and secure environment to pursue the sport, Al Majaz Waterfront seeks to further Shurooq’s mission to continue developing Sharjah’s infrastructure to enhance the emirate’s appeal as a family-friendly destination ideal for leisure, community life, and for people of all age groups and nationalities to pursue varied interests.

Al Majaz Waterfront is known to be as one of the top sports and fitness destinations in Sharjah, especially that since its launch it hosted a number of major sports events in Sharjah, such as The Color Run, CrossFit Challenge (Sharjah Throwdown) and a number of yoga activities with some exclusive to women only and others open to all men and women of all ages.

The popular leisure destination among UAE’s residents is also known for being a key tourist attraction on Sharjah’s Khalid Lagoon. It hosts a variety of artistic and entertainment activities throughout the year, including film screenings, stage shows, and is considered one of the best organisers of the UAE’s New Year’s Eve fireworks.

An eclectic mix of local and international food and beverage outlets is flanked by the lagoon on one side and some of the city’s most stunning architecture on the other.