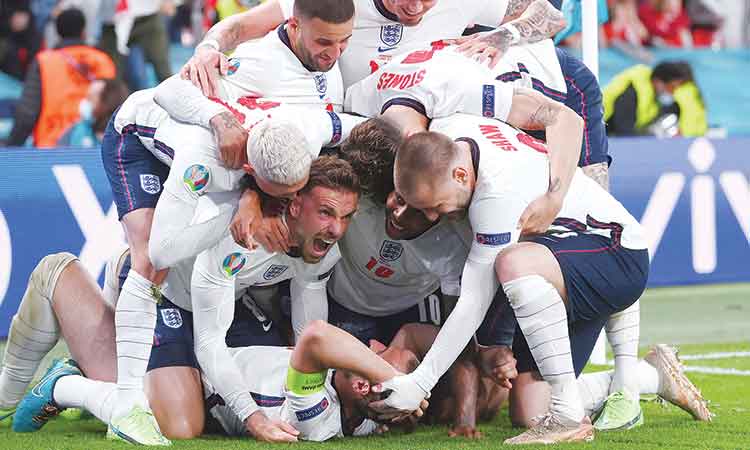 England’s Harry Kane (bottom) celebrates with his teammates after scoring a goal against Denmark during their Euro semi-final match on Thursday. Associated Press

Gareth Southgate has urged England to conquer one last “massive hurdle” as they aim to cap their historic Euro 2020 campaign with victory against Italy in Sunday’s final.

England reached their first final in 55 years on Wednesday as Harry Kane settled a tense semi-final against Denmark with the extra-time strike that sealed a 2-1 win at raucous Wembley.

For the first time since beating West Germany in the 1966 World Cup final, England will contest the title match of a major tournament.

It will be their first European Championship showpiece, against an Italy side who last won the tournament in 1968.

With history on the line, England boss Southgate challenged his players to finish the job in style.

“This group of players have been fantastic to work with, their togetherness, those not in the team supporting their team mates, they deserve what’s happening,” he said.

“They’ve been a joy. We have one more step against a fantastic team who are unbeaten in however many matches.

“We know the size of the task. But what a brilliant moment for us. Let’s savour tonight, then we can think about that on the coach back to Burton.”

Italy, undefeated in their last 33 games, have been one of the most impressive teams in the tournament.

But England will have the vast majority of the 60,000 Wembley crowd willing them to victory -- a factor that Southgate said was vital to finally breaking down Denmark’s stubborn resistence.

“The big advantage was having our fans in those moments of the game where we had to dig in and towards the end where we had a little wobble when all we needed to do was to keep the ball,” he said.

‘It’s special:’ “When you’ve waited as long as we have that was inevitably going to be part of the mindset.

“I’ve not heard this new Wembley like that ever. It’s special.”

After that, Denmark settled for a backs to the wall approach that frustrated England until Raheem Sterling won a 104th minute penalty.

Kane’s spot-kick was saved by Kasper Schmeichel but the England captain netted the rebound to send the hosts into dreamland.

“I always felt we would get there but I knew it might be a tortuous path,” Southgate said.

“We were so smooth through the quarter-final and relatively unscathed through the second round. We knew that at some point we were going to concede and we would have to respond.

“They didn’t panic at the those moments, they withstood, they came back and clawed their way back into the game.

“In the end it’s a wonderful evening for our fans, for our public and for our country.”

England’s joyous celebrations at the final whistle provided a cathartic moment for the nation after so many painful defeats in previous tournaments.

The outpouring of emotion from the Wembley crowd was shared by Southgate and his players, who joined in a delirious rendition of ‘Sweet Caroline’.

But, aware that England need to come back down to earth quickly as they turn their focus to Roberto Mancini’s Italy, Southgate said: “There was mayhem on the pitch and I was part of it.

“We’ve got to enjoy the fact we’re in the final but there’s one more massive hurdle to conquer.

“Italy are a very good side. I’ve thought that the last couple of years. They are in outstanding form and have defensive warriors who have been through everything.

“It’s a great game to look forward to. Finals are there to be won.

“We’ll regroup and prepare properly. We need to recover, it’s taken a lot physically and mentally.” 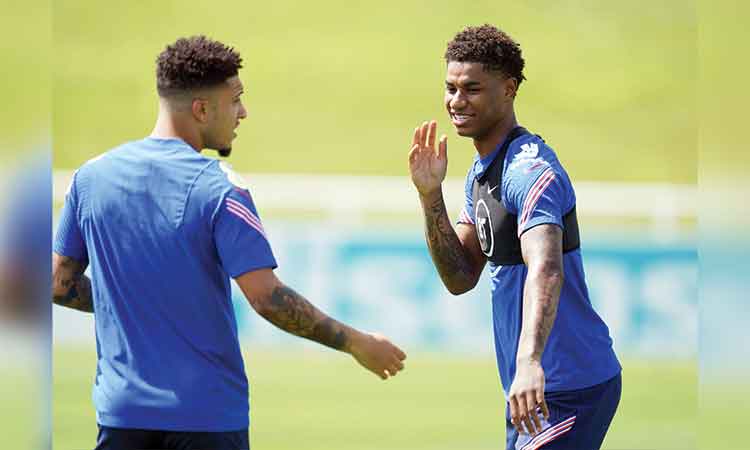 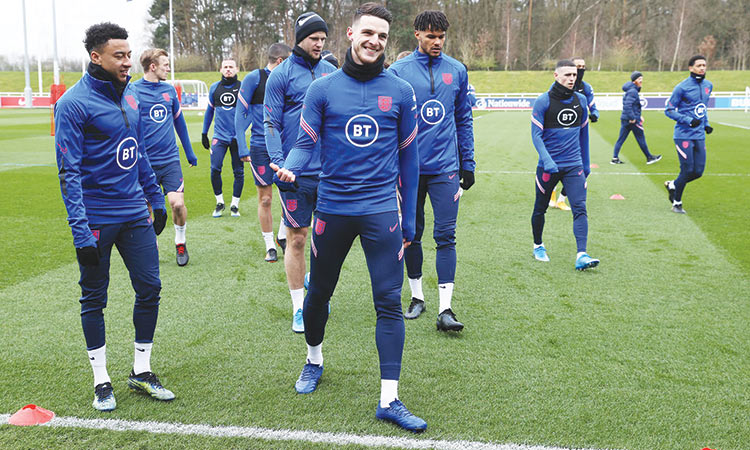 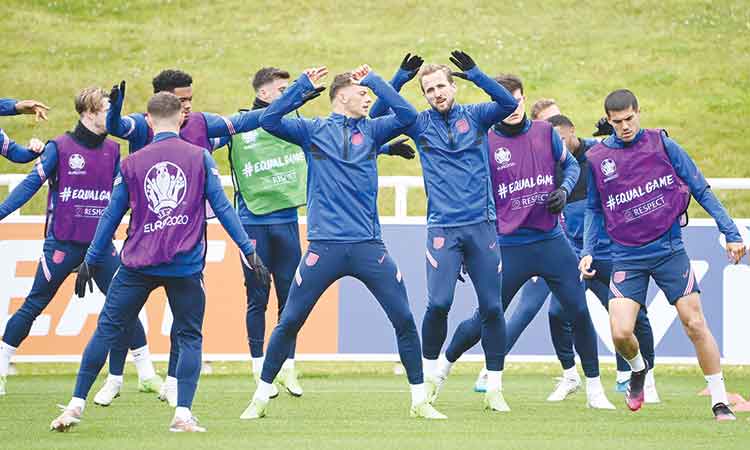 England is gripped by Euro 2020 fervour as Gareth Southgate’s men prepare to take on Denmark for a place in the final of a major tournament for the time in 55 years. England will walk out to a wall of noise at Wembley on Wednesday 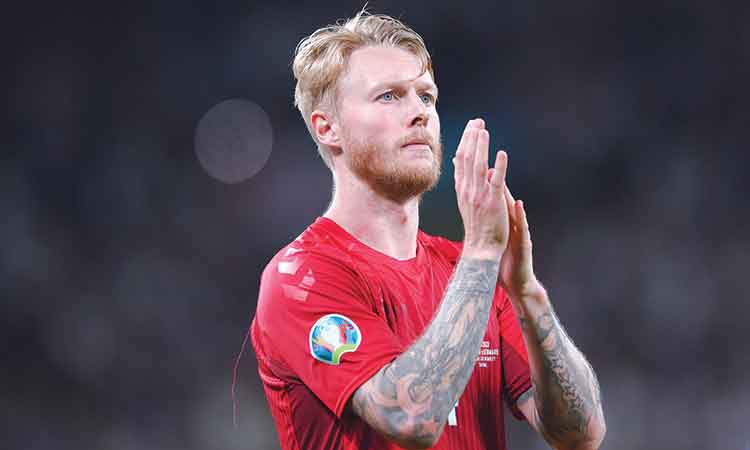 Denmark captain Simon Kjaer said he was disappointed their unforgettable Euro 2020 run came to a halt in the semi-finals following Wednesday’s 2-1 loss to England. “It’s been a fantastic adventure. I’m sorry that it’s now finished but that’s how it is,” Kjaer told Danish