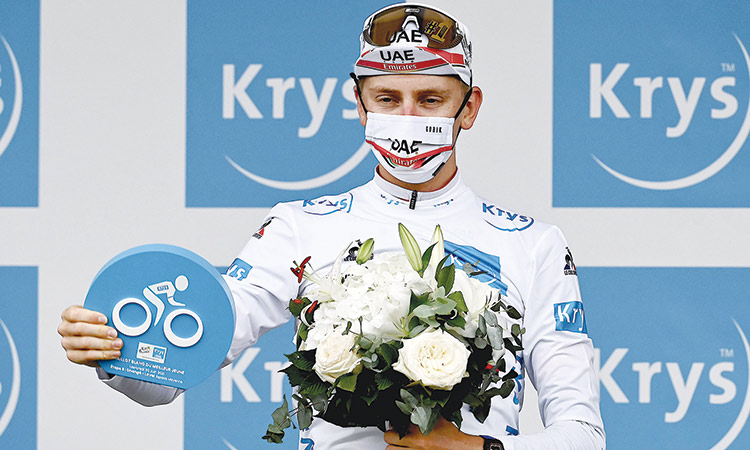 Van der Poel kept hold of his yellow jersey by just eight seconds while Ineos pair Geraint Thomas and Richard Carapaz lost more than a minute on Slovenia’s ever-improving Pogacar, who is now second in the overall standings.

Ahead of the 27.2km time-trial, Pogacar described the stage as critical to his chances of defending the title he won in 2020 and the manner in which he raced Wednesday backed up that statement.

Pogacar won last year’s Tour de France by overturning compatriot Primoz Roglic’s comfortable lead in a time-trial on the penultimate day, and here he appeared to do at least as well as that fateful day on the feted La Planche des Belles Filles slopes where he clinched the Tour on his rookie appearance.

“It couldn’t really have gone any better today,” said the 22-year-old UAE rider. “With so many fans along the route it was really emotional and I rate this as one of my best days in the saddle.

“I have changed my riding position, it’s less aerodynamic but allows me a stronger push,” added Pogacar after timing 32 minutes exactly over the 27.2km course, clocking an average of 51km/h (32mph).

His time was 44sec faster than that of Roglic, who fell heavily on Monday, and 1min 18sec quicker than 2018 champion Thomas, who dislocated his shoulder before managing to pick himself up and finish the same crash-marred stage.

Pogacar’s phenomenal ride didn’t quite give him the overall lead but it leaves him in the driving seat for the title, 1min 44sec ahead of Carapaz, with Roglic and Thomas 4 and 10sec further adrift respectively.

“There are still some tricky stages, even an easy looking day, you never know what can happen,” said Pogacar. “I’m further ahead now and attacks will come every day.”

Van der Poel had vowed to defend the yellow jersey, but this was only the second time he had raced a time-trial at the top level, and he reached beyond expectations to hold the lead on his debut Tour.

“He’s a true champion, he deserves his yellow, and he put on a great show, didn’t he,” Pogacar said of Van der Poel.

The raw emotions that accompanied Van der Poel taking yellow on stage two, avenging his recently deceased grandfather and former cyclist Raymond Poulidor, who never wore yellow despite winning seven stages, made way to a lighter-hearted side of ‘VDP’, as fans call him.

“The jersey gave me wings, I’m really proud of this achievement, it’s one I’ll remember,” said the 26-year-old who was cheered wildly by French fans packed tightly along the course.

On a day when a spectator who caused a mass crash of riders on stage one was arrested by French police, there were tens of thousands of roadside fans infringing onto the route as the tension mounted towards the finish line.

“This was the best day of my career, we didn’t think I could keep the jersey today, but we worked well past midnight last night in preparing it all,” said Van der Poel, who had a tailored yellow one-piece suit on.

Another happy man was veteran Mark Cavendish, who kept hold of the green jersey for best sprinter.

“I held back a bit today because there are two flat stages coming up and I’ll need my energy to sprint,” said the Isle of Man rider.

The Briton won Tuesday’s bunch sprint finish to take his Tour de France tally to 31 and close in on the all-time stage record of 34 held by Belgian great Eddy Merckx. 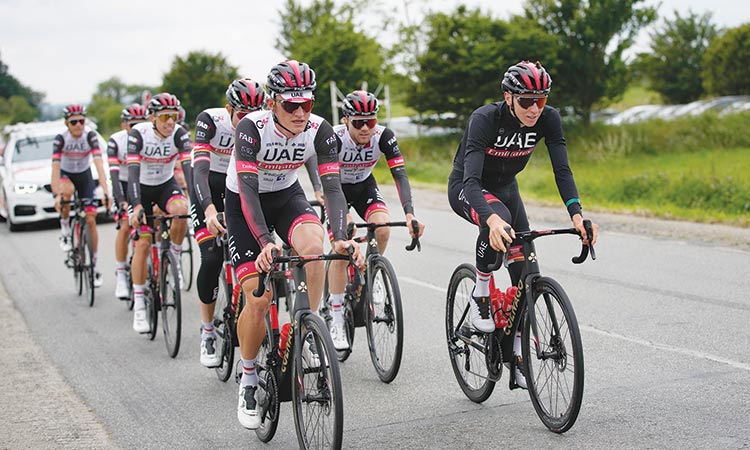