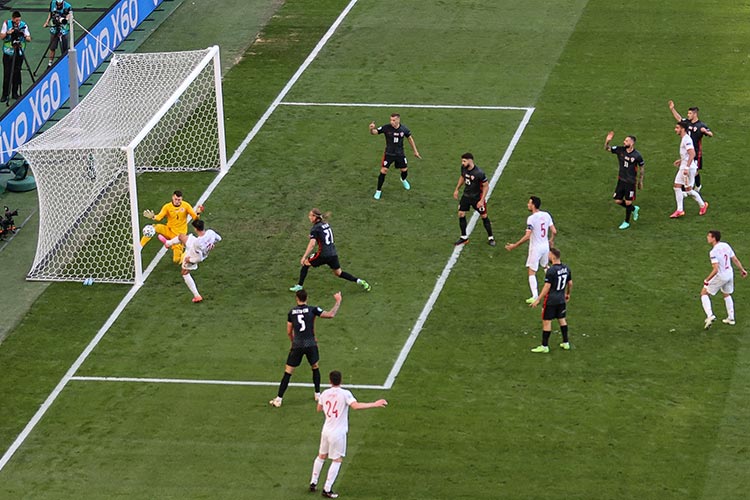 Players of Croatia and Spain in action during their Euro 2020 match at the Parken Stadium in Copenhagen on Monday.

Spain rallied to beat Croatia 5-3 in a round of 16 match and book their spot in the quarters-finals of the Euro Championship on Monday.

An own goal by Spain’s Pedri handed Croatia a vital 1-0 lead in the 20 minute. Four minutes later, Croatia had a chance to double the lead but a misfiring Nikola Vlasic hit a wayward shot as the ball hit right post.

However, Spain kept on attacking to restore the parity. And they finally got a chance when Pablo Sarabia put them level with a 40th minute strike.

Jose Gaya shot at the goal from a close range, but an agile Croatian goalkeeper Dominik Livakovic parried it away with an aerobatic save. A lurking Sarabia exploited the opportunity and put the rebound into the nets to  put Spain at par.

15 minutes after the break, Spain doubled their lead through Cesar Azpilicueta as the striker latched on to a cross from Ferran Torres and slotted home the second with a header, making it 2-1.

However, Croatia missed a golden opportunity to level the score as a wasteful Josko Gvardiol failed to convert a pass into a goal. He was denied by Spain goal-keeper, who made a marvelous save.

Ferran added another to Spain’s tally as he collected a through ball from Pau Torres and latched it into the goal to extend the lead to 3-1.

Two minutes from time, Mislav Orsic found the back of the net to curtail the deficit and make it 3-2. The goal gave Croatia a new lease of life.

Five minutes later, Mario Pasalic intercepted a pass from Mislav Orsic and steered a header into the goal as the score was levelled and the game seemed to be heading toward a penalty shoot-out.

A fighting spain livedup to their reputation and scored two more goals in the dying moments of the extra time. Alvaro Morata and Mikel Oyarzabal were also on target as the match ended in 5-3. 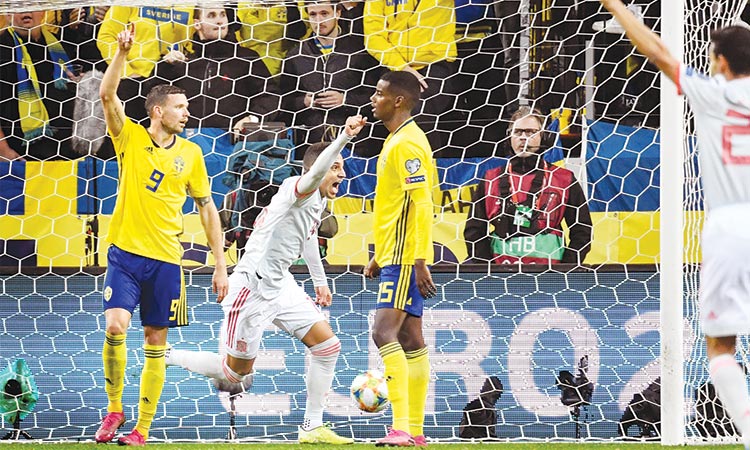 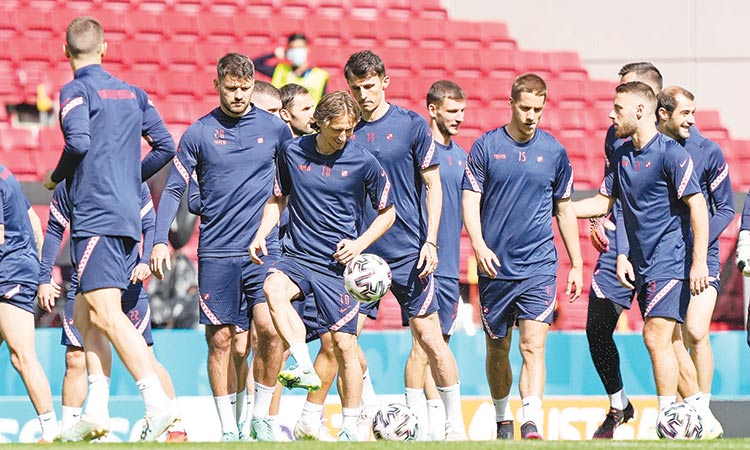 The good news for Spain came all at once, their five-goal rout of Slovakia on Wednesday steering them clear of an early exit and restoring hope they could even win Euro 2020. Luis Enrique said he would have taken any position in Group E as long 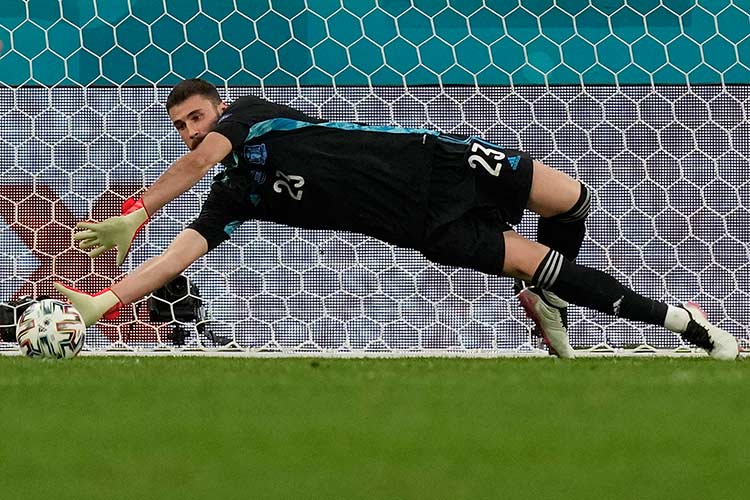 As the battle for Euro 2020 supremacy heats up, most matches seem to end up in a tie-breaker with the winner decided in a penalty shootout (“Spain edge Switzerland on penalties to reach semis,” July 3, Gulf Today).