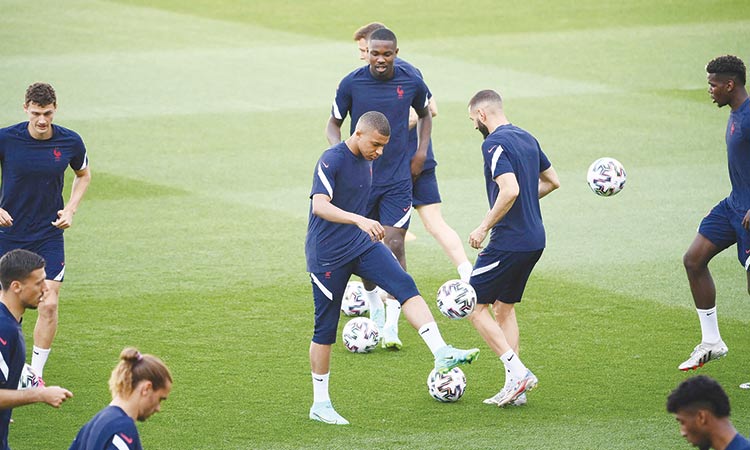 Winning the toughest group at the European Championship wasn’t really a big surprise for the World Cup champions.

Winning only one match in that group was, though. Regardless, it was still enough for France to finish first in Group F and set up a match against Switzerland on Monday in the round of 16.

“A new competition is starting,” France coach Didier Deschamps said. With Kylian Mbappe, Antoine Griezmann and Karim Benzema, Deschamps has enough attacking power to deliver back-to-back major titles, something that would match the country’s achievement in 1998 and 2000.

Benzema and Mbappe swap quick passes and switch positions high up the field, with the quick-thinking and skilful Griezmann operating behind them. But none of them were able to score in the opening 1-0 win over Germany, a match decided by Mats Hummels’ own-goal.

Griezmann did get on the scoreboard in the 1-1 draw against Hungary, while Benzema scored both in the 2-2 draw against Portugal after rejoining the national squad following an exile of almost six years.

“We know we need to improve,” said midfielder Paul Pogba, another of France’s key players.

Benzema is coming off a season in which he had 30 goals for Real Madrid, and one of his previous best performances for France came in a 5-2 win over the Swiss at the 2014 World Cup in Brazil.

He scored one, set up another and had yet another disallowed because it crossed the line just after the final whistle.

The 22-year-old Mbappe, who scored a career-high 42 goals for Paris Saint-Germain this season, excelled at the 2018 World Cup in Russia, scoring four goals on the way to helping France win their second title at the tournament.

He netted one of those goals in the 4-2 victory over Croatia in the final. Switzerland have their own battle with history to deal with.

Deschamps is struggling for options in defence as the football world champions suffer a string of injuries ahead of their last-16 match against Switzerland, according to a France24 story.

The mighty French qualified less convincingly than initially expected after winning just one of three games in the toughest group.

Left-back Lucas Hernandez had to be taken off with a knee injury during the last group game, a 2-2 draw with Portugal, and remains doubtful against Switzerland.

His replacement Lucas Digne is also nursing a hamstring injury and looks unlikely to be fit for Monday, forcing potential changes to Deschamps’ defensive plans.

France are already without Ousmane Dembele after the forward had to be taken off injured in their second group game against Hungary. Dembele has been ruled out for the rest of the tournament and will require knee surgery.

Despite the injuries, France remain the clear favourites against the Swiss, who have never defeated them in a competitive game. The Swiss are hoping to end a run of three consecutive exits in the round of 16 at major tournaments.

Overall, they have not won a match in a knockout stage at any major tournament in 67 years.

Switzerland finished third in Group A with four points, advancing as one of the four best third-place teams.

After a 1-1 draw with Wales and a 3-0 loss to Italy, Switzerland coach Vladimir Petkovic was under fire for what critics saw as negative tactics and a lack of creativity.

The team turned things around in the final group game, a 3-1 victory over Turkey.

Switzerland have never beaten France in a competitive game. In their previous encounter at Euro 2016, the Swiss held host France to a 0-0 draw in a group match. 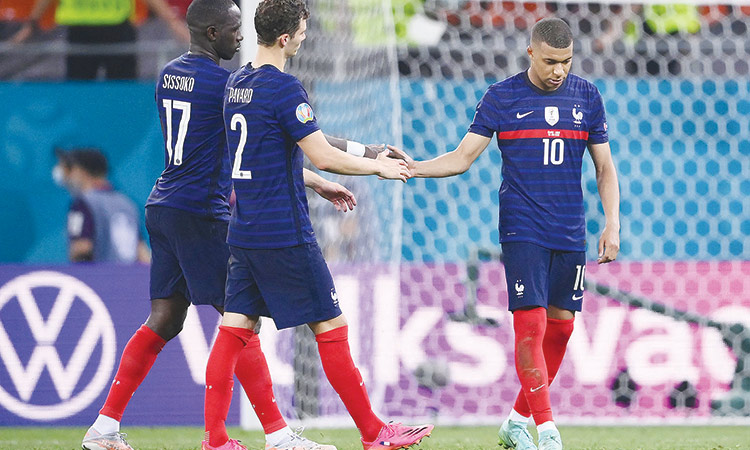 France forward Kylian Mbappe has apologised for missing the decisive spot kick in Monday’s 5-4 shootout loss to Switzerland that saw the world champions crash out of the European Championship in the last 16. Switzerland scored 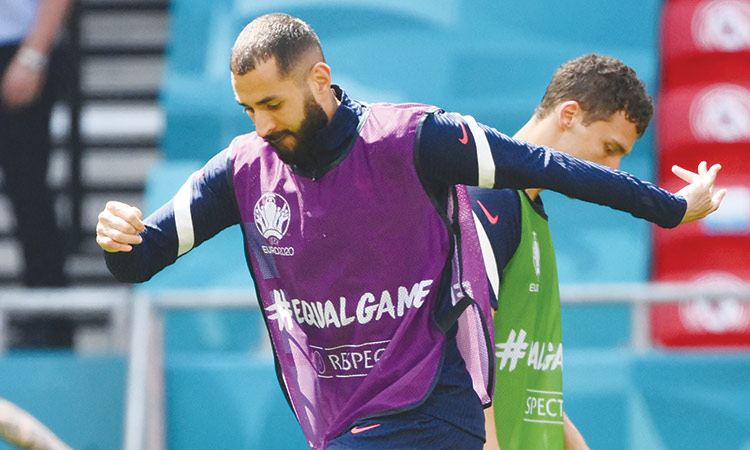